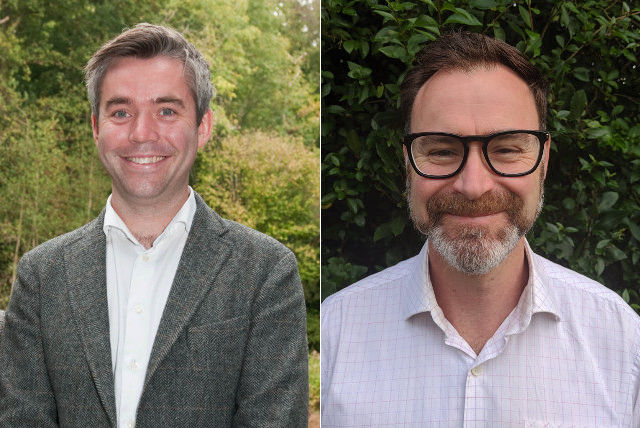 Jack Lenox, the Green Party’s candidate for Copeland, says he has been rebuffed by the Isle of Wight Labour Party, “after extending an offer to pair his vote with the Island’s candidate”.

“I’m not oblivious to the context surrounding my candidature. I am therefore interested in pursuing the option of pairing with someone in a seat where the Greens have the best chance of getting our next MP.”

“I wonder if you would be willing to vote Green on my behalf, and promote that you’re doing so.

“In return, I will vote Labour on your behalf and do the same.”

Quigley: “Fighting to win”
In response to the request, Richard Quigley, the Labour Party’s prospective parliamentary candidate for the Island told OnTheWight,

“The Labour Party will be fighting this election on the Isle of Wight and fighting to win.

“In 2017, we were second-place behind the Tories, thousands of votes ahead of any other parties, and in 2019 we remain the only serious challengers to Bob Seely on the Island.”

newest oldest most voted
Alternative Perspective
As a floating vote who is definitely not voting Conservative again, I’m torn between the Greens and Labour. That said, there is something about the islands Green Party candidate that doesn’t quite sit right with me, although I can’t quite put my finger on it. The labour candidate seems to be a principled guy, with his support for foodbanks and fostering background, he clearly cares for those… Read more »
Vote Up37-17Vote Down
Tim

Arrogance might be the word at the back of your mind perhaps?

Green candidate in Copeland should be smart enough to vote and promote Labour without the need for a ‘paired vote’. He seems out of touch with the fact that the Greens are 4000 votes down on the Island and 11000 votes down (in 2015 GE) in Copeland. In neither seat does voting Green over Labour make sense.

So are the Greens are saying that they haven’t got a hope unless all the other candidates drop out?

I simply relish the opportunity to be able to vote for someone who is clearly a decent human being.

My Labour vote can’t be traded to an unprincipled rabble like the Greens.

Vote Up24-20Vote Down
doughnut
I strongly object to the continued collusion of various parties to limit my choice of candidates. A general election is the chance for ordinary people to make their wishes known and for political parties to be seeking to limit that choice is unsupportable. It is preverting the make-up of parliament and in my opinion brings it and it’s decisions into disrepute. If a party does not have… Read more »
Vote Up9-5Vote Down
Mark L Francis

Reminds me of Hilary asking Bernie Sanders for his votes and he said his voters made up their own minds and he could not just deliver them.
Is Copeland a real place anyway?

Vote Up4-1Vote Down
oldie
I’ve just googled Copeland and don’t understand why you are printing this article? It’s not April Fools Day So it’s quite worrying about how some people have jumped in and made comments In all seriousness without obviously doing any background research on this Parliamentary Constituency first: It throws the Green Party into disrepute to let Jack Lenox act in this way; he seems to be a loose… Read more »
Vote Up4-3Vote Down
ukdave

I’ll be voting Conservative for the first time. They have the best chance of delivering a wealthy, low tax economy, which will benefit everyone. Accepting capitalism and rejecting socialism has proven to deliver the most prosperity for the most people, not only in the UK but globally. Who in their right mind would vote for socialism these days.

What planet have you been living on?

The same one as you, where every socialist country/economy delivers nothing but poverty and hardship for its inhabitants.

…and every Tory lines their pockets and their friends pocket with taxpayer money at the expense of the poorest, weakest and most vulnerable.

And your data to support this view is where?
This is the trouble with the politics of the extreme these days, wild accusations thrown about with no attempt ever to support them with facts. As the Quality Director at my old work place used to say “Speak with data or not at all”.