There’s a question that may’ve been on the minds of many Islanders in the last year and Retired Hack is this week able to provide the answer. 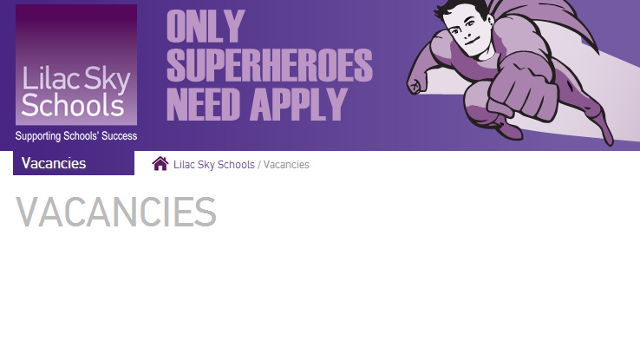 Our thanks to Retired Hack for this latest update on former CEO of Isle of Wight council, Steve Beynon. Ed

Today OnTheWight can reveal the answer to one of the Island’s most enduring mysteries, something which has kept inquiring minds awake at night for well-nigh a year now.

It’s right up there with “why do we need a second mortgage to cross the Solent?” and “who on earth designed Coppins Bridge and left it like that?”.

It’s this. Whatever happened to Steve Beynon?

Unanswered questions
Steve, you’ll recall, left his post as chief executive at County Hall last spring with quite a few unanswered questions ringing in his ears about the state into which our schools had descended on his watch.

No sooner were the May elections out of the way than local Conservatives – first MP Andrew Turner and then council education spokesman Chris Whitehouse – turned their guns on him, demanding answers surrounding a chaotic schools reorganisation programme, plunging exam results, and a cascade into special measures of school after school, leading the government to insist that outside help – from Hampshire County Council – be brought in.

No time for gardening
The erstwhile chief, however, wasn’t in the business of answering questions. Nor was he inclined to sit back and enjoy his substantial local authority pension, topped up with a controversial redundancy payment.

Instead, he was busy setting up a consultancy firm, apEynon, in the apparent hope of selling himself as a “strong strategic leader with proven track record of addressing under-performance” amongst other things.

“Unfairly blamed”?
Then he wrote to an Islander bemoaning various ways in which, in his opinion, he was being unfairly blamed. But for months, it looked as if apEynon’s list of clients could be counted on the fingers of no hands.

That all changed, we can reveal, following the recent sudden departure of the head teacher of a primary school just off the M25 after Ofsted put it in special measures.

Made of the stuff of superheroes?
When staff returned to Waltham Holy Cross Junior School, at Waltham Abbey, at the start of this half term (24th Feb) they found that Essex County Council had put in place a four-strong management team from a company called Lilac Sky Schools. LSS runs an Academy Trust, but also specialises in management contracts of the type Steve is involved in.

Hit the “Vacancies” tab on their website, as perhaps Steve did, and you’re greeted by a banner reading “only Superheroes need apply”, illustrated by a Superman graphic. For a man like Steve it must have been a no-brainer.

Part of the hit squad
The LSS hit squad is led by an executive head teacher, and includes “Mr Steve Beynon who is a former Primary Head”.

The Waltham Holy Cross Website features Steve’s mugshot – he still has the beard – along with some ambitious LSS pledges, including getting the school out of special measures within 15 months. Steve’s role is believed to include “curriculum matters”.

Did LSS ask for an IWC reference?
It is many years since Steve Beynon was “a Primary Head”.

His current LinkedIn page confirms a career away from the classroom since at least 1995, when he began a two-year stint – for Essex County Council – as a “principal adviser”.

So we think it legitimate to enquire of LSS, and Essex County Council, whether a reference was sought and received from his most recent employer, the Isle of Wight Council. It was here, after all, where Steve’s seven-year stint, first as director of education and then as chief executive with director responsibility for education, ended with Ofsted identifying the Island as Britain’s very worst area on a measure of children attending “good” schools.

We will update with their response.

I was just thinking about Steve Beynon the other day. Interesting to hear that he’s sill working in education.

One wonders if a well-known Islander “consultant” in educational reform (and paper clips) is also involved? :-))

I see the IW Tory PR blog-watchers are doing their job! :-))

Vote Up00Vote Down
tinacowes
Has this question really been on the mind of many Islanders in the last year? I imagine the vast majority of Islanders are getting on with their lives and couldn’t give two hoots what a former Chief Executive is up to. I don’t know Beynon but I imagine that those who have taken him on were satisfied with his background and credentials. I realise he may not… Read more »
Vote Up00Vote Down
Wonder Woman

Dear oh dear ‘Tina’. You are so transparent.

Vote Up00Vote Down
mike starke
Call me “unhinged and vindictive”, but I am fascinated to know how someone who – according to an independent official source – was paid out of our tax cash a package worth £185,000 a year (ten times the Island average wage) and left here with the cry of [part of comment removed] ringing in his ears is now taking money from hapless taxpayers in another county. Well… Read more »
Vote Up00Vote Down
Man in Black

It matters to me.

Don’t they have google in Essex? If they do, could they not search Steve Beynon and see what a wonderful legacy he helped create here?

Vote Up00Vote Down
Cynic
If they took a look at http://uk.linkedin.com/pub/steve-beynon/48/ba7/435, they might note that SB claims among other things: “Able to demonstrate significant achievements when introducing cost savings and commercial partnerships within complex projects and organisations whilst also raising standards. Has now established a consultancy service that provides knowledge and expertise developed over many years which offers: 1. Advice and guidance to companies bidding for contracts, original and re-tender processes,… Read more »
Vote Up00Vote Down
greenfiremouse

Steve Beynon is definitely not alone in this type of position. It appears that Keith Simmonds aka Vectis Consultants Ltd has a contract with (have a guess!) Cowes Enterprise College. This is particularly interesting in view of the current headline in the printed version of the County Press!

Vote Up00Vote Down
tryme
We all know how how Steve Beynon came to have a “proven track record of addressing under-performance”, [part of comment removed by moderator] Disappointing that LSS felt happy to be seen looking for white, male superheroes only. What a great logo it would have been to have a more representative array. Still, perhaps better to warn away those who don’t fancy spending their working hours with an… Read more »
Vote Up00Vote Down
why?
Whilst I dont agree that it doesnt matter what Beynon is doing, I do wonder why anyone cares. The man has moved on, got himself another job, and [part of comment removed by moderator] but that is a matter for his employers and himself, not anyone on the Island. David Pugh has also moved on, yet people still seem to obsess about him too. Perhaps OTW and… Read more »
Vote Up00Vote Down
Cynic

@why? “Whilst I dont agree that it doesnt matter what Beynon is doing, I do wonder why anyone cares.”

Vote Up00Vote Down
why?
So what do we do about it? Gossip on a blog… Theres a saying that ‘Those who can, teach.’ I prefer ‘Those who can, do. Those who can’t, talk.’ Perhaps some of the people talking on here, those who genuinely want to see improvement and have the time, inclination and energy to do something about it should decide what they are going to do, then go do… Read more »
Vote Up00Vote Down
Cynic

….. and those who can’t do either, take the money and run away to the mainland?

Vote Up00Vote Down
tryme
Sorry ‘why?’, but as we don’t live in a society where only anyone actively involved in a specific area is at liberty to share info & discuss matters with others – in short, a relatively free and relatively democratic society – you need to get used to it! Leave it all to the experts who ‘Do’? I think not, that’s where it all kicked off! Very many… Read more »
Vote Up00Vote Down
roget

Guess which camp Beynon sits in?

Vote Up00Vote Down
I do not believe it

I’ll tell you why Why! I have two grandsons at infant schools in Essex, and not a thousand miles away from where this Beynon, [part of comment removed by moderator] is now casting his spell.

Is that a good enough reason to care Why?

Vote Up00Vote Down
davidwalter
Essex is lucky. There seems to be an insatiable demand for its glottal stops which are being exported in vast quantities to ex-public and grammar school boys and girls around the nation. Glottal stops are now considered de rigeur by the likes of Ed Milliband, Adam Boulton and did I hear a seedling glottal stop emerging from Cleggie? Maybe a Dutch glottal stop whatever that’ll sound like… Read more »
Vote Up00Vote Down
tryme

It’s so patronising of politicians to try to sound nonchalant in their self-serving use of the g/s. I bet they talk naturally in private! I don’t mind how people speak, except if they’re trying to sound like ‘ordinary people’, (yuk term), to mask their backgrounds.

I believe Estuary English is an expensive additional language course at Eton.

“Bleedin’ ‘ell! It corsts dose ponces a lotta gelt a lern a speek like vose geezers d-uvver side uva wat’r!”