It’s not been the average day for Island Line staff or passengers. First there were horses on the line, then, following a power failure, passengers went back in time to travel by Steam Railway. 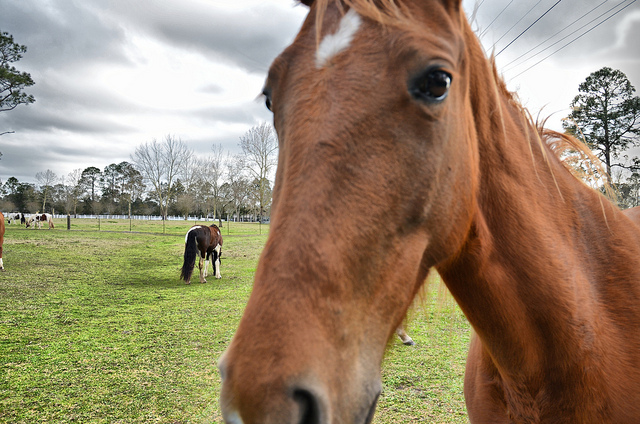 It’s an event that will have people saying “only on the Isle of Wight”.

Commuters were struck by travel delays earlier this morning (Thursday) after Island Line trains had to suspend their service due to ‘horses on the line’.

Luckily the horses were swiftly moved on and the train service was back to normal by 8.30am.

Steam train to the rescue
However, for Island Line the disruption didn’t end there, because just before 11am a train heading for Ryde failed with what appeared to be a total power failure at Smallbrook Junction.

By chance, an Isle of Wight Steam Railway train was also at Smallbrook Junction on the opposite platform.

Rather than passengers wait for power to be restored, the steam train took the Island Line passengers to Havenstreet, where waiting taxis took the passengers on to Ryde.

“We were only too pleased to be of assistance. It was a little ironic that our locomotive in service is the newly restored Ivatt 41298 which was built in 1951. This is modern technology compared to the 1938 tube stock operated by Island Line.”

Image: karsund under CC BY 2.0

I actually double checked the date when I read the headline…

Not a good day for islandline then. Well done to the isle of wight steam railway. The passengers would of had to wait a long time for a bus replacement at smallbrook as there is no road access to that station.

Yes, you’re right. I’d forgotten about that. Will amend my foolish words ;-) Thanks for the heads-up!

Good for IWSR. Shame the junction doesn’t interconnect to Island Line which would enable the Ivatt loco to steam on to St John’s Road.

I believe the lines physically connect at Smallbrook, but IW Steam Railway can’t run on the Island line for a host of legal & safety reasons. I think (but I may be wrong) that the IW Steam railway is a “light railway” as opposed to the Island Line which has a different legal standing. I hesitate to call it a “main line!”

The steam railway line terminates at Smallbrook junction but there is no actual “junction” there. There is no physical linkage between the two railways.