Ian has clocked up another 1,000 miles in his quest to cycle 11,680 miles – one mile for each and every man who will lose his battle with prostate cancer in 2019. 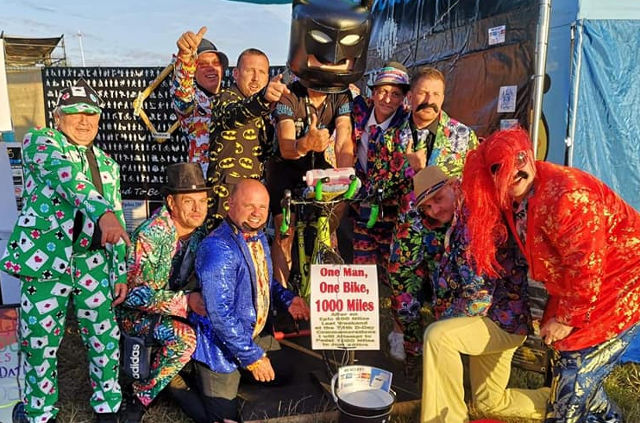 In his 50th birthday year, Ian set himself a huge mileage target in aid of Prostate Cancer UK, some 11,680 miles, that’s one mile for each and every man who will lose his battle with prostate cancer in 2019.

Every 45 minutes of every day, of every week and every month, one man is lost to this cancer and another family is devastated.

Festival cycle
At the Festival Ian cycled for 31 hours, raising money and awareness for this vital charity.

It’s worth bearing in mind that he did this despite twenty years ago being diagnosed Fibromyalgia, a chronic pain disorder. He also has eight damaged discs in his spine, Arthritis and Tempro-mandibular dysfunction disorder.

How to support
If you can spare any money to show your support for Ian’s efforts, it’ll be greatly received.

Either online via Just Giving, via Facebook, or you can send a cheque direct to the IOW Prostate Cancer UK group by calling Ian on 07557 52 56 20 or email at alltrades.iw@gmail.com for more information.