When a conversation starts, “No one has the imagination big enough to envisage the extent of Human evil …” you know it’s going to be an interesting chat. OnTheWight sat down exclusively with John Cooper Clarke this afternoon for a wide ranging discussion. 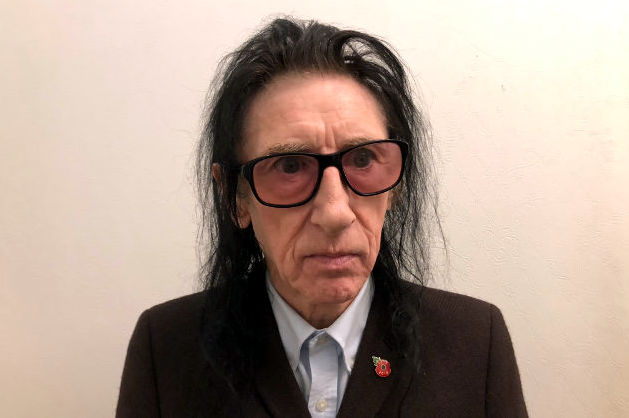 As part of his latest show touring across the UK, USA, Canada and Australasia sharing his unique observations on life, but today the original People’s Poet, Dr John Cooper Clarke, is right here on the Isle of Wight.

Ahead of his Shanklin Theatre show tonight (Monday 12th November), we were lucky enough to spend a little time with JCC this afternoon in Shanklin.

The opening line – which I caught by hitting the record button when we were chatting about the Internet (of which JCC is not a great user):

“No one has the imagination big enough to envisage the extent of Human evil – I think that’s the Liberal delusion of the late 20th century – that people are basically good. There’s no evidence for that.”

We covered a lot
It took me a little while to get into the flow of how to sit down with him. We talked about:

The podcast contains some strong language, so best not to listen if you are easily offended.

See him today
Dr John Cooper Clarke will be performing at Shanklin Theatre this evening (Monday 12th November). There are still some balcony seats left if you fancy popping down.

Comedian Simon Day – who you might know from The Fast Show among other things – will also be performing, so you get two for the price of one!

Tickets are priced at £22.50 and can be bought via the Theatre Website, or on the door.

Filed under: Island-wide, podcast, poetry, Shanklin, The Arts, What's On

Pity this story was put out 24 hours after the event; would have liked to have attended, were tickets still available.

Vote Up2-9Vote Down
Sally Perry
This podcast was published just hours after recording on Monday afternoon, and before the event took place (not 24 hours after as you suggest). There was also a posting here about it in August (here) and it was listed on Events OnTheWight too (here) and regularly posted to our social media network over the last two months. Not sure what more we could have done to let… Read more »
Vote Up70Vote Down