Independent councillors say a school-boy-error has been made. The possible impact? A £4.8m hole in the County Hall Refurb Budget

Readers who have already commented on the estimated £4m cost of the remodelling County Hall to accommodate extra staff, may be interested to hear of a claim that was made by opposition councillors at the last Full Council meeting. 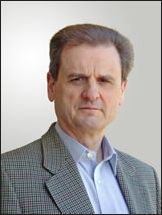 Figures credited not debited
Readers might remember that the IWC claimed that cutting the number of its operational buildings and re-housing staff at County Hall would save an estimated £4m in the first two years of the project.

However, during the full council meeting on 16th March it was revealed that outgoing interest payments of £97,660 per year, had mistakenly been treated as a credit, not a debit to the project.

It has been calculated that this would add up to a £4.8m impact over the 25 years of the project.

Cabinet member unaware
For once VentnorBlog wasn’t reporting live from the Full Council meeting, so we’ve had to wait for the council’s own audio recording of the meeting to be released to hear what went on.

The recording (placed above for your convenience) reveals that Cabinet Member Cllr Hunter-Henderson was asked by Cllr Welsford whether he knew the size of the loan and the amount of annual interest required for the Transformation Project at County Hall.

A long pause followed, after which Cllr Hunter-Henderson, the Cabinet Member responsible for the programme, stated that he’d have to provide a written answer as he didn’t have the information to hand.

Savings £4.8m less than stated
Cllr Welsford then asked whether the Cabinet member would take full responsibility, if it could be demonstrated that the savings would be £195,320 a year less (£4.8m over 25 years of the project) than stated in the project business case, which the decision was based on.

Queue another long pause – this time followed by Cllr Hunter-Henderson stating that the decision was based on figures provided in good faith to him by the officers and he’d received assurances that the figures were correct – not answering the direct question.

“It wasn’t just down to me,” came the reply from Cllr Hunter-Henderson, again not directly replying to the question. He want on to state that they had formed a Transformation Delivery Board, membership of which also included Cllr Pugh (Leader); Cllr George Brown (Deputy Leader); Steve Beynon (Chief Executive) and the Director of Resources (Dave Burbage), all of whom met monthly to go through the figures in detail.

Cllr Hunter-Henderson asked Cllr Whittle to forward the information, which he in turn would ensure the Director of Resources looked at in order to be able to provide a written answer.

We approached Cllr Hunter-Henderson yesterday for a response but have not received a reply at time of publishing.

More financial fairy stories from the Brothers Grimm. Isn’t it about time this team of crooks actually told us the truth- but then I suppose they wouldnt know the truth if it bit them on the bum, they will say anything that they think we will accept- isn’t it time that we complained to the standards committee.

A further comment, I have already raised the matter with the Scrutiny Panel with regard to the figure of Â£350,000 for IT cabling. I consulted a professional IT consultant who knows county hall and his estimate was Â£100,000. So I asked the Scrutiny panel where the other Â£250,000 was going. I haven’t had a reply (Surprise surprise, it takes a while to cook the books)

Vote Up00Vote Down
Lilly
Glad you’ve been on the case Sally, and that Cllr. Welsford & Cllr. Whittle have been doing their homework and asking some important questions. Seems endemic in the Conservative heirachy of the Council that they have no grasp of basic maths let alone anything else, children manage better with their piggy banks. They definitely shouldn’t be in charge of other peoples money. Sad Cllr. Hunter-Henderson resorted to… Read more »
Vote Up00Vote Down
retired hack
Assuming that this isn’t premeditated dishonesty, then it’s a shocking schoolboy error which undermines the entire case for the project. But who should be fingered for it? It would be nice to know how many GCSE maths passes Messrs Pugh, Brown and Beynon have between them, but they might say, with some justification, that they’ve employed Dave Burbage – sorry Dave Burbage Consulting Ltd – on a… Read more »
Vote Up00Vote Down
Janet

What else is going to crawl out of the woodwork
Today we find that concessionary passes will no longer be valid on Island Line Trains when there must have been funds in the budget for this in March.
Then this lands on the doormat
Someone needs to own up that they don’t have a clue how to run the organisation and hand over the purse to a competent person

The fact that the over 60s have free travel on Island line trains was used by the IWC in their reply to the solicitors of the Friends of the IW Library Service, this letter was dated 28 March so it seems that they tell lies to Solicitors as well!

No shortage of comedy & tradegy from our (2 star only, officially barely adequate,) council, is there?
So, our expensive dictatorship’s demonstrably p***poor grasp of financial detail may well explain their unrivalled enthusiasm for PFI, excessive pay for the few, redundancies for many, shrinking the economy, service cuts….

If the County Press were present in the chamber during this meeting and three weeks have passed since the meeting, has anyone seen whether they have found space to report it, either in the newspapers that they have printed since then, or on put it on their Website?

Might it be that IWC are the CP’s biggest advertiser? It’s not the first time that council-critical stories have been ignored, down-played or lost.

Interesting that the CP didn’t cover the claims made by the independents in the full council meeting, but printed a denial of any ‘wrongdoing’ by the council on page 3 (yes 3!) of this week’s edition.

Vote Up00Vote Down
The Tree
Well as so many have said ,they won’t be here to pick up the pieces. In other authorities I’ve worked ,things have not been perfect,but I have worked with councillors with some knowledge of the law,accounting,planning issues,highway guidance,social services.. We’re marooned here,partly because of our geographic islolation,our demographic and our unitary status,it’s difficult. All we can do is write our letters ,go on marches and talk to… Read more »
Vote Up00Vote Down
adrian nicholas
This apparent error and the ‘etimates for budget over 25 yrs staggeringly overlooks both inflation interest rates and supplies and contractor overheads and development borrowing bank rate rises invariably passed directly onto the customer- ie IWC, which ,like mainland PFI’& notably Portsmouth St. Marys PCT hospital rebuild, Fareham, have omostly resulted in vastly increased final completion costs. For a similar posible outcome comparison one could cite the… Read more »
Vote Up00Vote Down
adrian nicholas