Investment and jobs the focus for new regeneration programme

The new regeneration programme identifies 11 significant regeneration sites in Newport, Ryde and The Bay, where it’s believed projects are the most deliverable and will have the greatest positive impact on the Island’s financial challenges. 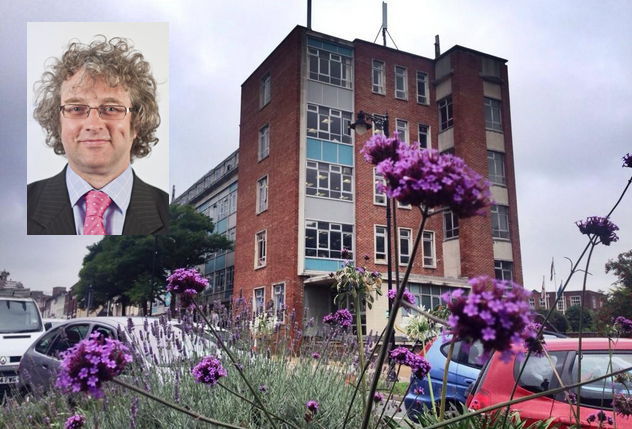 Potential opportunities to improve Island prosperity and sustainability have been identified in a major new regeneration programme unveiled by the Isle of Wight Council, designed to bring key investment, jobs and other financial and community benefits to the Island over a ten year period.

The new programme – due to be considered by the council’s Executive on 15 December – identifies 11 significant regeneration sites in Newport, Ryde and The Bay (including some where the council is landowner), where it’s believed projects are the most deliverable and will have the greatest positive impact on the Island’s financial challenges.

In addition to the 11 sites identified, the council will continue to support existing regeneration activities, including those at East Cowes, Dinosaur Isle and with housing associations, such as Sovereign (formerly Spectrum).

“We are determined to bring fresh investment and create wealth and many more jobs on the Island to ensure we have a bright and sustainable economic future. To do this we must be innovative and creative in our thinking, and bold and ambitious in driving ahead with regeneration projects.

“The regeneration programme going before the Executive is a key starting point in this process, and there will be much fine-tuning as we seek to implement the plans – as well as all-important consultation with key stakeholders and the public.

“It is vital we focus on regeneration, productivity and growth for the Island and the council – and as well as bringing investment and jobs, the programme is intended to generate income for the council that will enable it to continue to fund key public services for the Island’s community.”

11 key sites
The council’s Executive is being asked to adopt the regeneration programme, which highlights the potential financial benefits in the development of the 11 key sites – including the creation of key additional business rates and council tax income for the Island, as well as access to the government’s new homes bonus.

“These indeed are ambitious plans and as they are developed by our new regeneration team they will of course be moulded to reflect local community and the wider Island need, but also with a view to maximising economic benefit for the Island. The sites identified are a starting point, and are the most deliverable because of the council’s actual or potential involvement with them – but the programme doesn’t rule out other projects being included. There are also, of course, the existing projects we have been working on as well.

“The council has been hit incredibly hard by the national austerity agenda, with almost £60 million removed from our budget over the past five years, and a further £24 million required over the next four years. Our medium term financial plan, approved, by Full Council in October, recognises that we cannot sustain services to the community purely by making savings, and so is very much a ‘regeneration’ plan focusing on maximising income and revenue through the innovative and bold use of council land and assets.”

“This is a vital initiative for the council’s and Island’s economic future, and we are determined the programme will help to maximise the benefits from these key sites, and help to project the Island as an attractive future location for inward investors and private funding.”

Acquiring land from HCA
The report to the Executive also recommends negotiating the acquisition of employment land from the Homes and Community Agency at Kingston Business Park, East Cowes and the Island technology park, Whippingham.

This will ensure the council has a secure supply of employment sites, especially in the marine sector, to support its aspirations for the short to medium term.

The programme identifies and analyses the potential benefits of 11 key strategic sites in Newport, Ryde and The Bay (the majority involve council owned land):

That’s when I started laughing.

So, basically, flogging off more stuff and employing a team to the tune of £1M a year to do it? ( Maybe we could bring back PFI star Jay? ).

Great idea CB 500. I’m sure Jay would jump at the chance to get some more IOW cash. Sorry, I mean ‘advise us yokels’ on a brilliant scheme that will lead to thousands of new jobs, awesome regeneration possibilities and trebles all round. Incredibly, all at no cost to the Island, it’s just like PFI Mark 2 isn’t it?

A million a year? Bargain.

This lot couldn’t organise a tiny tot’s tea party let alone a regeneration programme. Another waste of our money.

Would that last key site identified (sandham middle school) be the same site that the Council has allowed to become so derelict that it now needs bulldozing to keep us safe?

Is it a new game, Kerry?

I think they have all been sniffing too many of the plants in the above picture and possibly taking some of whatever else is growing in the garden!

Vote Up00Vote Down
Colin
I think I want to apply for the job of Head of Regeneration. It sounds just up my street. I have a vivid imagination matched with outstanding aspiration. I can talk for hours about everything and nothing and what is more, I am prepared to save the council money by doing the job for less than the £100,000 advertised. I will acheive all that the other candidates… Read more »
Vote Up00Vote Down
Tim

There is a very obvious solution to these issues, but I get trolled every time that I mention it!

Vote Up00Vote Down
Colin
I do hope that before attending the meeting the councillors will have read all 61 pages of Appendix A which is the full consultants report. I have. This would appear to be typical of the “land and expand” stategy used by consultants. It is a way of the consultants making money, not the council. I refer to the last pagess of the document. Quote- 6.1.2 Set up… Read more »
Vote Up00Vote Down
Colin

Sorry for the above. it was a copy and paste and it doesn’t come out that well.

Here’s a link to the full report as contained on the council website.

Vote Up00Vote Down
Angela Hewitt
Years ago when I was a councillor I happened to stand in for someone on the economic development committee. They were debating the merits of guaranteeing the developer of the St Cross Business Park for £225,000 in case he couldn’t off load the premises. Knowing the Island as I did I opposed this as I could guarantee that the council would be baling him out. I was… Read more »
Vote Up00Vote Down