Amazing effort from the 22 competitors in the Wight Tri Championships held yesterday. Full report within 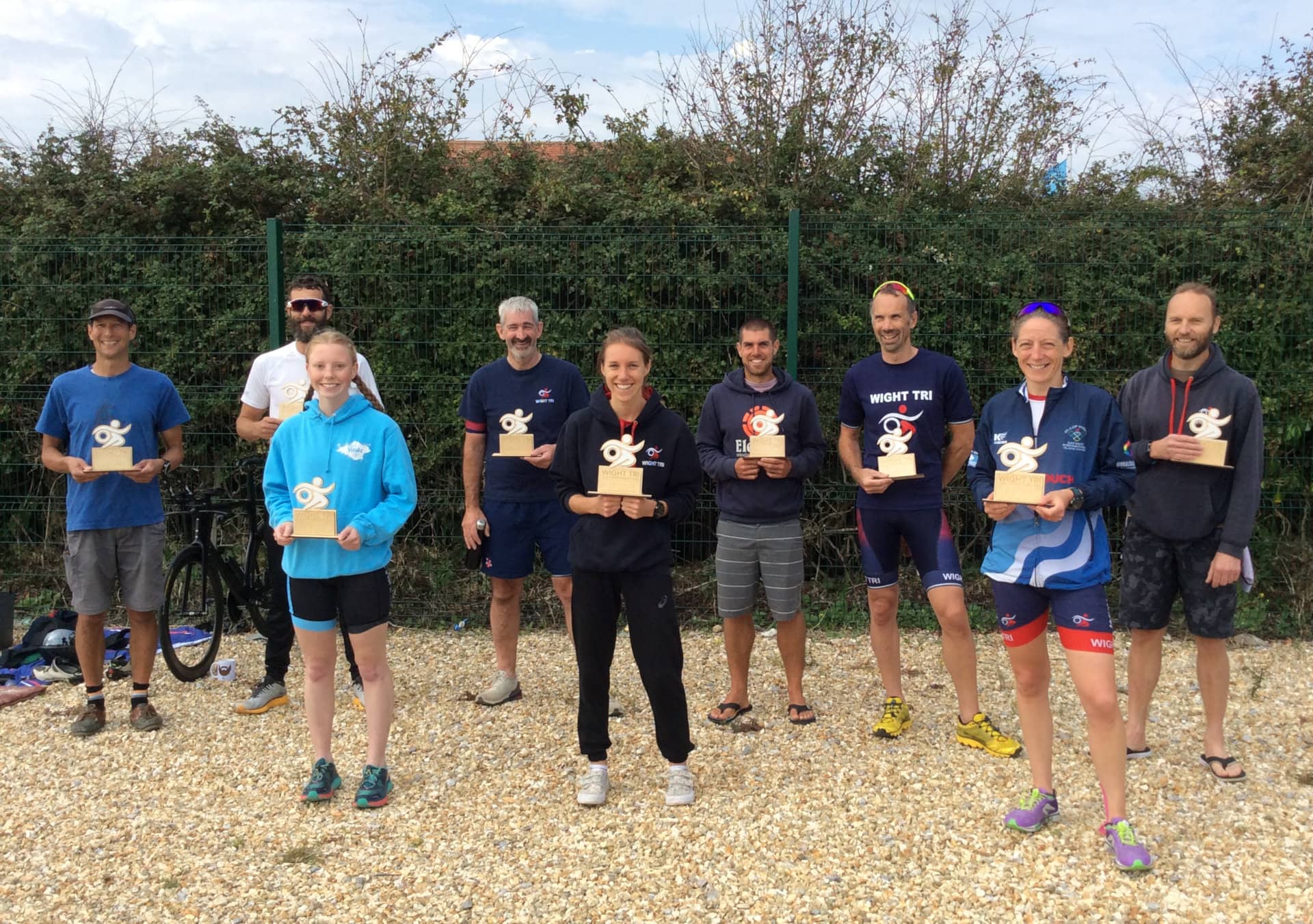 Male and female club champions would be decided over the ‘long course’ and nominated time champion available to all competitors. 22 competitors took part in a restricted numbers event due to British Triathlon Federation and national Covid regulations.

Fastest swim was by eventual male winner Adam Tuck in 11:45 followed by Richard Bulmer in 11:54 and Natalie Ellen the eventual female winner in 12:00.

Lapped circuit cycle challenge
The bike stage took competitors from Yaverland on a lapped circuit past Culver down and Bembridge Airport before returning via Hillway/Whitecliff Bay.

In the ladies race Jan Fletcher (52:39) overhauled Natalie Ellen (57:34) to take a three minute lead heading out on the run. In the men’s race Dan Morgan held a three second lead from Craig Wilson as they departed to head up to Culver Battery with Daron, Adam and Sean all within two minutes of the lead.

And the run
The run headed up Culver Down onto the road near the cattle grid followed by a loop of the battery and then a fast downhill return by the same route.

Thanks go to Neil Cooper for organising the event, Kevin Winchcombe for help with Covid compliance and pre-event setup and Liz Dunlop for arranging the venue and pre-event setup. A thanks also go out to all marshals and competitors for making it a successful event. Thanks also to Yaverland sailing club for the use of their premises.

Next meet
Next events in the Wight Tri calendar will be the winter duathlon series (run/bike/run) that will be scheduled in the next few weeks.