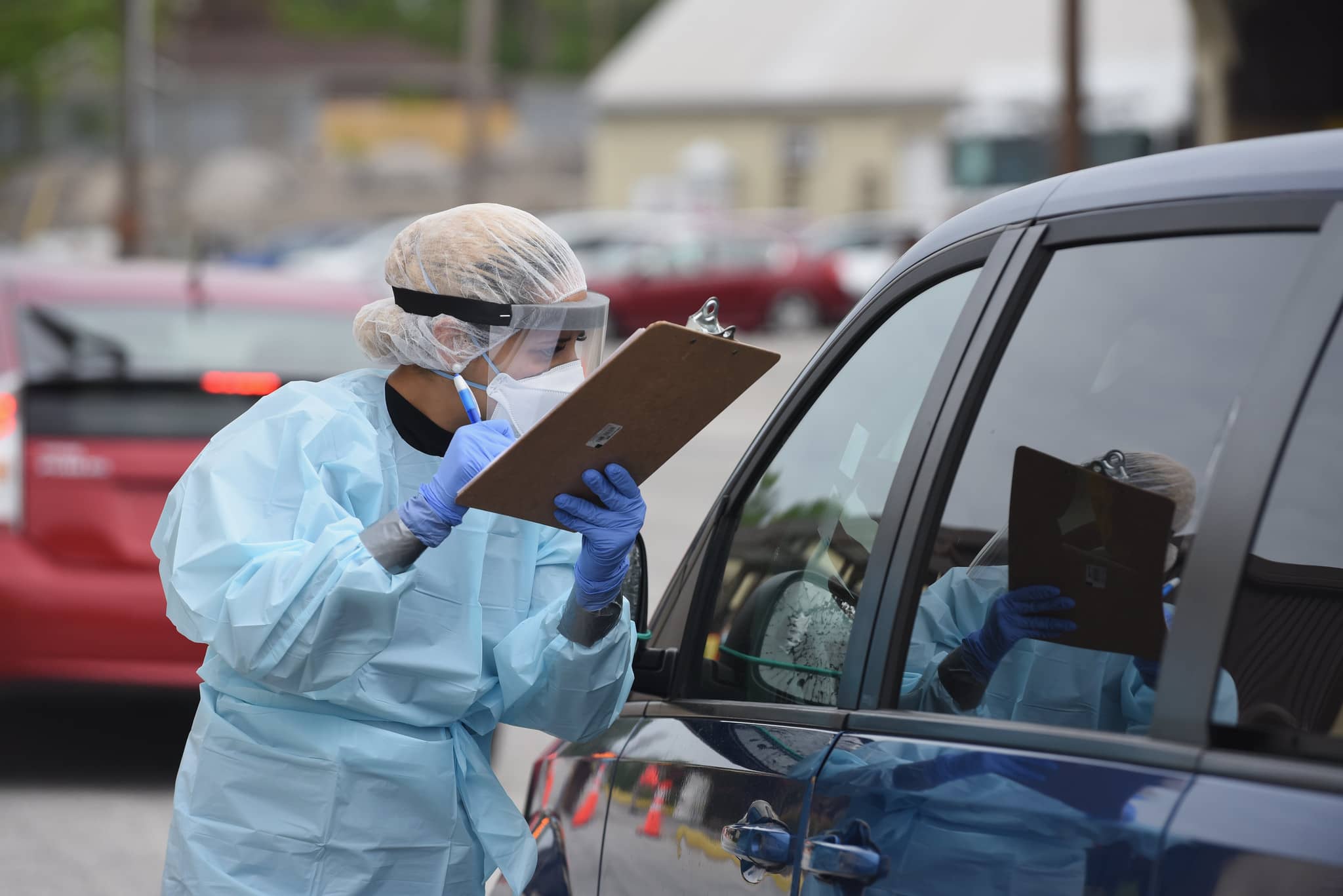 Nearly 200 people have been to the Isle of Wight for Covid testing — but figures have tailed off dramatically in recent days.

As reported by News OnTheWight yesterday, the Deputy CEO of Isle of Wight council had said approximately 30-40 people were coming to the Island for testing – it is now revealed that she was referring to each day.

The Isle of Wight Council has confirmed, at its height, up to 40 people a day were coming over, but this is now down to virtually zero.

Perera: We are monitoring the situation
At the first meeting of the Isle of Wight Council’s local outbreak engagement board held yesterday (Thursday), Wendy Perera, assistant chief executive, said as soon as the council became aware of the numbers, it did contact the national test and trace team, as well as the company which runs the testing system, to find a solution.

“People were using public transport to get to a drive-in test centre, which the guidance says not too. Over the last few days, we have seen none, possibly one.

“We are monitoring the situation and we will react to that.”

200 Mainland referrals
Figures from the Isle of Wight Council, which monitors attendance at Newclose Cricket Ground, the Island’s testing centre, show just under 200 referrals had been logged from Mainland address since 23rd September.

Between 23rd and 30th September, 186 people travelled to the Island for a Covid-19 test.

A council spokesperson said, however, from 1st 1 to 5th October, only 11 people presented at the test centre from the mainland.

More testing options have been introduced on the mainland, in Portsmouth and Southampton, making it easier to access tests and stop the unnecessary travel across the Solent.

The Isle of Wight Council has also been working in partnership with the ferry companies and authorities on the mainland, sending the message to not come to the Island for a test.

The testing allocation system has introduced a 75-mile cap nationally to stop people travelling as far but it fails to recognise the Solent as a body of water which most people will need to use public transport to cross.

Image: mdgovpics under CC BY 2.0

Nice avoidance of actual numbers from the Deputy CEO yesterday….she was referring to daily figures!
This is absolutely outrageous and should never have been allowed to happen!
No wonder the rate is rising across the whole country if this is what Local Councils are allowing to happen.
Just put all Island residents at risk while you ‘swerve’ a question!

“Shocking” does not even begin to cover this! Have those in contact with these people on the ferries been contacted and asked to self-isolate? And don’t forget, each person must have made two journeys…. there and back, so double that figure for journeys made!

This has got to stop.If this really is serious then the island should not be taing people that have been potentially singled out with the virus Also the ferries need to stop letting people out of their cars. Its simply a risk that does not need to be taken.

Careful people, scam phoning island phone numbers purporting to be Sky Maintenance / insurance / cheaper contract, as ever do not give them any info and keep them on for as long as possible saying you have to get the bill payer etc. All the best

What planet are you on man

Ask Coincullor Churchman and she’ll tell you she opposed the introduction of the virus because of New Zealand.

Scandalous, and Dave Stewart says keeping us safe is a priority what a joke just like him and sausage Seely. Time for this Tory led Council to go big time.