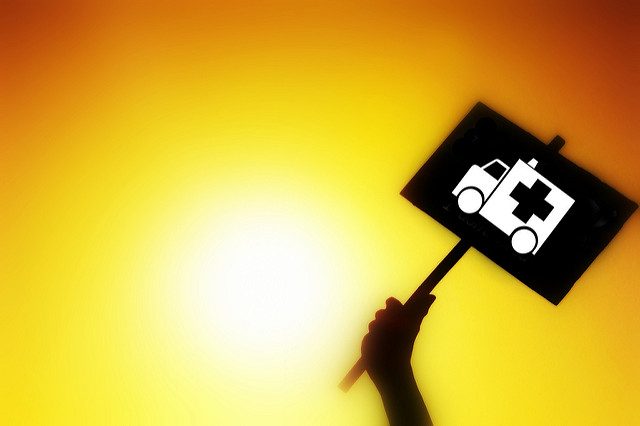 At last night’s full council meeting (catch up here) the isle of Wight council were presented with a petition, calling on them to reconsider plans to close mental health day care centres.

Colleen shares below her thoughts following the vote. Ed

As I was leaving the council meeting, where our petition to save the Mental Health Day Centres had been resolutely rejected by the local Tories, I was approached by an older couple, and now I can’t get them out of my head.

Their family member, hospitalised several times due to her mental health, relies on the services offered by the centres, for both her safety and her recovery. They are terrified. They feel their family member is at risk, they are out of their depth in terms of their ability to help, and the one service that has been helpful is now closing, and they do not know what will happen next.

Alternative provision unclear
They asked me, in all sincerity, what might happen, and I know I shouldn’t, but I feel like I let them down because I do not have the answers, all I could tell them is that she should have had her needs assessed and, hopefully, some alternative provision, as promised by the council, will be provided.

Despite my asking during our presentation at the meeting, information regarding what the alternative provision might be, alludes us still.

It is my personal belief (although I profoundly disagree with her, because I have consulted extensively with those who will be affected), that Cllr Mosdell, our Mental Health Champion and Cabinet Member for Adult Social Care, believes the council is doing the right thing, I believe she is doing the best she can with what she’s got, and I believe she genuinely cares.

Mental health is not a choice
But in trying to demonstrate that the services need to be updated, she seemed to inadvertently imply that needing treatment for mental health problems is some sort of choice, talking about not encouraging dependence on services, and ‘building resilience’.

It belies a woefully inadequate understanding of mental illness. I don’t see anyone suggesting the closure of cancer wards because patients should be more resilient. Since the meeting, I have received an email from another service user, making the same point – he found this sentiment offensive.

Consultation findings
During my presentation, I spoke of what we have learnt from consulting with the service users, mental health professionals and the public during our campaign to save the centres. In a nutshell:

I could have told you their response the day I started the petition, same old, same old: ‘cutting a service improves a service, we’re doing this for you!’, ‘its not our fault, its orders, cuts from the national government (we endorse)’, ‘only a small number of people will be affected (because we manipulated the stats and have not properly promoted the service in the first instance)’.

Councillors spokes in support
I must sincerely thank the Councillors that spoke passionately in support of the motion, Cllr Lilley, Cllr Jones-Evans, Cllr Brodie, Cllr Andre and Cllr Garratt, thank you very much for your support, for your willingness to listen.

Thank you to all who signed at supported this petition, and to UNISON for their support, especially supporting staff. My biggest, most heartfelt gratitude to the courageous service users, staff members and family members brave enough to be part of this campaign.

Holding power to account
I know it feels pointless too often. But we hold them to account, we don’t let things slip by unnoticed, we make our feelings known and clear, we make sure our brothers and sisters know we, the community, really do care.

We vote them out at the next available opportunity, and make sure others know why they should, too.

I’m so sorry I don’t have more to offer in terms of comfort. I am particularly sorry to the couple I met after the meeting, and I really hope everything goes well for your family member. You have my contact details, should you need them.

newest oldest most voted
Alternative Perspective
The decision to reject Colleen Brannon’s 7000 strong signed petition is solely a political decision made by a Council that has zero intellectual and moral integrity. As usual, it targets the weakest and most vulnerable in our society, and simply offloads the burden of care to be picked up further down the line by other agencies, like St Mary’s Hospital, once sufferers conditions have become far worse,… Read more »
Vote Up36-2Vote Down
skippy
I personally would like to thank Colleen for determination and passion to put this petition in. It shows the current administration for what it is mere words. I would like to see what impact and risk assessments this administration have made. I suspect nothing consultation is another way of saying we will go through the motions but won’t pay attention. Those who voted this through we will… Read more »
Vote Up33-1Vote Down
skippy

Shame on the other media outlets for not giving this more coverage.

Why would you upset the IWCouncil given the huge media budget they have, and can choose who they place it with.

I’m so glad we have OnTheWight. Thank you Sally and team.

The Hypocrisy of this situation the Council are advertising a assistant director of re generation with a salary of over 80k with relocation expenses 8k relocation payment. Now tell me they are not take the Mickey

According to the Council hierarchy you have to spend money in order to save money, in this case at the expense of the weak and vulnerable.