Lawful Development Certificate [LDC] has now been granted for 25 houseboats at Bembridge Harbour instead of the earlier application for an unlimited amount. 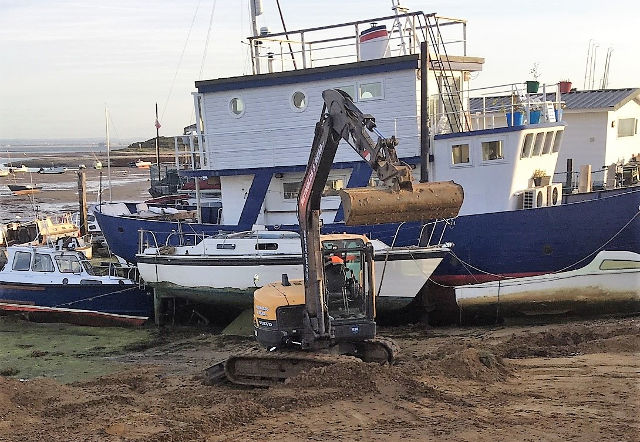 The Isle of Wight Council grants a Lawful Development Certificate [LDC] for 25 houseboats at Bembridge Harbour.

There was a public outcry leading to over 250 formal comments when this “LDC” application was first applied for.

This was because the application was for an unlimited number of houseboats in a large area of undeveloped harbour where no houseboats had ever been moored. This same area is used extensively for sail training and racing and an SSSI and RAMSAR protected ecological site.

This type of LDC process can only lawfully be applied to regularise longstanding existing uses evidenced in the application, in this decision the Planners concluded the 25 houseboat plots were evidenced and should be consented. They also concluded that the rest of the land remains in harbour use, such as navigation and for short term mooring of vessels going about their commercial or recreational business.

Over two years fighting
What should have been a relatively simple matter required 2.5 years of persistent effort by Bembridge Harbour Trust and the conscientious application of Planning and Harbour law by the Planning Authority.

The time taken was as a result of the strange, incomplete, confusing and changing information submitted as fact by the Statutory Harbour Authority and its agents.

It was surprising that corrections were necessary, as the Harbour Authority was in full knowledge of all the facts, being the direct landlord on the 25 plots which have been occupied for the ten years or more needed to qualify as lawful.

“The decision goes some way to ensure existing commercial, training and recreational uses of the harbour can continue and be enhanced, rather than risk them being displaced by unlawful houseboat development now or by any less scrupulous future owner.”

Claims undermined by work and sales
Despite the Harbour Authority claiming that it had no intention of securing additional houseboat plots through the Lawful Development Certificate planning process, the claim was undermined by the Harbour Authority arranging works on new plots, sales of new plots, and the actual and proposed placing of houseboats on unapproved sites, before this decision.

The ruling comes as The Trust continues to work to promote harbour management in line with planning legislation, Acts governing management of harbours [b] and the Department for Transport’s – Guidance on Ports Good Governance. [c]

Footnotes
a): Email from Mr Thorpe as SHA to Mr Watson 27.09.18 “I have arranged for some work to be carried out to the adjacent houseboat plot this weekend.”

Image: Digger carrying out works on unconsented land in a RAMSAR and SSSI designated area on 29th September 2018, works the Statutory Harbour Authority advised they “arranged” on a “houseboat plot” [a)]