As reported last week by OnTheWight, the 3,000+ signature petition will be debated at next week’s full council meeting. IWC announce they will meet with business associations over parking charge plans 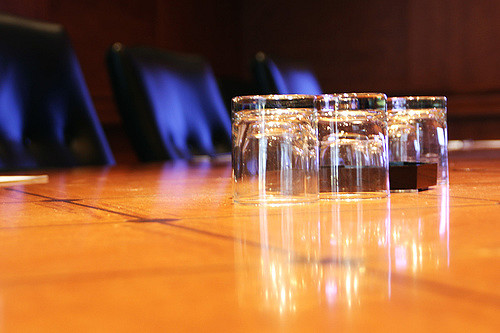 Senior councillors will meet with local business representatives to discuss the proposed new parking charges in Newport and Ryde.

Leader of the Isle of Wight council, Cllr Dave Stewart, and other Cabinet members want the views of the business associations in both towns about the budget plans.

Cllr Wayne Whittle, Cabinet member for regeneration and business development, was among those to raise issues about the parking proposals at last Thursday’s Cabinet meeting.

Leader: “It’s right we listen to them”
Cllr Stewart said:

“We understand that changes to parking charges are a big issue and that’s why we’re meeting with our business community to discuss the potential impact and alternative ideas.

“We’ve been very clear about having to save £5.5 million next year and we published our proposals very early to give people every chance to comment.

“We want to support our small businesses and town centres so it’s right we listen to them.”

The parking proposals have prompted a petition signed by more than 3,000 residents, which will be debated by Full Council later this month (21st November).

Would raise £150k per annum
Introducing additional parking charges in Newport and Ryde, as well charging for parking on Island seafronts all year round would raise a yearly income of around £149,000 for the council.

The move would also ensure a fairer, more consistent approach to parking across the Island.

Balancing the books
Any adjustments to the parking proposals would require making up the funding shortfall elsewhere in the budget.

The council is exploring all potential opportunities, including alternative sources of income, to help balance the books.

Meetings this month
The meetings with the business associations will take place later this month.

Image: celinet under CC BY 2.0

newest oldest most voted
Joe
Of course legally councils are not allowed to raise parking charges to fund budget shortfalls: “Councils cannot use parking as a revenue-generating tool. The statutory guidance states that councils should not set targets based on revenue, the number of PCNs issued or the number of vehicles clamped or removed. The use of any surplus that results from parking is strictly governed by legislation and is tightly controlled.… Read more »
Vote Up110Vote Down
Simon Cooke

Not sure if ‘freedom passes’ are the same thing, but concessionary fares for the over 60s has cost the Council between £4.7m – £5.5m a year for the last 4 full financial years (according to their published spending data).

Yeah, right. Give us your views so we can ignore them.

This figure is a bit misleading. This is the total expenditure for concessionary passes, but needs to be offset against the government grant the IW Council receives towards these passes. Incidentally, it’s now only the over 65’s that qualify.