Although still a tiny percentage of the vehicles on Isle of Wight roads, the number of electric vehicles (EVs) here is steadily increasing. 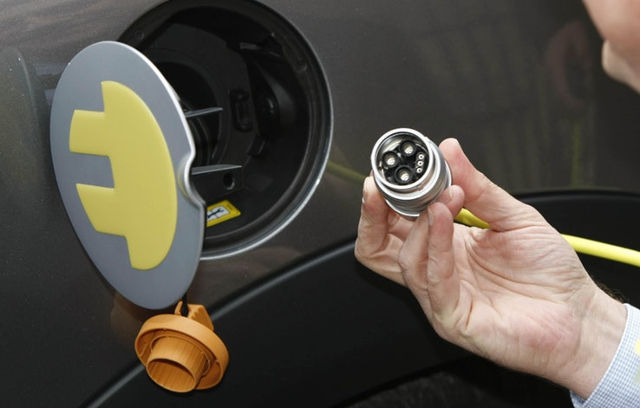 Electric car technology is advancing rapidly, and the latest figures suggest that the Isle of Wight is getting on board the green revolution.

From October 2017 to September 2018, the number of registered plug-in vehicles in the area increased by 36%.

Steady growth
The latest Department for Transport statistics show the number of registered electric or plug-in hybrid cars, vans and micro cars called quadricycles on the Isle of Wight for each quarter of the year.

Progress over short period
That’s lower than the increase of 1,770 in Peterborough, which has the highest percentage of plug-in vehicles of any local authority in the United Kingdom.

But back in 2013, on the Isle of Wight, there were just 17 electric cars, which shows the progress the industry has made in a short time.

Greater range to choose from
Over the past few years manufacturers have increased the range of their vehicles, and prices have lowered, helping fuel the rise in environmentally friendly vehicles.

Manufacturers claim the latest Nissan Leaf, the UK’s most popular entirely electric car, can now travel 235 miles before it needs to be recharged, 80 miles more than the previous version.

Increased number of charging points
Over the next year BP will install charging points at its petrol stations, following Shell’s roll out in 2017. Dyson has also said it plans to release an electric car by 2020.

One advantage electric car users have over other vehicles is that they do not have to pay road tax, as they do not release any emissions. Electricity is also far cheaper than petrol and diesel, and green drivers have the satisfaction of helping save the planet.

However, in November, the Government reduced the maximum discount electric car buyers could get from £4,500 to £3,500.

A way to go
Plug-in vehicles still make up a tiny percentage of the cars on the road on the Isle of Wight.

Compared with the 221 electric cars on our roads, there are 81,811 cars and vans in total, according to the latest complete vehicle registration data from 2017.

Good news, but I’m surprised it’s still so low. We’re about 1 electric car for every 650 people, but it’s double that in the UK overall. This should be the perfect place to try it with range rarely a problem and would help build a sustainable island. Bit of oomph from council/government/car makers could make a big difference here.