A motion agreed by the Isle of Wight Constituency Labour Party has been included in motion being debated at the Labour Party Conference today. 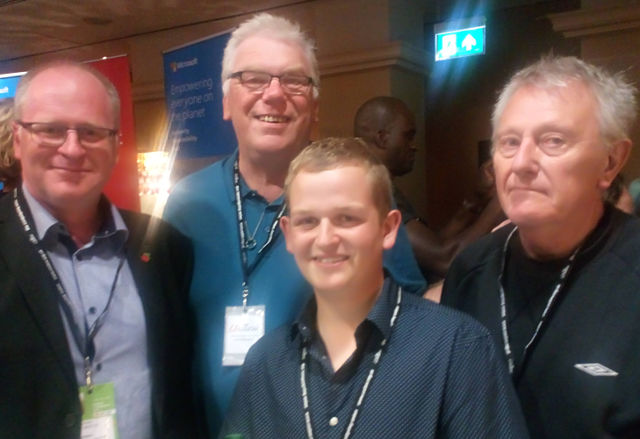 Members of the Isle of Wight Constituency Labour Party (CLP) are this week attending the Labour Party Conference in Brighton.

Stewart Blackmore, has been in touch with news that a motion being debated today at Conference includes one agreed by the Isle of Wight CLP.

He tells us that the motion raises concern over the new Accountable Care System Contracts, announced in August, which will be run by the Trusts, provides for cuts in funding and break up the overall democratic control of the NHS.

What’s included in the motion
The motion commits a Labour government to a fully-funded, comprehensive universal, publicly-provided and owned NHS, an end to the pay cap and the restoration of bursaries for student nurses.

“There is tremendous enthusiasm at conference, especially from the delegates in the South East region where we hope to build on the doubling of Labour MPs we achieved this year. I look forward to hearing Jeremy Corbyn’s speech on Wednesday.

“While at conference I will also be raising the issue of Sandown Bay Academy and the ferry services with shadow ministers.”

newest oldest most voted
Rowan
Well done Stewart and co – I say that as a member of the Greens, because what matters is democracy not just in the way we vote at elections but in the way political parties are run. Our current government is run by a political party which long ago killed off any real democracy at their conferences, so it’s no wonder they show the same contempt for… Read more »
Vote Up00Vote Down