Patients are waiting almost two weeks longer than they did last year for important ultrasound scans on the Isle of Wight, figures show. 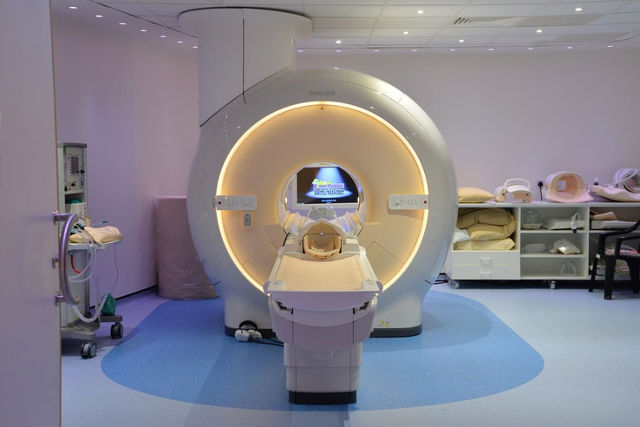 The latest NHS England data shows that 190 people were referred for an ultrasound on their pelvis at the trust in June.

On average, those patients had to wait 13 days, from the date of the request to the scan. This is up from an average zero day wait in June 2017.

Ultrasound scans are used to detect ovarian cancer, among other illnesses.

Across England, waiting times increased for other ultrasounds, MRI scans on the brain and CT scans on the chest.

“There are not enough radiographers to do these scans, and equipment is at capacity, so even if we had more staff they wouldn’t have equipment to use.”

Other scans faster
Isle of Wight NHS Trust patients had a shorter wait for CT scans on their chests and abdomens, and longer for ultrasounds.

People generally had X-rays on the same day as they booked the appointment.

Increase in number of scans
Dr Rubin said that the annual data and the RCR’s own yearly census backed up the monthly figures.

“If you look at our data, you can see that the number of CT and MRI scans that are performed has gone up by about 10% each year.”

Lack of consultant radiologists
Research by the college shows one in ten CT scanners and nearly a third of MRI scanners in UK hospitals are technically obsolete, while still being used.

On top of this, Dr Rubin says not enough doctors are being trained in radiology and claims more than 10% of consultant radiologist posts are vacant in UK hospitals.

As well as waiting for a test, patients have to wait afterwards for the results.

“This can have a psychological impact on people who may think they have cancer, even if the scan is clear.”

She said that while a two week wait for a scan is unlikely to have an adverse affect on a cancer patient, it does delay the overall treatment process.

“The key to boosting your chances of surviving cancer is an early diagnosis.

“Through our cancer strategy we will increase the early detection rates from one-in-two today to three-in-four by 2028.

“We’ll do it by lowering the age which we screen for bowel cancer from 60 to 50, by investing in the very latest scanners, and by building more rapid diagnosis centres.”

“At the Conservative party conference, Theresa May announced the plan to build rapid diagnostic centres around the country as part of new cancer strategy.”