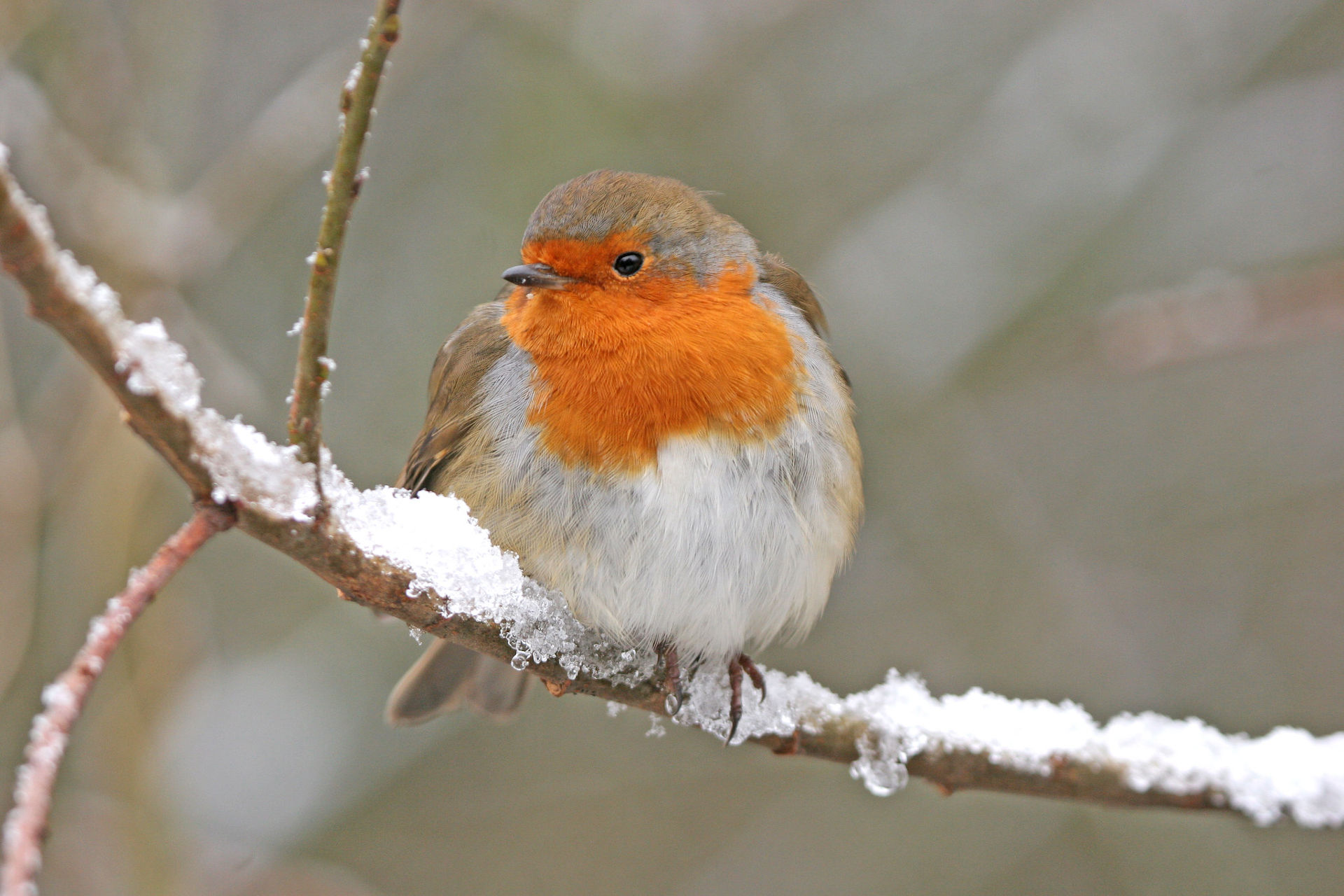 Oh, what a year it had been! Marsha stood in her dining room, staring out through the French doors in the dark, just breathing. Right from the first week of January it had been all go. Mike being laid off, having to look for another job, struggling with money and making ends meet. Looking after the children, trying to make it all seem just normal, business as usual, nothing to worry about. Buying food with the cheap labels, second-hand clothes. She looked down at her own frayed sleeves, trying to remember when she had last bought something new for herself to wear.

They had been doing all right, until Mike’s factory folded. Nobody wanted zips any more, or so it seemed. Or they were all being made in China by people worse off than us, or it’s all been automated, or something. Doesn’t seem to matter nowadays, you never believe the things they say, and that’s on the rare occasion when they say anything at all. It used to be the boss who’d stand in front of the workers and tell them the truth. Nowadays you don’t even know who the boss is, or where he lives, or even if he can even speak your language.

She knew she shouldn’t be thinking like this. These thoughts, she knew, were never going to lead anywhere other than anger and distress. They had thought they were so lucky, with jobs and enough money, and their home, and their hopes for the future. All gone, just about. Marsha sighed, forcing herself to look round at her dining room, with its familiar furniture, the table and chairs, the pictures on the wall, all needing a bit of brightening up, showing signs of wear, the French doors sticking now, with the worn patches and the thin carpet near the step. But it was home, their home, everyone was healthy, the kids were doing all right at school. They didn’t seem to be too upset about missing out on new games consoles or holidays, thank goodness. It seemed like every other family with kids at their school was going through the same thing.

Marsha had been lucky. Her part-time job had become harder because of the cuts, but she had been kept on. Mike had been very depressed for a few weeks, but he’d gone out every day, banging on doors and sending out letters and emails, and now he had a job. Not as good or as skilled as the last one, and it paid a lot less. It was a real struggle for him to be enthusiastic about it, but he knew it was better to have money coming in, and he had gritted his teeth and got on with it. She was proud of him, and she felt really lucky to have him.

Marsha was, as usual, making lists in her head. She had managed to buy presents for everyone, nothing really special, but she thought they would all feel happy with what they had. She’d had to be really creative with some presents on such a small budget, but there they all were, under the Christmas tree. Luckily, they had bought all their decorations over the years so there wasn’t much to get this time, just a bit of repairing and replacing a couple of broken baubles. The house was looking really colourful and festive. The kitchen was warm and filled with food, ready for the big cook in the morning, and everything was in place. She was sure that everything was in place.

So why was she standing here in front of the French doors so early on Christmas morning? She had finally gone to bed really late, after the pandemonium of Christmas Eve, with the kids running round like mad things, over-excited as always. David and Jacob had been careering up and down the stairs all day, banging into each other and stamping their feet. Sarah had been shut in her room with her music on full-blast and her door locked with the big “LEAVE ME ALONE” sign on the door. Marsha had no idea what she had been doing in there. She hoped it was wrapping presents, but she suspected her daughter was plotting world revolution with online friends. The boys just wanted good old-fashioned anarchy, of the noisy and boisterous kind. She and Mike watched them anxiously, worrying about how they would make their way in this world that they didn’t understand any more. It felt like everything was unravelling, like a cartoon jumper. She shook her head. Mustn’t think about that either. What was there to think about nowadays that was safe and sure? She hadn’t slept well, and she woke up early.

Marsha was a worrier, she knew that. Mike was always teasing her. “Why worry, it’s probably going to happen anyway”, he was always saying, catching the look of concentration on her face. She had been so distracted at first that she hadn’t understood that he was trying to cheer her up. She was lucky with Mike, because a lot of husbands she knew never even looked at their wives anymore. Mike was always there, reading her mind sometimes, and looking for the best view of what was going on, or at least trying to make it humorous. And they had survived, so far, without mishap. Although the car was making creaking noises and the radiators knocked sometimes, and things were starting to get old and worn-out. She just didn’t trust enough in life itself to feel secure any more. She needed a sign, something to tell her that it was going to turn out for the best, or at least not too badly. But she didn’t know what that sign would even look like.

Now here she was, staring out of her French doors on Christmas morning, even before the sun had cracked the horizon. She stared at the tiny back garden, with its scuffed grass where the boys kicked the football at each other incessantly, and Sarah had worn grooves under the swing. She looked at the solitary tree, spindly and bare, and the bushes rattling their empty branches against each other. It looked cold, and grey, and washed-out. Rather like everything they owned. Rather like Mike and her, getting older and more careworn every day.

And then she noticed the first snowflake, lazily drifting down from the sky. It took its time before selecting a blade of grass to settle on, where it waited for some companions to arrive. And sure enough, they did. A thin trickle of flakes appeared, gradually building up on the ground. Marsha wanted to shiver, because it was obviously very cold out there, but she was inside her warm house, in her cosy dressing gown, so she could just watch in wonder. The sky had that peculiar greeny-yellow haze when it snows, as the rising sun began to lighten the darkness. It was unbelievable, for snow actually to fall on Christmas morning, amazing that she was watching it on her own, with nobody else awake it seemed in the whole world. She wanted to shout out, to wake everyone to come and see, but she didn’t want to wake them up either, so she let them sleep.

She had no idea how long she stood there, without moving, just watching the snow fall. She had a most peculiar feeling, of something not being there. It was an absence that made itself felt all through her head and her body, and it made everything she saw and felt sharper, but she couldn’t work out for a long time what it was.

Then she knew. It was the quiet. The absence of sound that could only be experienced early on Christmas morning, while it’s snowing, and the whole world is sleeping. She strained her ears for any sound, and she couldn’t hear a thing. It was magical, and it made her feel safe, and somehow blessed. Her heart relaxed, reassured that everything would be all right. OK, there would be trouble, but nothing she and Mike couldn’t get over together, and there would be good times, and happy times, and they would survive, and they would thrive, and the kids would go out there into the world and find their own ways through it. Because of Christmas, and because of this extraordinary white-blanketed silence.

This, she realised was the Sound of Christmas. And she smiled, and she thanked whatever or whoever was responsible for this gift of hope and reassurance that she felt so strongly, wherever it came from.

And then; “Mum! Mum! It’s Christmas! Can I open my presents?” Sarah had, for once in her life, crept from her room without a sound, and surprised her.

Marsha scooped her daughter up and gave her a big hug and a kiss, and Sarah responded by giggling and shouting “I want my presents!” in her ear. She could hear everyone else waking up and stirring and getting ready to crowd down the stairs and start the day by ripping the wrappings off all the presents.

And, as she filled the kettle for cups of tea, she realised that this was the Sound of Christmas too.

Image: vinehousefarm under CC BY 2.0