Jonathan returns with his Sunday column, wondering this week, what to write about. 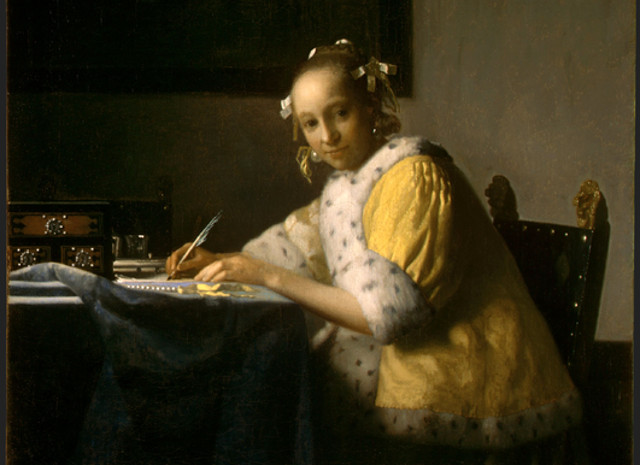 OK. So I’m sitting here in front of the White Screen of Fear. I do this a lot. It’s funny how I enjoy writing so much, but spend so much time avoiding it. I’ve never worked out why.

I spend a shameful amount of time not writing. I couldn’t begin to estimate the number of Spider Patience games I’ve played, or the hours spent idly surfing. It’s not as if writing is difficult, because when I get started the thing magically flows and somehow the screen fills with words, and I’m filled with delight. The fact remains, though, that it’s devilishly difficult to make myself start.

Locked in a guarded hotel room
I’ve read lots of interviews with writers of all shades and styles, and they all seem to have the same problem. Some of them force themselves to treat it like a job, with fixed hours every day, others just wrestle with it, and occasionally things become somewhat extreme. I remember reading about the late great Douglas Adams, who was apparently locked in a guarded hotel room to finish the Hitch Hikers Guide to the Galaxy after failing to meet several final deadlines. I don’t think Sally’s going to go to those lengths to extract my weekly piece from me (as if! ;-) Ed) – she has never threatened me or even suggested sanctions. Indeed, she always seems grateful and thanks me. So, no pressure there. I knew when I started this thing that it would be down to me to produce each week, and so far that resolution’s holding up.

The old very-long-sentence trick
I can go on about almost any subject, and occasionally I can make myself sound authoritative or knowledgeable. I can sling in a few long words or make one up occasionally – that always helps. I’ve never knowingly resorted to the old very-long-sentence trick, hoping that the readers get too confused to notice it’s all nonsense. But I have no idea why I write or why I make myself write. It’s not even for money, because Ive only ever been paid for one piece, written for a now-defunct IT magazine years ago. Obviously I would like to become rich and famous, but that would require writing something really good, like a best-selling novel, or have an idea turned into a hit film. I shrivel with envy when I read an excellent novel or watch something that has obviously been well-written, because I don’t know how those writers actually manage to turn whatever they start with into a whole that is consistent and believable.

Trying to herd cats in the dark
My own attempts to write something longer and more complex so far haven’t fared well. The characters start going off on their own trajectories, I can’t imagine what happens next, and everything feels a lot like trying to herd cats in the dark. Either that or I get no ideas at all or my ideas are so outlandish that turning them into something that anyone would be likely to want to read seems completely impossible. I do suspect that all writers feel exactly the same way about their own work, and that I’m wimping out here. But apart from scriptwriting teams for American TV comedy shows, the writer’s existence is solitary and out-of-sight. We all love watching wildlife documentaries. Most of the fascination lies in watching the animals behaving naturally. It would become embarrassing if they knew we were watching, and so it is with writing. Involving other people changes it. You have to work it out for yourself.

The icing is not the cake
I’ve come to realise that I write because I want to, and essentially I think all authors write for themselves, for the skill and for the pleasure when something works. That’s the cake. If anyone else gets to read it, pay for it or like it, that’s the icing. I think it’s as simple as that. The other thing about writing is that the words, written and read, are the filling in the sandwich (where have I heard that before?). The intentions of the author when writing are put as carefully as possible into the words. Every reader brings their own sensibilities with them, and reads the book through their own filters, which can often lead to wildly differing interpretations. Some writers are enraged by this, others are simply amazed and grateful that anyone actually read the thing in the first place.

A prosthetic leg and a difficult name
Over Christmas I read Cuckoo’s Calling. It’s a detective novel with an interesting ex-army protagonist with a prosthetic leg and a difficult name – Cormoran Strike. It’s rather good. It’s also written by J. K. Rowling, who wrote it and presented it to publishers as Robert Galbraith. I don’t know whether I would have read it had her name not been leaked, but I’m glad I did.

I have heard it said that there was no need for her to write anything else after Harry Potter, since she is so immensely rich now. Her first non-Potter book had a mixed reception. But the writer in me (jealous as hell!) understands her need to prove that she’s no longer just the product of her own hype, and she needed to prove to herself that she can still do it. I like to think of her, sitting front of her own White Screen of Fear.

And, in my own small way, I’d like you to know that I really mean it when I say…

3 Comments on "Jonathan Dodd: The white screen of fear"

Sounds to me you are on the right track if your characters tend to go off “on their own trajectories” – that’s what established writers often say. Maybe you need to let them off the leash and go with that!

The “White Screen of Fear” is far less troublesome than Microsoft’s “Blue Screen of Death” that stops everything!

Vote Up00Vote Down
Robert Jones
Worse, for some of us. I’ve been a freelance journalist in my time – and still am, when I can stir myself into activity – and am entirely familiar with the white screen, or white sheet of paper in the typewriter (yes, I’m that old); but then I started painting – and have the white canvas of horror to face. Some artists tint their canvas a sort… Read more »
Vote Up00Vote Down