Jonathan returns with his Sunday column and this week discusses Hyperhidrosis. Is this something you experience, or are you one of those ‘coldists’ who constantly ask, “Aren’t you cold out here in just a shirt?” 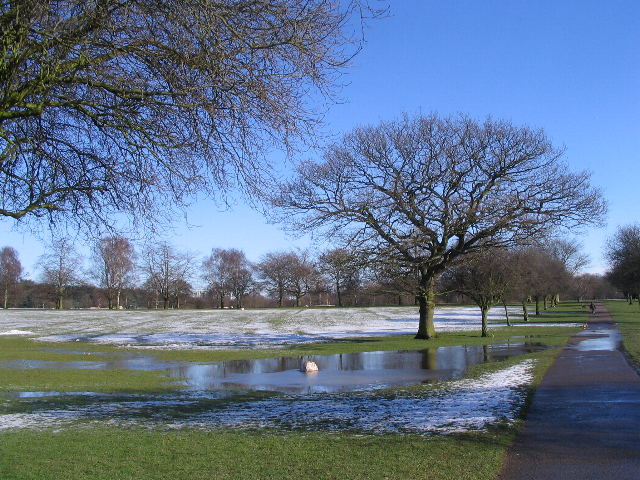 We’ve finally got through the worst of the year now. By the time this reaches you, January will have turned into February and we’ll be seeing some of those tell-tale signs that life is returning. There’ll be catkins, and crocuses, and the trees will go fuzzy, and we’ll notice on the drive or bus ride to work, that the sky becomes a little bit lighter every day. We’ll realise that it’s been ages since we saw our houses or our loved ones in daylight for the whole working week.

I don’t know whether I should see January, and, in truth, the whole of English winter, as a thing to be endured. It feels like that, and I’d like to be more positive, but I struggle with it. Perhaps it’s because we never get any real winter on this or any close-by islands. Our Christmas cards are full of snowbound cottages and white landscapes, but it very rarely snows properly, especially at the right time, which is, of course, Christmas week itself. I for one would be delighted to live in a country where it automatically snowed right through Christmas Eve, 10 centimetres would do, as long as it stopped before anyone had to get up, and then the sun came out and shone merrily on everything. For a week. And then it should go away. If you think this is a weird idea, it’s just an extension of those grass-sprayers embedded in the grounds of all Spanish hotels, which turn on at exactly the same time every day, so your feet can feel fresh walking on the grass when you get up, as if it were dew. It’s precisely during this part of the year when I think most of those lawn-spraying machines. And swimming pools. I don’t mind the heat, as long as it’s not humid. I noticed in Spain whenever you opened a door and entered an office or other type of public building, how they keep the air conditioning on full, so it feels positively Arctic. And they never drive in convertible cars. I suppose they value time out of the sun more than we do.

I worried about getting Verdigris
I also remember an August many years ago when I spent some time on a small island in the West Indies. Spelt Bequia, but pronounced Bequay, it was much smaller than the Isle of Wight, not that I knew the Isle of Wight at that time, and looked idyllic. What I hadn’t known when I booked was that August is Pre-Hurricane Season, and the air starts to fill ominously with water vapour. I spent the whole three weeks damp. I’d shower, then I’d towel myself off. Then I’d towel myself off again. Then I’d towel myself off again, and throw the soaking towel in the corner. Then I’d drag my damp clothes on over my damp skin, and go out again. I worried about getting Verdigris. And this is why I hate January in England most. Because it’s damp. I have super-porous skin. Liquid that’s inside transfers itself to the outside rather easier and freer than it does for most people. When the air around me is dry, it evaporates, and I stay dry myself. If the air’s already damp, I just get wet, and I say wet because nothing evaporates. It’s what my skin does. I’m not necessarily proud about it, but I haven’t yet found a way to stop it. I’m still working on that. Obviously, when the weather’s hot, I’m more likely to exude moisture, but it only becomes visible and uncomfortable when it’s damp too.

All that time and trouble putting on and taking off
My most annoying time of the year is January because it’s cold and damp in England. I don’t get hot outside, and that’s fine, I wear my coat and gloves and scarf and hat just like anyone. But every time I go indoors I have to take it all off immediately, because inside in January wearing a coat doesn’t allow for evaporation, so I wind up wet and hot inside, and then I have to put my coat on again over that when I go outside, and I get cold and wet, and then I have to repeat the cycle every time I go inside again. Shopping can become a bit of a nightmare. I watch people happily going in and out, wearing their winter togs, without a care in the world, probably not even noticing the change in climatic conditions in their closest proximity. The thing I have said to me more than anything else in winter is this – “Aren’t you cold out here in just a shirt?” This is said to me by someone wearing enough clothes to fill a small boutique, and they’re still shivering. I’ll be wearing a shirt at the time, with the cold wind blowing away all around me. It’s usually far simpler and easier to stay like that, and move fast between buildings, rather than spend all that time and trouble putting on and taking off, and carrying in between.

Run in the streets and freeze, or run in the gym and broil
I also confess here that I’ve stopped running on the roads and seafront of Ryde. By the time I get home from work, it’s very dark, and usually very cold, and I chicken out of the whole thing. So I’m back in the gym and on the treadmill. And I’ve realised that the thing about gyms is that they’re always very warm, and they’re always very humid. By the time I’ve completed my run, I have a tee shirt that’s wet all the way round, and all the way down. Even the little tippy tips of the short sleeves are wet. I spend a ridiculously long time trying to get the thing off in the changing room. I have a particular dance for that, and it would be interesting to me if someone took a video and posted it on social media. Sometimes I fear I may never escape from the clammy grip of that wet tee shirt. So my dilemma is this: either run in the streets and freeze, or run in the gym and broil myself. It’s hard enough making myself run – it’s like writing, even though you love it, you always have to force yourself to do it – without having to make that kind of choice as well. Additionally, in most gyms I have ever attended, the changing rooms are always tiny with low ceilings and no windows – let alone windows that might open – and the fan or air conditioning never seems to be working at all, so they’re an exquisite version of Hell for those with a perspiration preponderance.

Maybe they’re displaying a coldist attitude
I don’t know why all gyms I’ve ever been in have this need to overheat everyone. Perhaps it’s because they all take comments about the cold very seriously, and disregard those about the heat. I know there are two kinds of human in this world – those who are always cold and those who are always too hot. I do try to keep a low profile here, but as I said above, people keep asking me whether I’m cold. I wouldn’t even dream of going up to someone wearing lots of clothes and asking them whether they’re too hot, because I would assume 1) that it wasn’t my business, and 2) that they would take something off if they were too hot. I suspect double standards here. Or maybe they’re displaying a coldist attitude. For most of my life I thought that this was unique to me. Lately I’ve felt freer to discuss it with strangers and even friends, and a few people – mostly men – have confessed to having the same difficulty with humidity. There are even Websites, and organisations out there. There’s even a name for it. Hyperhidrosis. The people who run these cheerfully admit that there’s no cure, apart from surgery (!), which I won’t go into here, but which I would never submit myself to in a decade of blue moons. Winter is going, I’m looking forward to Spring, and to feeling comfortable in my skin – literally – again. In the meantime, just check before you hug me.

newest oldest most voted
bigjen
Thank you so much for posting this and raising awareness of HH. As a fifty something female I am cursed with what must be the worst possible variety Cranio-facial hyperhidrosis. Although I generally overheat, and rarely put on a coat – my face, scalp and upper chest just seem to leak sweat at the slightest exertion or increase in temperature. I can actually look in the mirror… Read more »
Vote Up80Vote Down
Jonathan
Hi there. I’m sorry to hear that. I have a much less complex version. Never apologise, just explain. I’ll never accept that old thing about nothing bring possible. It’s just not something that attracts funding for research. And, let’s face it, it’s not exactly life-threatening. I hardly ever get ill, and I happily attribute it to getting rid of all those harmful germs through my skin. True… Read more »
Vote Up40Vote Down
bigjen

‘…and carry a spare shirt’. Or hat maybe!