Legally maintaining access to your Rights of Way (part three) 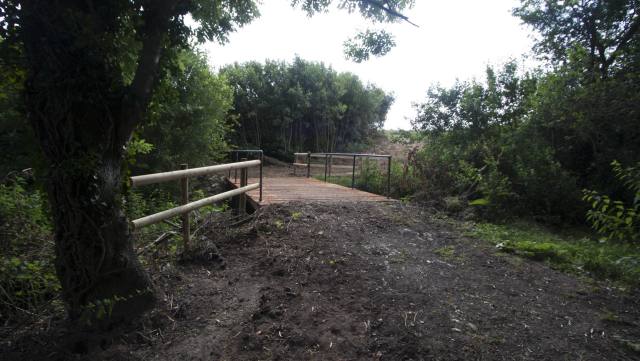 Following part one and part two of the series of articles by Thomas Cowley on how to legally maintain access to Rights of Way, he finishes now by explaining what to do if you don’t get a positive result in response to Form 3. Ed

Form 4 – the ultimate conclusion of a S130 notice
If action had not been taken to unblock the route I initiated proceedings on, what would have been the next step?

The next step is to complete Form 4.

Provided your case is clear cut it is extremely unlikely to go to court. Form 4 should get the action you require. If it looks like the case will go to court, take legal advice before taking further action!

S130 – when won’t it work?
When can’t you use S130 to clear a right of way? Apparently the City of London is exempt from this provision (although it didn’t seem to stop them clearing the Occupy movement from St Paul’s).

There may be certain conditions where the authority isn’t bound to remove the obstruction (you’re going to need to talk case law and liaise with the Highways Department if you come up against this!) and also if the status of the route is in dispute.

As I already outlined S130 is also not applicable if the route is ‘out of repair’ which is what is stopping your passage. You’re going to struggle if the block is due to construction work as well, although I suspect it would be feasible to argue that scaffolding blocking the route for more than a year is a belligerent blockage, rather than a construction project that’s taking a long time!

Getting further success
Since this first success, the IW Council have been taking my requests a lot more seriously. The second, more entrenched blockage, has now been removed and the through-route reinstated at Bobberstone Farm.

If you are aware of routes that have been blocked I would urge you to initiate this process as soon as possible. Section 130 is there in law, precisely to resolve these type of issues and it works.

I would recommend executing a single one as a test to start with and engage with the right personnel at the IWC. Once you have proven that you are capable of using the lawful practice to make the council complete the bare minimum of their legal duties, the threat of another S130 on the same department seems to trigger timely and very helpful action! Simon, Sal have you ‘VIEWED’ the location of
this story ? !!!

You’ve found our new location feature! It was supposed to be turned off (and now has been) for this article :-)