Love letter to The Lud from three Isle of Wight bands

Three Isle of Wight bands played tribute to The King Lud’s rich musical heritage with an emotional farewell gig before its refurbishment and new life as a craft pub. 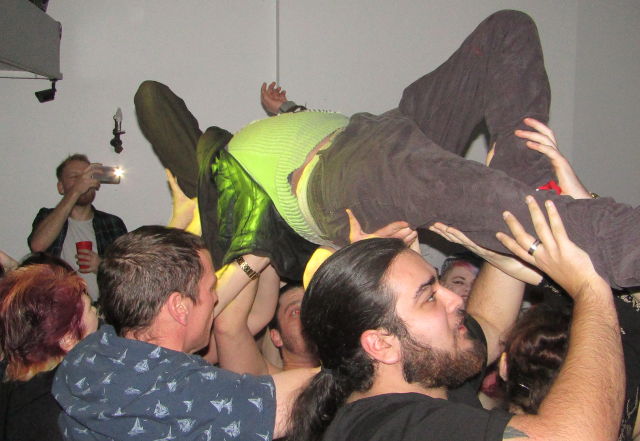 Live music has always been the beating heart of Ryde’s King Lud. Last Friday (18th January), three local bands played tribute to its rich musical heritage with an emotional farewell gig before its refurbishment and new life as a craft pub.

First band of the night were King Kuna. Their melancholic, grungy sound is reminiscent of Nirvana, whilst their lyrics are political, intelligent and perceptive. Their recent single ‘Billy’ affirming the sad reality of Brexit Britain. 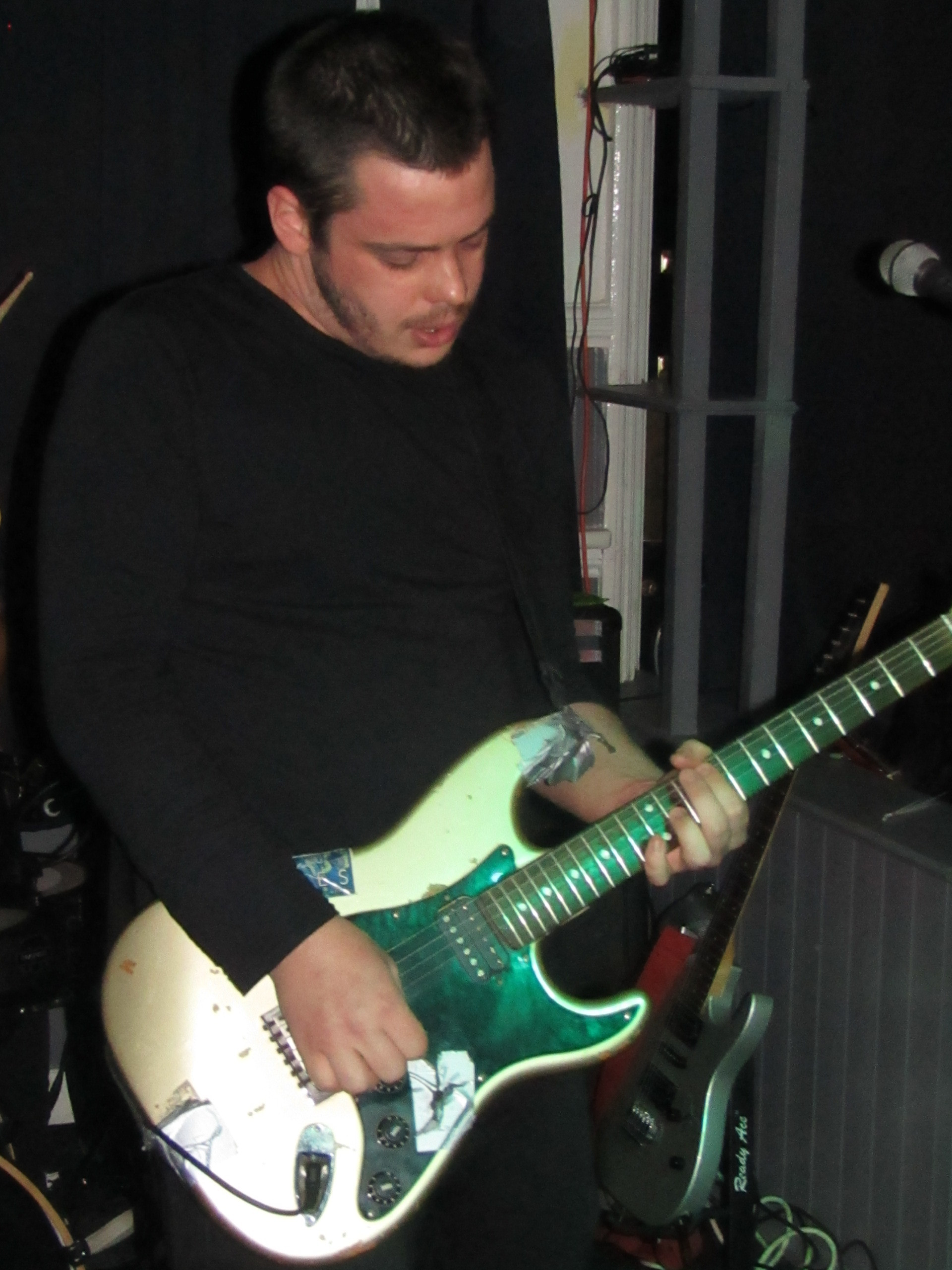 The band’s dark, foreboding instrumentals are pure bliss. Having seen Mastodon the previous night, King Kuna are equally as good as their tour support.

They make an incredibly loud and professional noise for such a young trio.

After a personal and moving set, they said:

“As a band, The King Lud has always been a centre for us. A great place full of crazy people of all cultures just being themselves. Every gig played at The Lud has been nothing short of an absolute pleasure.”

Mr Strange: Lud “a home away from home”
Second band of the night, the spooktacular, avant-garde, Mr Strange have performed some eccentric gigs at The King Lud over the years. The main man himself resplendent in purple had everyone bouncing up and down to new set addition, an addictive and clever mash up of Dead or Alive’s ‘You spin me round (like a record)’ mixed with their own original song ‘Do it like Pete Burns’.

Throughout their dramatic electro rock/goth set, the heaving Kind Lud crowd were dancing and snogging! Always the sign of a good gig! 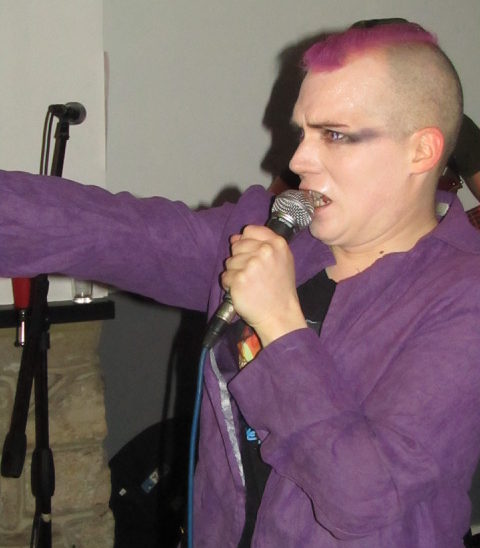 “The King Lud has always felt like a home away from home, one of the last few, true examples of a traditional Public House. Walking into The Lud is like walking into a friend’s front room; the staff, the patrons, and the legendary warm atmosphere!

“That it was one of the last few Island pubs who supported, welcomed, and gave a platform to all manner of bands and artists, irrespective of genre or whether they perform cover songs, original material or any mixture of the two, was another Phoenix-like feather in an already well adorned cap.

“The Island is going to be that much smaller in its absence.” 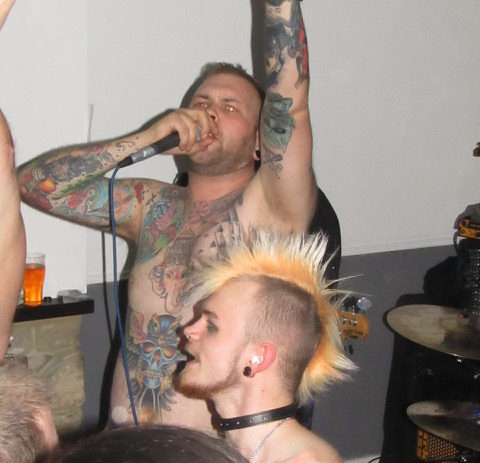 Painless: “Sad to see the venue close”
Nick Painless, also has great memories of The King Lud. In between photographing the night he said:

“I’ve been visiting The King Lud for the odd tipple and to watch a band for many years now, so it will be sad to see the venue close as I’ve got lots of happy memories. These memories will stay with me for many years to come, due to the friendly staff, good beer and lots of witty banter.

“I was lucky enough to have hosted a number of events at the venue starting back in 2013 when I held a night of comedy, magic and sideshow acts. I’ve also hosted my Boiler Room events at the venue which have always been well received by the staff and people in attendance.

“Thankfully as the Boiler Room events I host travel with me around the UK there is always going to be a place for the event. On the Isle of Wight you can catch up with us at The Tap in Sandown.”

Then the party really got started! It was hot, it was sweaty, it was chaos!

The band powered their way through every alternative feel good classic you want to hear on a night out and more. Green Day’s ‘Basket Case’, Electric Six’s ‘Gay Bar’, a fantastically heavy version of Stevie Wonder’s ‘Superstition’, My Chemical Romance’s ‘I’m not ok’, Black Sabbath’s ‘Paranoid’, Arctic Monkeys’ ‘I bet that you look good on the dance floor’ and so much more!

There was crowd surfing (see headline pic). Seb Clark was expertly playing the guitar on his back while being passed over the top of the crowd, his wild, blue, hair flowing behind him. 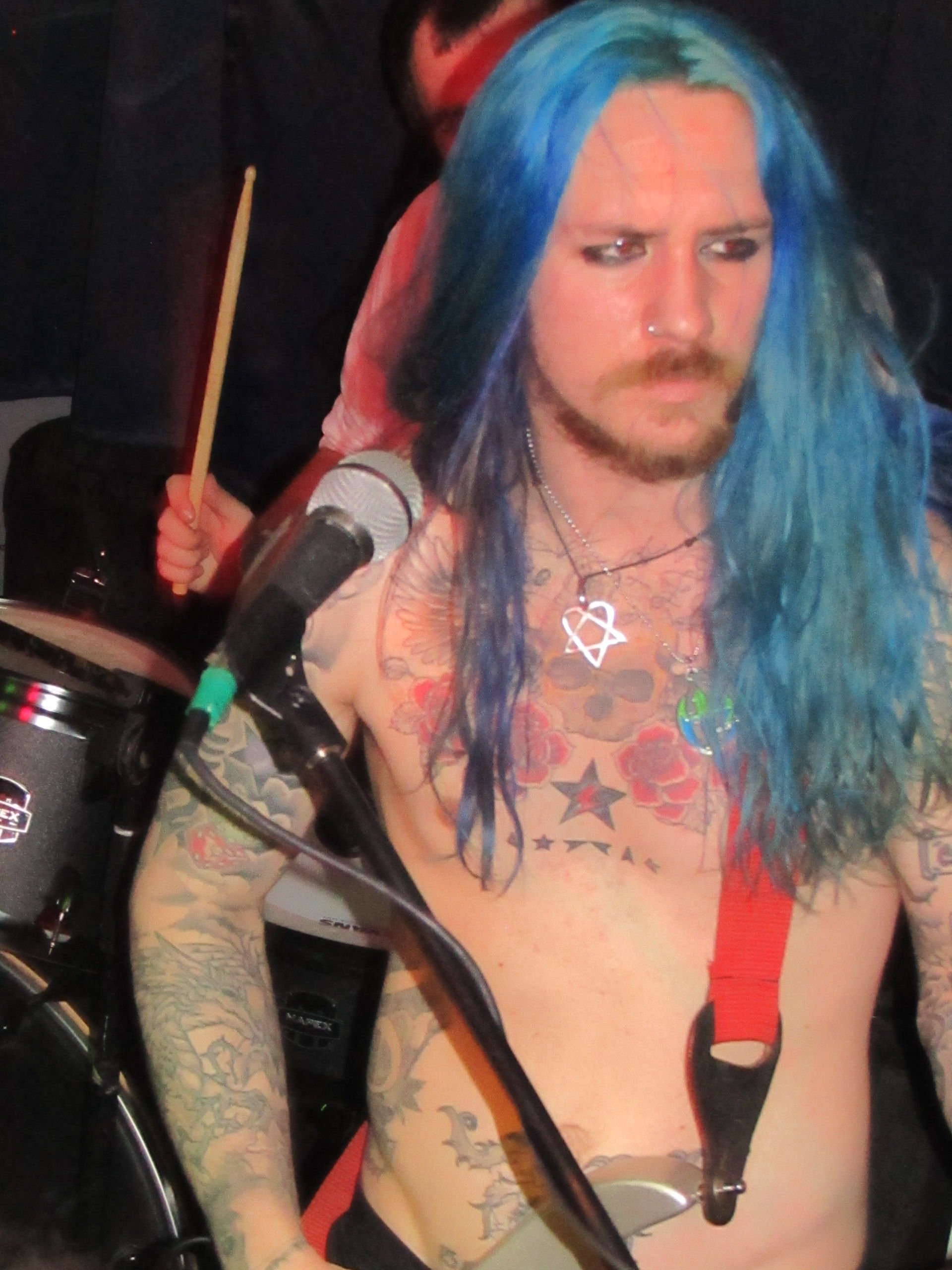 The sign of a really exciting band is when you’re never really sure what’s going to happen next and that’s what you get with Bobbin and the Babymakers.

The epitome of a good night out
Asa Big Mountain from tribute band Foo Fighterz joined Bobbin on the mic for an epic scream-along version of Rage Against the Machine’s ‘Killing in the name’, which had the pumped up adrenaline fuelled crowd leaping up and down as they shrieked along.

Bobbin and the Babymakers have the cocky swagger and arrogance of a classic punk band and they are the epitome of a good night out.

At the end of their set, drummer Dani-Luke looked overcome with emotion as he rested his head to take a moment. He had given it his absolute all for over two hours.

A fitting end and tribute to a special pub that meant so much to so many. The night ended on a high, tinged with the sadness and knowledge that it really was the end of an era.

People had travelled from across the Island to be a part of Lud history including Julie who had come from Freshwater after seeing the event advertised on Facebook.

Rich musical heritage
Make ups, break ups, friendships and meeting someone new whilst watching a band have all happened time and time again during The Lud’s lifetime. It has always provided the rush and excitement of discovering a new band or performer whilst enjoying a few drinks with friends, as well as the invaluable live experience that bands have gained from playing there.

Our Island has such a rich musical heritage and has an exciting musical future with the young artists and bands from Platform One. And those who find their own path into music by the hours they spend learning guitar, drums, bass, keyboards; learning the craft of song writing and training their voices. 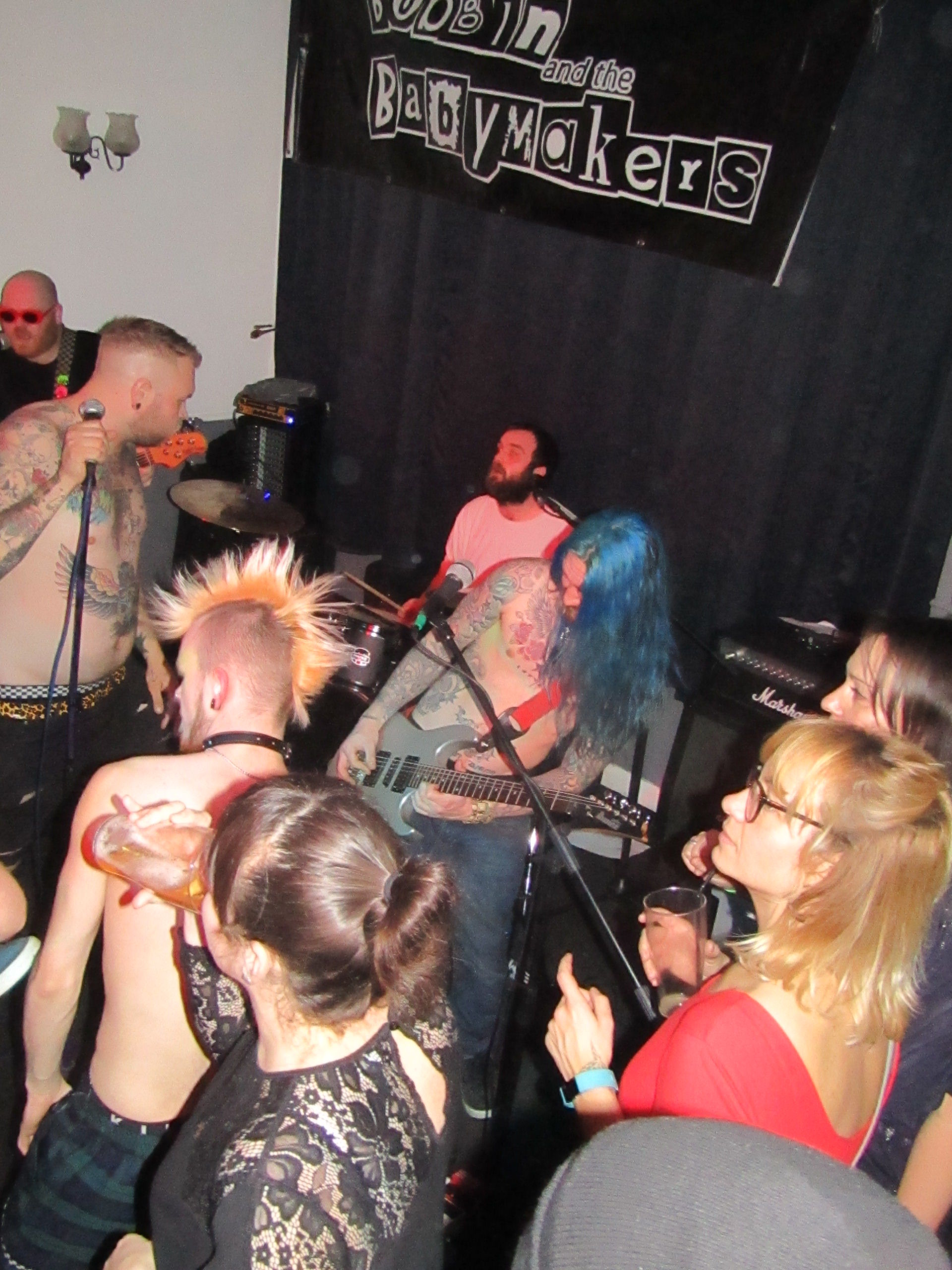 But these artists need alternative live music venues to learn how to perform and develop their confidence in front of an audience. Just like people with an alternative taste in music need pubs like The King Lud to enjoy a night out, they don’t want to go to sports bars or nightclubs playing Ibiza anthems.

Clark: “May she sink in peace”
Ryde has always provided an alternative scene and it is a travesty that The King Lud, the very heart of that scene is no more. Let’s hope the new management realise how iconic The King Lud is and that they embrace the music and The Luddites.

The last word goes to an emotional, electric blue haired, Seb Clark, guitarist from Bobbin and the Babymakers who straight from his stellar headline set said:

“The King Lud has been a home-from-home. Race, religion, musical preference – it never mattered. Whether you entered with friends or alone, you were home.

“May she sink in peace and if she returns, let’s never forget the community she created.”