The local councillor branded plans to build on the Springhill Estate as ‘absolute nonsense’, but one resident said investment was needed to preserve Norris Castle 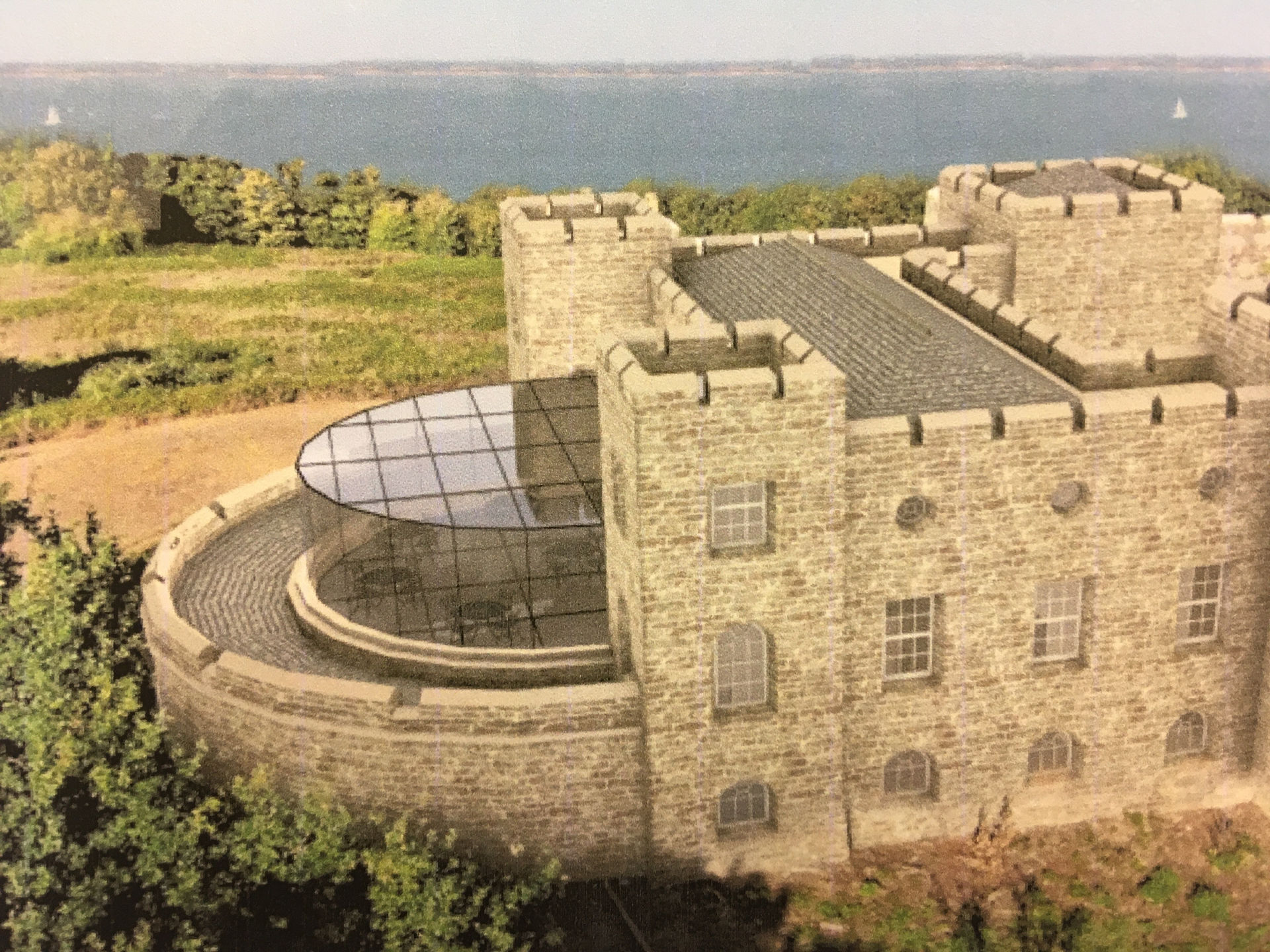 East Cowes residents have raised concerns about plans to redevelop Norris Castle as a luxury hotel, with surrounding homes and a retirement complex — with one  local councillor describing the proposal as ‘nonsense.’

However, others who attended a meeting of East Cowes Town Council last week, where developers presented the plans, welcomed the investment in the historic site.

A representative of GTS Property, said the project was ‘protected by history’, and emphasised the redevelopment would respect the heritage of the site.

Love: Esplanade belongs to the people of East Cowes
Isle of Wight councillor for the East Cowes ward, Cllr Karl Love, said the plans were interesting, and he was open to suggestions, but raised concerns about the possibility of building a restaurant on the seafront.

He said redeveloping the Esplanade was ‘unacceptable in any way, shape or form’ as it belonged to the people of East Cowes.

Cllr Love also branded plans to build on the Springhill Estate as ‘absolute nonsense,’ due to the flood risk.

Webster: Seafront belongs to children and families
Cllr Margaret Webster agreed, and said she could not possibly understand how a retirement village could be built on the site.

“The seafront belongs to the children and families. We cannot have extra traffic coming down where children cross to their play park.”

“When I look at this proposal, I can support it. We have to listen to what is being said and not just say change is bad. Change could actually be good for us.”

Other residents raised concerns about further housing being built, and asked whether the developers would see the project through to the end.

Wellington: IWC must fully support scheme for it to work
Clynt Wellington, chief executive of GTS Property, said a pedestrian priority zone and a 10mph speed limit would be introduced at the Esplanade.

“We have been very transparent throughout a very prolonged consultation process, patiently addressing all concerns raised and providing independent expert advice to back up everything presented.

“We have stated from the outset the Isle of Wight Council would need to be a stakeholder and fully support the scheme for it to work.”

In terms of new housing, Mr Wellington said he would agree to a legally-binding restrictive covenant requiring the town council’s permission for any future development.

Cllr Webster is absolutely correct, these developers may have bought Norris Castle, and its land, as well as Springhill Convent and its farmlands, but they have not bought our Esplanade nor any part of it as access to their properties.
They must be made to use the existing accesses in New Barn Road and Millfield Avenue.
Do not let the developers’ greed ruin our Esplanade.