The discontinued service has been revived as a community-owned organisation, called the LAC Isle of Wight Community Interest Company. 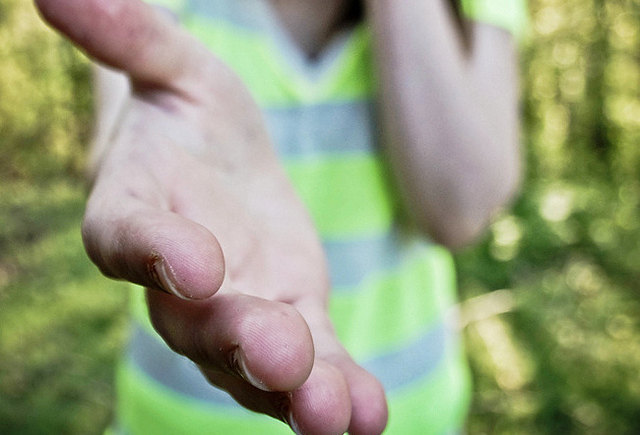 A service looking after elderly and vulnerable people has been saved after the community stepped in.

The Local Area Coordinator (LAC) service was discontinued at the end of March, after the Isle of Wight Council said it could not justify the £400,000 a year cost.

However, the service has been revived as a community-owned organisation, called the LAC Isle of Wight Community Interest Company (LAC-IW CIC).

Service relaunched
The service was relaunched on 16th April at the Riverside Centre. The meeting was attended by Island stakeholders, including town and parish councillors, the foodbank, West Wight Sports and Community Centre, Aspire Ryde and volunteers from citizens advice.

Rowell: Overwhelmed by huge level of community support
Heather Rowell, who previously managed the council led LAC service and is one of five founding directors, has taken early retirement to support the new programme.

Speaking at the meeting, Heather said:

“I am passionate about LAC and have seen the difference it has made for our local people and communities.

“We have transformed lives already and I have been overwhelmed by the huge level of community support and interest in the new programme. It is an absolute privilege to be able to work with, and alongside the community to rebuild Local Area Coordination on the Island.”

Reducing demand on front-line services
Patron of LAC-IW is Ralph Broad, a fellow at the Centre for Welfare Reform.

He said he was honoured and delighted:

“The Isle of Wight was a very successful LAC programme in England, delivering very strong positive outcomes for individuals, families, communities and it helped in reducing isolation.

“It was saving the Island health and social care system around £166,000 per local area co-ordinator per year in reducing demand on front-line services.”

LAC-IW will be part of a national and international network, similar to the former service.

newest oldest most voted
alisonjane
This is great news for vulnerable Islanders. Well done to all those involved who have made this happen, when it was just so easily thrown aside by the IOW Council. A little tip for the future; Do not let any of the present IOW Cabinet Members anywhere near it. Do not give them any opportunity at photo shoots, or let them give any lip service, or take… Read more »
Vote Up28-1Vote Down
beacher

How is it being funded?

Vote Up10-1Vote Down
Phil Jordan
beacher; As any Cic might be funded…. through grants and donations and trading income. I have already suggested that the Cic company approach the NHS, CCG and the local authority for grant funding because there is track record data and research that demonstrates (not only on the Island but around the country) that LAC’s prevent front line service costs at something like four times their operational cost.… Read more »
Vote Up11-2Vote Down