Watch the moment 11-year-old Nicholas Gregory from the Isle of Wight walks out on the pitch at Wembley Stadium as mascot for Tottenham Hotspur. 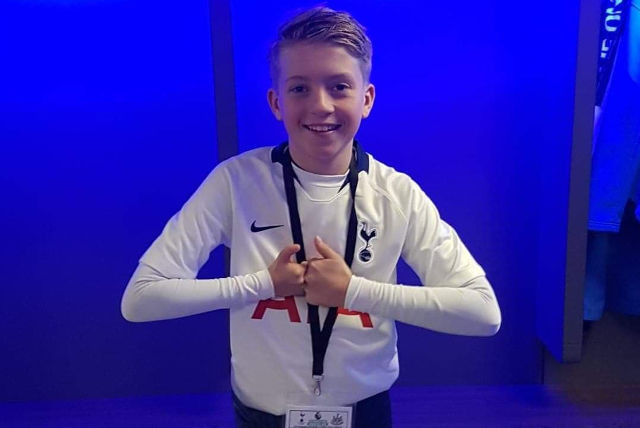 Congratulations are in order for Isle of Wight’s 11-year-old Nicholas Gregory, who yesterday (Saturday) walked onto the pitch at Wembley Stadium.

Nicholas was chosen to be a mascot at the Spurs versus Newcastle game at Wembley Stadium and walked through the tunnel and onto the pitch with Toby Alderweireld. Once in a life time opportunity
His mum, Jules, said,

“Nicholas travelled up on Friday night and spent the morning with the team, had lunch then walked out on the pitch.

“He’s is a member of the club and as a member there’s an chance to be chosen as a mascot for the team. It’s a once in a life time opportunity!”

Watch young Nicholas as he walks on the pitch with Toby.

“It was an amazing experience to meet my favourite players and walk out at Wembley with them.” A keen footballer himself
Nicholas attends Haylands Primary school in Ryde and plays for his local team.

Next week he’s playing for the Island in a tournament in Weymouth.

Best of luck Nicholas, maybe some of the Wembley magic will bring luck to the game.