Personal Bests galore for Ryde Harriers at the Victory 5 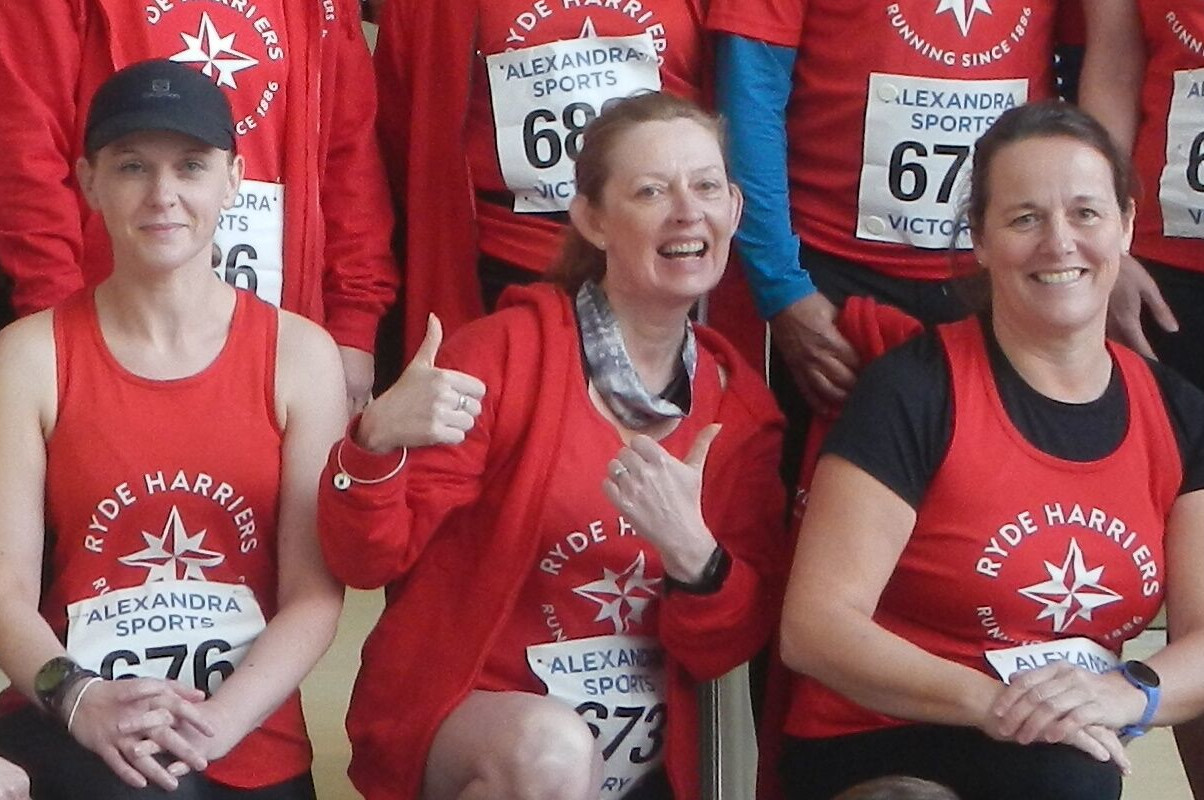 Ryde Harriers achieved some of their PBs this weekend at the Victory 5.

“The Vic 5 was my first race on the mainland as a Ryde Harrier 3 and a half years ago and it was so nice to see so many of our new Ryde Harriers running for their first time. Well done everyone and a personal best for me with a time of 46:11.”

Astounding time for Charlie
Ryde Harriers would like to say a big congratulations to Charlie Metcalfe the first Vet 40 and the sixth lady completing her run in an astounding time of 29:33.

Personal bests
There were lots of personal bests last weekend, from Adam Tuck who finished in 27:47, Trevor McAlister achieving his in a very respectable time of 29:52 minutes. Graham Gardner finishing  in 33:26 and Nat Jane Rose in 40:35.

Joe Wade was very happy to be racing in Harriers red for the first time today saying,

“It was a personal best for me today, my previous five mile PB was two months ago at the club championship which I achieved in 34:44 and a five mile split in the Great South was ran in 33:52 so I am  very pleased to achieve my time of 32:16.”

Young women
For the girl Harriers, Sarah Peake raced in with an excellent  time of  34:48 closely followed by Claire Grace in at 35:33 and Carole Barry crossed the line with her time of 44:53.

Ryde Harriers would like to thank Trevor for organising both the Victory 5m and the cross country over the weekend and we would like to say thank you to our sponsor Wightlink .

Report shared by Stephanie on behalf of Ryde Harriers. Ed