Wondering who might be in the wings should Andrew Turner be de-selected today or stand down as Conservative candidate in the General Election? OnTheWight has a list of possibles. 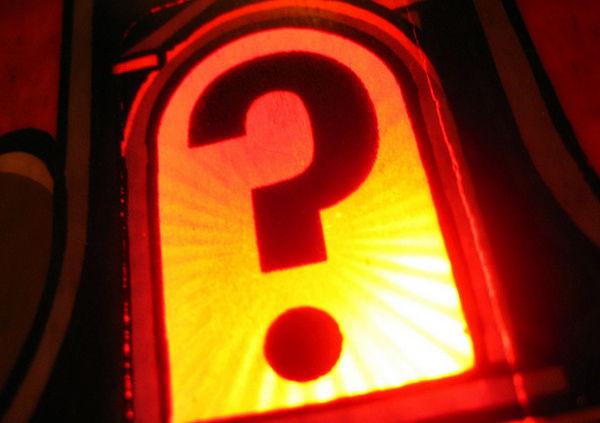 If, under the ever-mounting pressure to do so, Andrew Turner decides to step down as nominated candidate for the Island Conservatives (or be de-selected tonight (Friday)), a replacement candidate for the 2015 General Election will need to be put in place.

Who’s on the Approved List?
The process of selecting a Conservative Party candidate is complex, so to short-cut that, you need to be aware that all people they’ve deemed appropriate to possibly be a Conservative MP are on a central ‘Approved List’.

From the research we’ve been able to carry out, OnTheWight understands at least two Isle of Wight Conservatives are on the ‘Approved List’.

All quiet
OnTheWight got in touch with Bob and Mark yesterday to see whether they would be interested in standing for the seat in May should they be nominated.

Both Conservatives are choosing to remain tight-lipped at the moment, perhaps awaiting the outcome of tonight’s meeting.

Update 26.Jan.15 – Mark called OnTheWight on another matter this morning. We asked him a number of times if he was on ‘The List’ and said he’d prefer not to be draw on it.

We’ve got another article coming this evening which details another name on the Approved List that has been whispered in our ears. He doesn’t live on the Island currently, but those within the Party tell OnTheWight he could be parachuted in.

No ministerial aspirations for Whitehouse
There was speculation that Andrew Turner’s media campaign manager and IW councillor for Newport West, Chris Whitehouse was still on the Approved List, but he confirmed to OnTheWight he was not.

In fact, he plans, he announced last spring in his Europe Day Speech (like us, you may have missed it), to leave politics behind soon, confirming he has no intention of standing again for the Isle of Wight Council in 2017.

I guess Whitehouse is lining himself up to take over from the Pope.

Sometimes Ariadne you make me laugh- this is one of them. :-)

Vote Up00Vote Down
retired Hack
Mark Fox is in danger of being spoilt for choice. Having failed last October to be selected as PPC for Havant, today the nearby constituency of Fareham (Con maj 17,092) came up for grabs when MP and former Minister Mark Hoban announced he will not run in May. At the moment (by which I mean five to six on Friday evening), if I were Mr Fox, I’d… Read more »
Vote Up00Vote Down
Cynic

….and he would not have to invest in chain mail to protect his back from his “friends”?

I would prefer an MP who is from the island and has some knowledge of the place. I find it a little offensive that people can be parachuted in on a whim and expect to be embraced by the electorate.

I don’t like to say bad things about people so it’s easy for me to say that having debated with him in the Council Chamber and being familiar with the kind of motions that he writes I really hope that Bob Seeley gets chosen.

Mark Fox lives on the Isle of Wight – Binstead, I think. His Wikipedia article says four generations of island family.

The reason I remember that Mark Fox lives on the Island is because he has been writing about Island history in magazines like Island Life for quite a few years now. I love reading those types of history pieces, and I can’t remember the person who writes those history article for the Beacon…but those are always so interesting as well!

Well that’s sorted the Island is still has Dennett as its MP.

However our new Independent candidate will dent the complacency, what he lacks in words he has in integrity.

My to five shortlist for Tory candidate-

Marion the Cat from “Mongrels”