Next week’s public meeting about the future of Island Line railway will hear about South Western Railway’s proposals, future plans for the IW Steam Railway and how inter-connectivity between the two lines and links with cross-Solent travel can be improved. 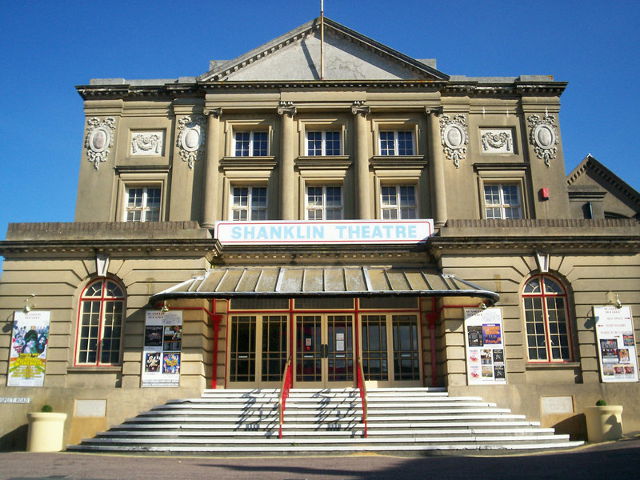 More details have been released about the public meeting taking place on Thursday 14th December about the future of Island Line, the Steam Railway, interconnectivity and possible extensions.

As announced last month, the meeting – which will be hosted at Shanklin Theatre, starting at 7pm – is being organised by the Keep Island Line in the Franchise (KILF) campaign, in partnership with the IW Bus & Rail Users’ Group (IWBRUG) and the Isle of Wight Steam Railway (IWSR). Also in attendance will be Bob Seely MP and a number of IW Councillors.

Your views count
The meeting is open to any members of the public with an interest in the future of railway provision on the Island. The topics being covered will include:

3) Improving interconnectivity between the two lines and links with cross-Solent travel (including SWR’s plans for mainland services);

4) Possible future extensions to Newport and Ventnor, particularly in light of the Government’s announcement last week about previously closed lines being re-opened – and MP Bob Seely’s intervention on this topic with Transport Secretary Chris Grayling.

“Back in 2015, the Government wanted to turn Island Line into a separate, self-sustaining business, and the future was very bleak. Now we have a new franchisee – First MTR, operating as South Western Railway – who have set out positive, realistic plans to improve Island Line.

“We have examined these carefully – and spoken with other groups and interested parties – and at next week’s meeting will be setting out our intended response to the proposals. We look forward to receiving feedback from those in attendance to inform our submission to the consultation.”

“It is essential that the needs of rail users are taken into account in the future plans for Island Line. This route provides an important public passenger service which must be enhanced, and more effectively co-ordinated with cross-Solent services.

“We have provided input to the proposed response being shared at next week’s meeting and would encourage all Island Line customers to come along and make their views known.”

“We welcome the opportunity to share our plans for the future at next week’s meeting. The Steam Railway is an important part of the Island’s heritage – and will continue to play a prominent role in the tourism offer.

“We are enthused at the prospect of enhancing railway provision on the Isle of Wight, with increased footfall for – and interconnectivity between – both us and Island Line, with the possibility of a shared presence at Ryde St John’s station.”

In a significant step, the Steam Railway have also confirmed that they are willing to consider the possibility of opening up their existing route to public passenger trains, subject to there being no diminution in their ability to continue delivering a successful heritage railway.

“As I highlighted in the House of Commons last week, the Steam Railway had the foresight to secure track when the Newport-Ryde route closed many decades ago. I welcome the willingness of the team at Havenstreet to consider the possible use of their existing route to support a future extension to Newport, which is also one of their own ambitions.

“This public meeting provides an opportunity to confirm the Island’s desire to see its existing railway routes interconnected, as a first step towards increased usage (and possible extension) of both lines for the benefit of Island Line, the Steam Railway and their customers. It is my intention to take these ideas forward with the Government in the New Year, and I look forward to the input of residents at next week’s meeting to inform my approach.”

Get in touch
Any questions about the public meeting on 14th December should be directed to [email protected] Shanklin Theatre’s doors (and the bar) will open at 6:30pm, ahead of a 7pm start.

newest oldest most voted
Steve Goodman
One cllr. not expected to attend is the leader, who said he would be at another public meeting at Northwood House to answer questions about the future of the even older essential ‘important part of the Island’s transport heritage now no longer playing a prominent role in the tourism and interconnectivity offers’ – the new unusable floating bridge. ‘It is essential that the needs of users are… Read more »
Vote Up5-2Vote Down
Steve Goodman
Dear Bob – Now you are talking transport with your colleague Chris, please pass on to the travelling public, ahead of those “possible future extensions to Newport and Ventnor particularly in light of the Government’s announcement about previously closed lines being re-opened”, the government’s plans to keep open the existing lines that couldn’t be kept open by our greedy profit-driven providers during the last couple of days.… Read more »
Vote Up20Vote Down
Caconym

Oh gawd. Someone let the Boy Blunder out of his cage.