Rugby: Ventnor kept the pressure on against league leaders

Ventnor’s first team kept the pressure on throughout the game, but it wasn’t to be. A great effort made by all against top-of-the-league, Ellingham and Ringwood. 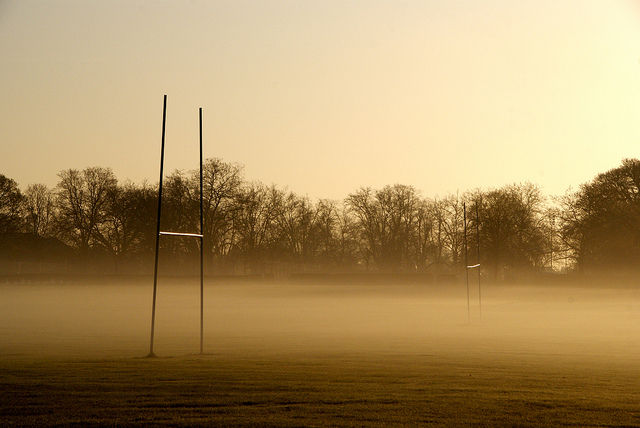 Ventnor 20 – 43 Ellingham and Ringwood
With their opponents flying high in the league, Ventnor went into the game knowing mistakes would be punished.

With that in mind, Ventnor started extremely well with great ball retention and camping out in the opposition half. Something that would remain for the whole game. This was rewarded with a penalty kick converted by Todd Riches.

Ellingham then showed why they are top of the league and a couple of well-worked tries saw them open up a little lead. That lead was quickly shortened by an intercepted try for Ed Blake, who sprinted clear for Ventnor’s first of the game.

This buoyed the home side who then spent the remainder of the half camped on the opposition try line, but had two attempts deemed as held up and Ellingham kept their small lead going into halftime.

HT Ventnor 10 – 17 Ellingham and Ringwood
In the second half, Ventnor looked to continue their fantastic end to the first half with more pressure on Ellingham. However, a couple more efforts were deemed to be held up.

Ellingham then seized the opportunity to exploit a couple of tired Ventnor defenders and a couple of break away tries took the game a bit further from the island side.

Ventnor weren’t done yet though. Confidence in the team’s attacking plan saw them work their way back up the field with substitute and first team debutante, Cameron Griggs, going over under the posts. Another penalty from Todd Riches kept the pressure on the travelling side, but it wasn’t to be.

Ventnor RFC would like to thank the following for sponsoring the match; John Liddelow Finacial Services, The Volunteer, The Spyglass Inn, and Cridmore Farm