Depending on when you travel, if you’re lucky you might hear The Ferryman singing sea shanties at Fishbourne this year 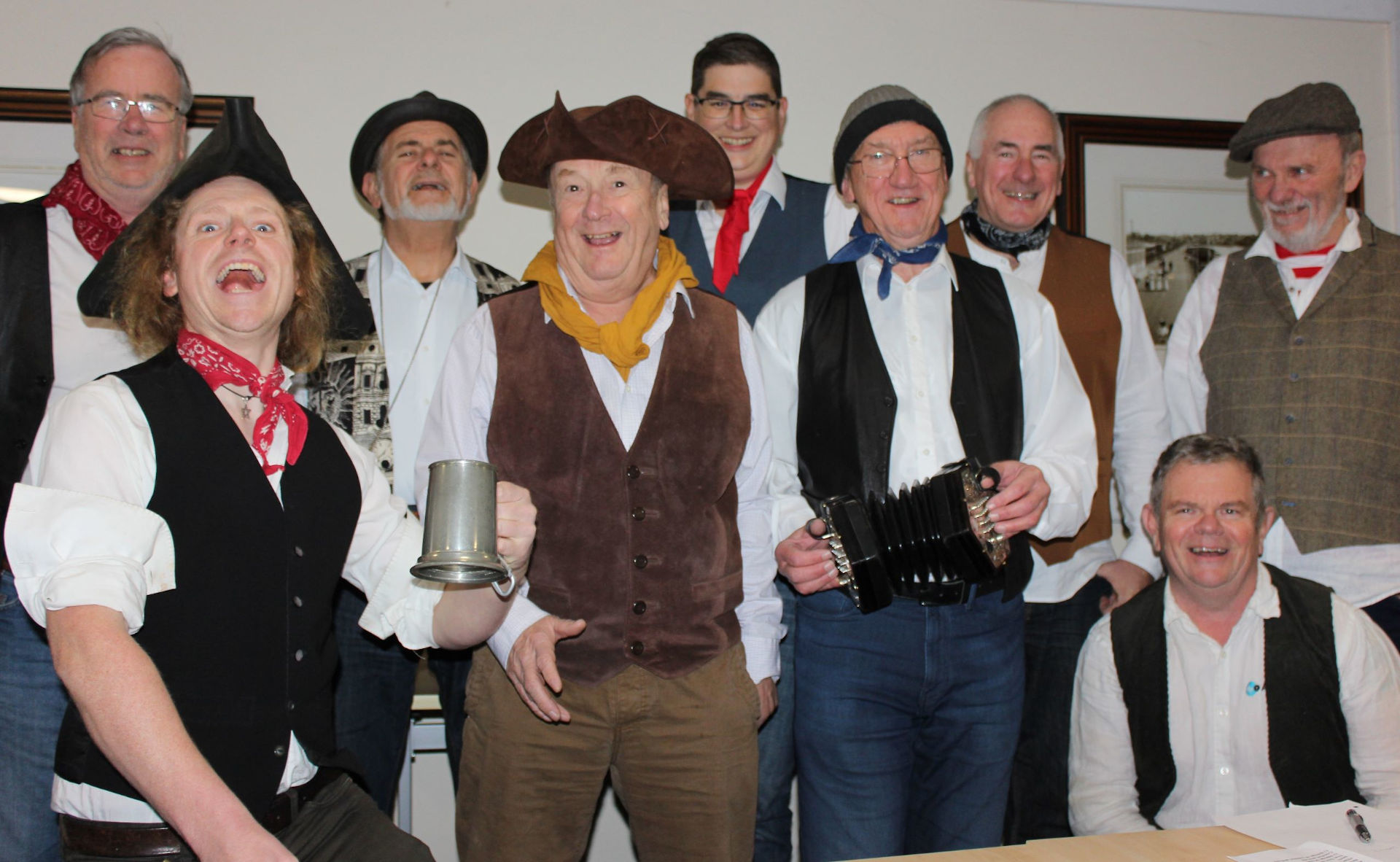 A recently formed sea shanty crew has a home port for their weekly practice sessions at Wightlink’s’ Fishbourne terminal.

The Ferrymen were formed in October 2019 when several local men from Havenstreet, inspired by a love of the sea and naval history, put up a poster asking if anyone was interested in forming a shanty crew.

Crew was formed
Very quickly a group of nine was formed, under the experienced shanty guidance of Josh Harcourt-Slowley (crew member of the Wellington Wailers) and singing teacher Emily Hall.

Finding the right venue for weekly practice was resolved when a group member approached the Wightlink in the Community Facebook page and Port Operations Manager Martin Gulliver offered the Victoria meeting room at Fishbourne’s terminal.

“The Victoria room is ideal, it’s warm, has good acoustics and of course, means we can see travellers coming and going across the Solent whilst we sing!”

Public appearances
The Ferrymen have already performed at several public events over the Christmas holiday and received very positive feedback from appreciative audiences.

Other events are being planned for 2020 including a performance on board a Wightlink sailing to give passengers an apt nautical treat.

“When we were approached by the Ferrymen we were more than happy to support them by allowing them free use of the Victoria Room.

“As travellers know we are always keen to host onboard entertainment and we are looking forward to having the Ferrymen perform on one of our routes shortly.”