Holy Cross Catholic Primary School buildings are safe from development, but plans include the primary school’s car park, part of which will be built on 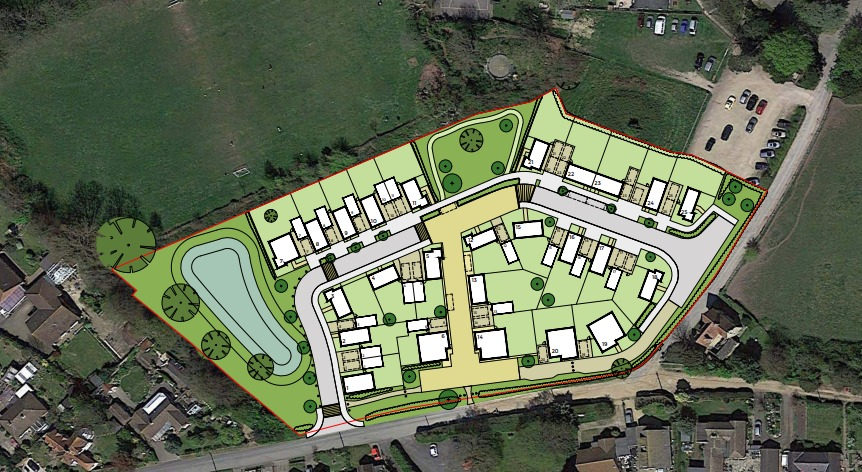 More houses have been proposed for East Cowes — as a developer submits plans for up to 25 homes on the grounds of a former convent.

Vail Williams LLP, on behalf of Sisters for Christ, are submitting an outline plan for houses on Millfield Avenue, East Cowes — with 35 per cent being affordable.

Sisters for Christ sold part of the land and the convent building on the Springhill Estate in 2016.

Part of car park to go
Holy Cross Catholic Primary School buildings are safe from development, but includes the primary school’s car park, part of which will be built on.

The proposed land being developed is predominantly greenfield, and the last bit of land the Sisters for Christ own.

The site plan features 16 open-market and nine affordable homes — a mixture of one-bed bungalows and two, three or four-bed houses — backing onto the primary school.

Ongoing for over a year
Plans for the site, which is on the same road that loops through the Norris Castle estate, has been in development for a year, with pre-planning advice sought from the council in January 2019.

Other matters, including the final layout, appearance and scale will be determined through reserved matters if planning permission is granted.

Comments can be made on the application by 20th March 2020.

East Cowes developments
East Cowes has been the subject of expansion over the last few years, with Barratt Homes developments, some still being built in Hawthorn Meadows, and the Crossways development — which could have seen up to 185 new houses built next to Queensgate Primary School if it was approved.

Plans have currently been sent back to the developer for more information.

Love: “Consider impacts and importance of this development on our community”
Isle of Wight Councillor for East Cowes, Cllr Karl Love, has said the convent field is ecologically important, containing rare reptiles, harvest mice and voles among other species. He urged residents to comment on the application.

“In this field wildlife currently co-exists in harmony with humans, in spite of modern day pressures brought by the progress of human beings.

“Old Road (connecting to Millfield Avenue) has no pavements and has a complicated road structure to navigate.

“Residents have raised concerns with me last year about the possibility of this field being built upon and now is your time to make your comment.

“I encourage everyone living in the immediate location to consider the impacts and importance of this development on our community and environment as a whole.”

OMG parking at the school is already worse than a nightmare…Nightmare on Elm Street, sorry Millfield Avenue! And the junction is just so dangerous with the blind bend on Old Road….

Keep quaint old Councillor Churchman away from this! She will just get muddled up again and make the wrong vote!