Southampton council has just adopted a guide for councillors’ social media accounts – to help them from embarrassing themselves and their council. It’s solid advice like ‘Don’t drink and Tweet!’ OnTheWight has the detail.

A good idea for Isle of Wight council too? 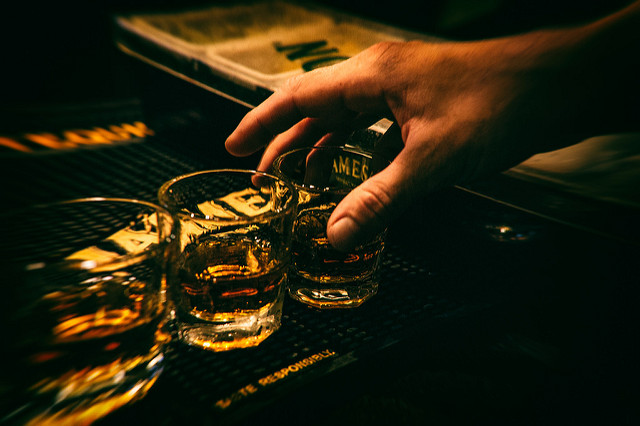 It can often be interesting to see how other councils around the UK handle themselves and elected councillors – in particular if they’re right on the Isle of Wight’s doorstep.

Of course, we’re living through the age of Social Media, so given this, Southampton council has taken the forward-looking step of issuing guidance to their elected Members covering their posts on Social Media.

The most eye-catching guidance is “Don’t drink and Tweet!” – More details of Southampton council’s guidance below.

Isle of Wight council doesn’t appear to have any similar guidance (OnTheWight has written to them asking if they would consider it), which might explain why some IW councillors have found themselves in Twitter storms from their own Tweets.

Isle of Wight Twitter storms
The Isle of Wight council’s cabinet member for Transport, Cllr Ian Ward, found himself in a Twitter storm this June for tweeting that those opposing Brexit were, “traitors to the British People”.

When OnTheWight contacted Cllr Ward after the Twitter Storm blew up, he said he regretted making the post, claiming it was ‘made in haste’. The Tweet hasn’t been deleted at the time of this article being published.

He also came in for criticism last year after he retweeted former leader of the English Defence League, Tommy Robinson, later claiming he had no idea who Mr Robinson was.

Of course there is no suggestion that Cllr Ward had been drinking when Tweeting, but if Southampton’s guidance were applied to Isle of Wight elected Members, it appears those Tweets of Cllr Ward’s would fall foul of some of the other guidance.

Island guidance
OnTheWight has written to the Isle of Wight council to ask whether they would be adopting a similar guidance for Island councillors.

What do you think? Would guidance for councillors be a good idea?

Southampton’s guidance to councillors in full
The full document showing all of the guidance has been embedded for you below, but here are a couple of snippets:

The guidance for Southampton councillors starts with:

Here are a few more:

“Do think before you message! Do not say anything that you would not be prepared to discuss face to face with anyone, or be prepared to be minuted in a public meeting”

Don’t use “other people’s photos, without getting permission”, as it is likely to breach copyright laws.

Retweets and sharing
The guidance also warns members to not re-tweet or share any post they don’t know to be true, refrain from publishing information received in confidence.

The guidance document was approved by the Southampton’s Governance Committee on Monday night.

This article is from the BBC’s LDRS (Local Democracy Reporter Service) scheme, which OnTheWight is taking part in. Extensive additions by OnTheWight. Ed

Image: johnnysilvercloud under CC BY 2.0

3 Comments on "Southampton council issues guidance for councillors’ social media accounts. Should IW do the same?"

Anyway, I thought there was a ban by the ruling party on the Island making any utterances unless sanctioned by the leader. Why? Because they are so quiet and do not seem to want to engage with their electorate, that’s why.

Vote Up90Vote Down
long in the tooth
Southampton City Council could teach the Isle of Wight Council a thing or two with this document. I wonder why the Isle of Wight Council have not considered putting a policy in place for their own councillor’s and also for councillor’s from Town and Parish Council’s to follow. It appears that on the Island councillor’s can start social media sites at the drop of a hat, administer… Read more »
Vote Up10Vote Down
Rockhopper

I agree with Colin on the amusement factor – but guidance would be an excellent idea to try and avoid some of the real howlers….