Tickets are now on sale for the annual Wolverton Folk & Blues Fair, which returns on 16th May with a great line-up. 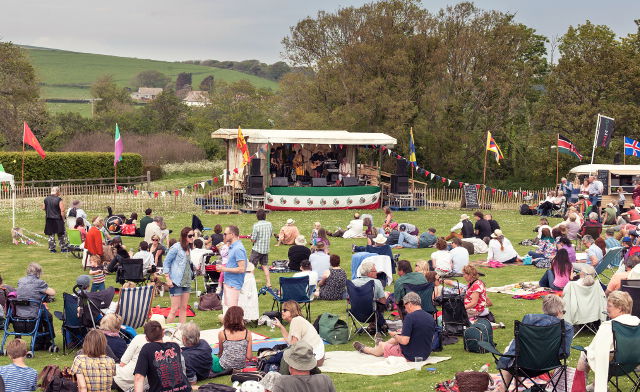 Thanks to Tim for the reminder about this annual charity event. Ed

The date for this year’s Wolverton Folk & Blues Fair has been set.

The family friendly event set in the stunning grounds of Wolverton Manor, Shorwell, will take place on Saturday 16th May.

One of the very best blues vocalists and slide guitarists this country has ever produced, Dave is well known for his 20+ years with The Blues Band with umpteen band albums and almost as many solo albums to his name. From the beginning, he’s played with some of the greatest blues artists in the world – Howling Wolf, John Lee Hooker, Son House & Buddy Guy.

He’s had his own Dave Kelly Band on and off, for over 20 years as well as performing solo and touring an acoustic blues duo show with Paul Jones – this man simply lives and loves the blues and will be appearing at Wolverton on his UK Solo tour.

Full programme of artists
The live music stage will provide a full programme, also featuring the best of the Island’s Folk & Blues musicians.

Acoustic heaven in the beer tent
The popular ‘Beer Tent Acoustic Stage’ will make a welcome return this year with some diverse acts lined up including The Dollymopps, Double Hitch, Red Sqwrl, Brighstone Barnacles, Nick Cane, The Nightwatchmen, Doug Alldred and Damien Paul.

Don’t forget to get advance tickets in for this lovely, family friendly festival. Gates open 11.30am with live muic from 11.45am to 8pm.