The CLA is calling for rural police forces across England and Wales to implement its five recommendations to ensure they are ready to combat rural crime. 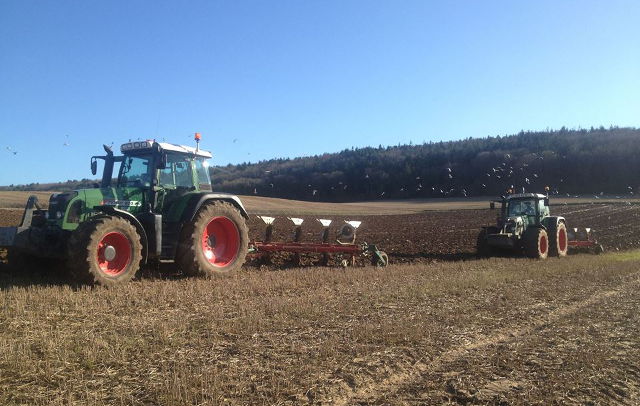 Michael shares this latest news on behalf of the Country, Land and Business Association (CLA). Ed

New analysis by the Country Land and Business Association (CLA) reveals that police forces are failing to recognise the detrimental effects of ruralcrime ­– fly-tipping, machinery or livestock theft, hare coursing and vandalism of farm infrastructure­ – which is estimated to cost the economy £44.5m a year.

National picture
The research, which scrutinised the activities of 38 rural police forces across England and Wales, shows that more than a third (37%) lack a dedicated rural crime strategy, nearly two-fifths (39%) do not have a rural crime team, and only 10 forces (28%) deliver rural crime training for new recruits.

It also revealed that more than one in four (27%) do not have a police officer of inspector rank or above leading rural crime. Furthermore, only around half (53%) of rural police forces across England and Wales have dedicated rural crime prevention tools, such as 4x4s, trail bikes, night vision equipment or drones.

Fly-tipping
The analysis builds on previously published figures which show the average cost of a rural crime incident is £4,800, with each fly-tipping occurrence costing more than £1,000 to clear up.

Half of rural business owners state that crime has a “moderate” to “great” impact on their lives and 60% are “fairly” or “very” worried about becoming a victim of crime.

“Hampshire Constabulary is already doing a lot of good work fighting rural crime, with a dedicated team in place across the county. It needs a clear strategy to make sure tackling rural crime is at the forefront of its work, consulting with residents and businesses to build links and shared working in Hampshire and on the Isle of Wight.”

“That a third of rural police forces do not have a dedicated strategy or team to deal with rural crime is quite simply astounding – especially when one considers the huge financial and emotional impact it has on those who live or work in the countryside.

“Farming is a stressful business where many are working on tight margins. Having to deal with replacing lost machinery, repairing a vandalised barn, or clearing up and bearing the cost of someone else’s fly-tipped mess, just adds unnecessary stress, eats away at meagre profits and takes up valuable time. All of that is before we deal with the emotional fall-out of becoming a victim of crime, which many will unfortunately know can have long-lasting repercussions on wellbeing and feeling safe in your own home.

“Clearly, budgetary constraints are an issue, and we’d like to see more forces being given the tools to combat rural crime seriously, but many have failed to match tough words and pledges to even the simplest of tangible actions. Much more needs to be done to ensure rural crime is taken with the seriousness that it should be.

“Next year’s police commissioner elections may well see rural crime rise up the policing agenda, but there is no reason why – as a bare minimum – all rural police forces should not have a dedicated rural crime strategy in place before then.”

Five point plan
The CLA is calling for rural police forces across England and Wales to implement its five recommendations to ensure they are ready to combat rural crime:

The analysis pulls together insight from CLA’s regional teams who regularly engage with rural police forces on behalf of its 30,000 rural landowner and business members.

The latest idea is Drones, these will drive the remaining constables back into the control hub to operate them at a distance, probably Warwickshire.
I expect eventually they will be stationed in a grid and operated by computer, or ignored like the cameras in our towns.