Despite developing cramp in both legs with 20kms to go, James Veal managed a provisional sixth place in the Portmore Classic road race. 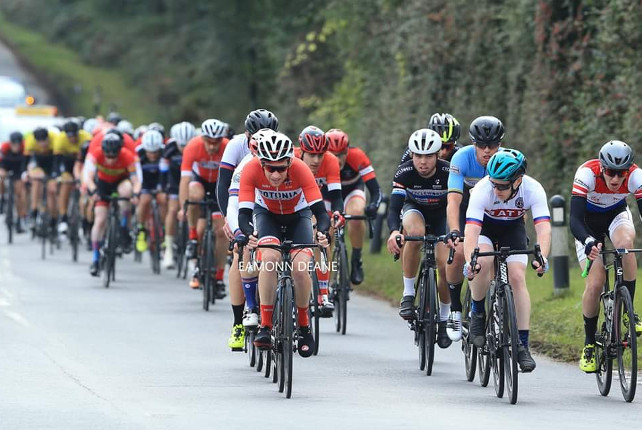 The course was a rolling 16km loop covered six times on what is referred to as the ‘Monkey World Course’ in Bovington, Dorset. The field was made up of 80 riders all looking to finish off their season well.

After a fast paced start a break away of five riders created a gap of about 40sec before the peleton got organised and began to chase them down. With only a handful of riders willing to work on the front James decided to try and bridge the gap to the lead group.

His attack pulled some of the stronger riders to the front and the move brought the race back together. James paid for this effort developing cramp on both legs with about 20kms to go, but after hiding in the group he managed to recover and actually made up places in the bunch sprint for the finish.

He managed a provisional sixth place (second in masters age 40+years) having been in last position on the final lap after suffering with cramp was a great result and a nice season finale.

James wishes to thank Wightlink, Wight Mountain and Island Stoves for their continued support this year.