In a letter sent to parents, governors said they had come to the decision following ‘frank conversations’ and ‘a very painful meeting’ with Isle of Wight Council representatives. 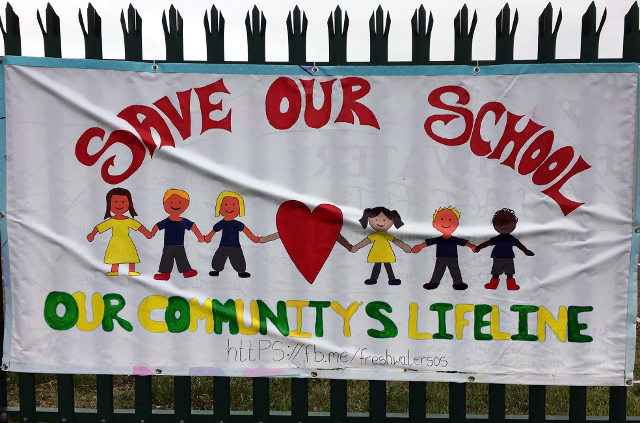 Yarmouth Primary School could be closed and moved to Freshwater after all — after governors ‘reluctantly agreed in principle’ to the proposal.

In a letter sent to parents, federation governors of Yarmouth and Shalfleet Primary Schools said they had come to the decision following ‘frank conversations’ and ‘a very painful meeting’ with Isle of Wight Council representatives.

The letter was sent after Yarmouth parents said they had been ‘kept in the dark’ over the future of the school.

A protest is being held at the school this afternoon (Thursday).

They said they offered an alternative option, to incorporate All Saints into the federation with Yarmouth and Shalfleet, but was rejected by the council and the diocese.

Committed to closing a school in West Wight
The council, which has pledged to reduce the number of surplus primary places in the area, told the governors they had two main commitments — to retain a school in Freshwater and close a school in the wider West Wight.

There are five primary schools on the area — All Saints, Yarmouth, Shalfleet, Brighstone and St Saviour’s in Totland.

Responding to the letter, parents said the governors had submitted to council pressure.

“They have claimed they have the ultimate power to decide the future of the schools, but this is far from true.

“The council previously pursued an unlawful course of action in attempting to force a move of Yarmouth Primary School and now they have forced the governors to submit.

“We will continue to support and empower our governors to go back to the council and say no.”

Governors said their main concern was ‘to ensure the school can survive.’
The Isle of Wight Council has been approached for comment.