The footage shows the magnificent beauty of the white-tailed eagles, and the paragliding looks pretty appealing too 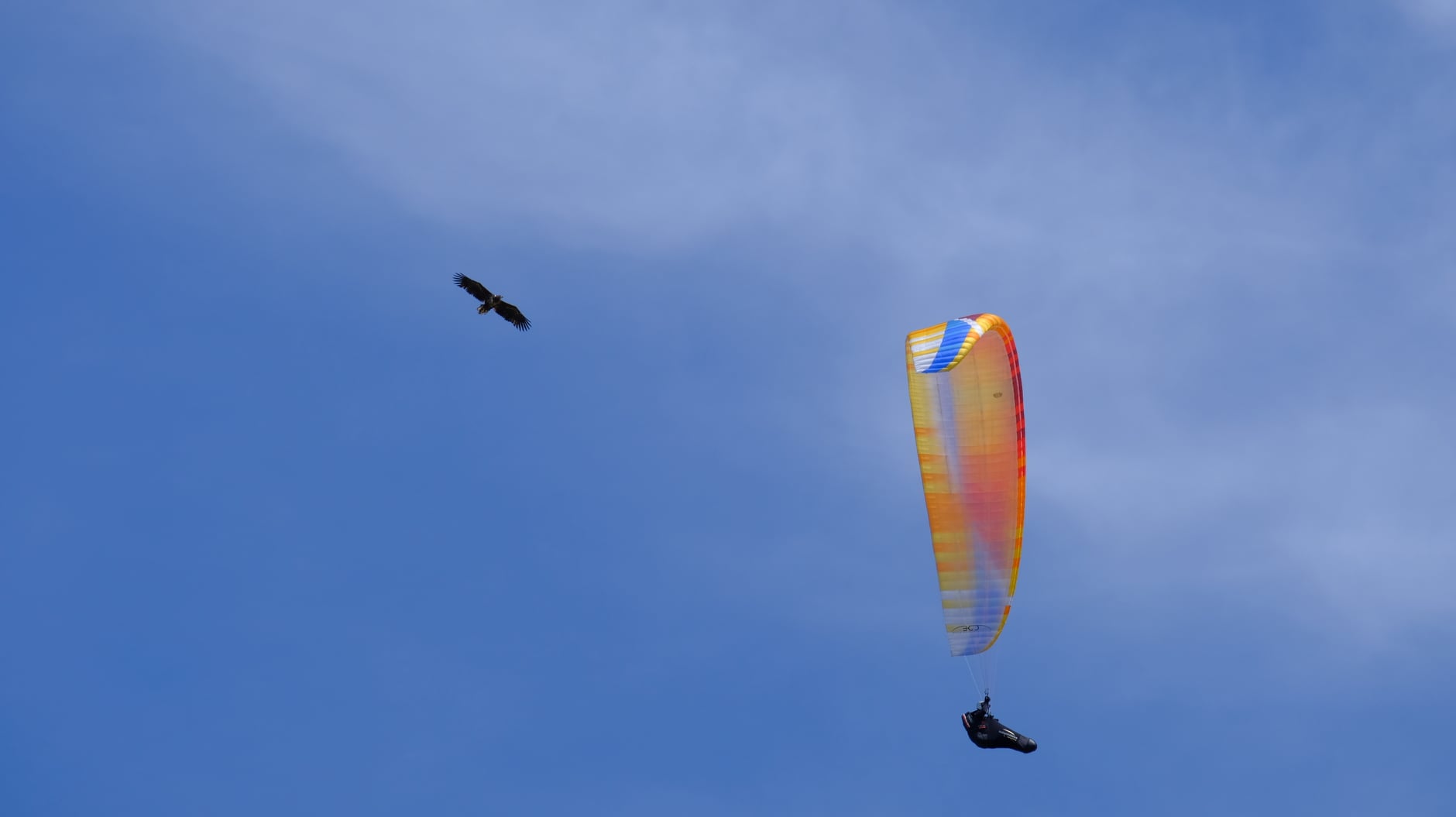 Most people of the Isle of Wight will be aware of the six juvenile White-Tailed Eagles that were released on the Island last year.

Although some of the birds appear to have settled elsewhere and the others like to travel, News OnTheWight is told that, most days, we have at least one still on the Island.

Flying high with the paragliders
Many people have been lucky enough to spot these stunningly majestic birds soaring above the Island, and we’ve seen some fantastic photos over the last year.

However, this video shot by the owner of YouTube channel ‘Isle of Wight Life’ – who was lucky enough to have one of the eagles join them when paragliding – is a massive treat.

Find out more
You can catch up with the movements of the white tailed eagles via the Roy Dennis Wildlife Foundation Website or the Forestry England Blog updated by project team member, Steve Egerton-Read.

We had one catching the thermals over our back garden in Ventnor in the early afternoon.. I tried for a photo or 2, but was just stunned at the beauty and grace they have. One of Natures finest birds.