West Wight Schools: Funding for Freshwater site not yet secured, but decision on closure imminent

The Isle of Wight council cabinet say the All Saints’ school site would be subject to a multi-million-pound investment, but it has not been secured yet 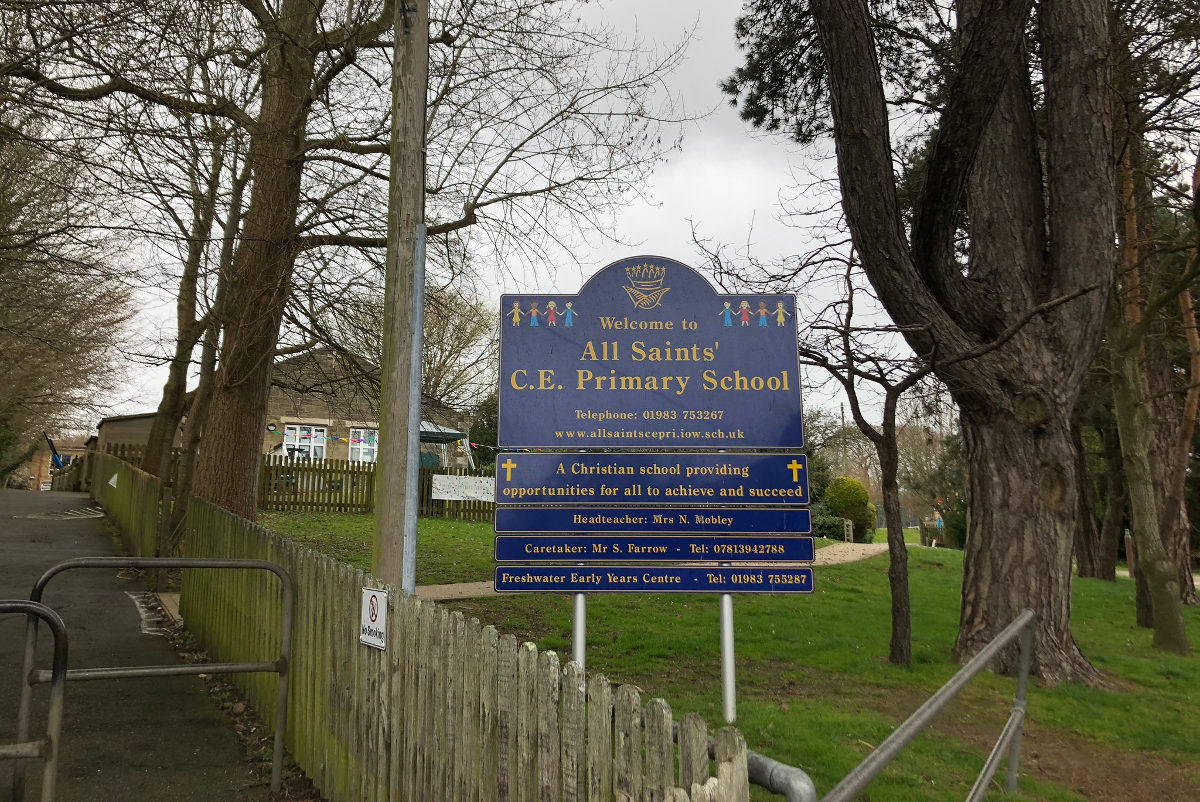 As reported by OnTheWight on Tuesday this week, the future of schools in the West Wight may now come down to a decision made by a governing body.

New build funding: ‘Very positive discussions’
The council has said the Freshwater school site would be subject to a multi-million-pound investment from the Department for Education — which would see almost all the existing buildings demolished and rebuilt with the historic front of the school remodelled and fully refurbished, commencing this summer.

Although the funding has not yet been secured, the council is engaged in ‘very positive discussions’ about the project.

Should that happen, the council said the well-being of all pupils and their families affected by the changes would be its primary concern.

Following a public notice published in October, with a subsequent consultation period, seeking to close All Saints’ from 31st August 2020, council officers have offered their support to the governors of Yarmouth to undertake a consultation.

Governors will be making the final decision on Monday 13th January.

Council’s consultation
A similar consultation was run by the council which received mixed results.

A total of 16 objections were received about closing All Saints’, with one supporter. Twenty-five responses were concerned with or objected to the relocation of Yarmouth, with three supporters and 16 responses alternatively proposing to close or relocate Shalfleet CE Primary.

Hastings: Support for recommendation
Cllr Steve Hastings, cabinet member and ward representative for central Wight, said the ‘recommendation is to close Yarmouth School and build a new school on the All Saints site’, which he will support, in a community magazine.

After cabinet makes its decision and if Yarmouth governors do not decide to relocate the school, the council will either close Yarmouth, keeping All Saints’ open or close both schools and build a new academy subject to further consultation.

If governors relocate the school, two implementation groups will be formed to work with each school and set of governors to ensure standards are maintained and the transition of pupils is as seamless as possible.

1 Comment on "West Wight Schools: Funding for Freshwater site not yet secured, but decision on closure imminent"

newest oldest most voted
paul
Yet again this process is shown to be a shambles. All this disruption was going to be worth it because of the millions of pounds of government money the council were getting. Now the council’s plans are being exposed as naive at best or dishonest at worst. The consultation results show that barely anyone supports these proposals. Will this be another St Mary’s roundabout fiasco: forced through… Read more »
Vote Up4-1Vote Down