40 Public Toilets Could Be Retained Under New Proposals

40 will be retained rather than 35 as previously proposed

Papers for next week’s Cabinet meeting (1st March) reveal some alterations to the proposal to close 32 of 67 public toilets on the Isle of Wight. 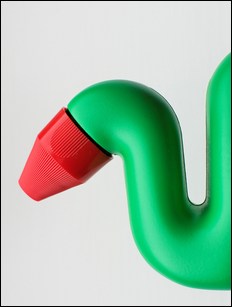 As VB readers will remember, back in December 2010, the IWC revealed as part of their budget proposals, that 32 public loos were deemed surplus to needs and planned for closure.

Following the public consultation, in which 319 emails were sent to the council along with 133 letters to councillors, five public toilets have been saved from the flush and will, if approved next week by Cabinet members, continue to be funded and managed by the IWC.

Expressions of interest received for 18 toilets
Of the 40 earmarked to remain, the council has received interest from third parties to run six of them and they say if this goes through, it could result in further savings for the council.

Of the 27 surplus conveniences earmarked for closure, 12 expressions of interest have been received from third parties to run them.

Image: Alexbrn under CC BY 2.0

Do youb think Pugh arranges fopr these ddocuments to be released as soon as psooible before he attends a meeting (Shanklin Town Council Tonight at the Theatre) so only he will have the full details.

So if they are starting to listen to us when can we expect Pugh to resign then?

Vote Up00Vote Down
something you should know
So hang on a minute, just from what I’m seeing from the above, not only is Brighstone losing its Library completely, it looses its toilets as well? I mean really? How is it that other parts of the Island get 2 or more and we get none? I know that it’s a village, and it maybe small, but we do get tourists to you know!! We do… Read more »
Vote Up00Vote Down
No.5

We’ve got six….but then Pugh is our councillor

Exactly, look after one’s own. Sod the rest of us!

Did Brighstone register an interest? They stood no chance if they didn’t. Ask your Parish Council how they have responded to both the toilet and library issue.

come to the parish meeting on thurs evening 24th in brighstone school and have your say… residents keep saying over that we are being discriminated against in rural areas, only 5 buses a day, soon no wightbus, no loos, and no library, and now a threat of school closures in west wight, what next..

If David Pugh closes your loo’s he could have a lot of Pooh on his hands…..to deal with??

Vote Up00Vote Down
cynical
so once again, its take it with one hand and give it back with the other. Theres 5 toilets that wont be closed. So what. Theres still 27 going. The council, and the government, seems to be giving concessions to protesters in the hope that the protesters will forget about the true scale of the cuts. Obviously every little victory is good, but 5 loos doesnt mean… Read more »
Vote Up00Vote Down
Black Dog
Classic, treat the voting population like idiots give them a little tit bits and they would be forever grateful. We are yet to addressed the issue of double charging for the libraries and toilets that the council continue to maintain and those that the local Parish Council deem essential to maintain for their area via a precept increase. We have to hold these people to account and… Read more »
Vote Up00Vote Down
Black Dog
Quote: Public Convenience Review (1.Mar.11 Cabinet) “29. There are no direct crime and disorder implications arising from the recommendations of this report” Who prepared this report? Where do these people live? Oh I forgot it is in La-La Land I note that the Risk Assessment did not look at the implications of human waste on our beaches. Oh I forgot it is teletubbies, not people, who visit… Read more »
Vote Up00Vote Down
Z. Morgan
I wonder if there’s not a sexual equality matter here that we could use against these toilet closures. Sorry to be crass and don’t read on if you are offended by toiletry matters, but most females are unable to pee against walls and in the main have to half undress to do this simple act. Will there be mass arrests for public indecency if one gets caught… Read more »
Vote Up00Vote Down
ken

To Wee or not to Wee,
That is the question?
Were damned if we do and damned if we don’t.
We’re in trouble either way!
Another fine mess you have left us in Mr Pugh??

Our Island leader is ‘David’ its true,
Reminds us of pooh, but its Pugh.
Closing our toilets he thinks,
Is an idea that stinks.
Lest he becomes the Island leader of Pooooooh!!

A song for Tory Councillors.

You know its tru.ooo
someone like me eeee
can learn to be an a#shole like you ooo

Its utterly amazing the the Tories on our coucil want to shut public loos If what we rwead in CP is to be believed, isn’t that where tory councillors get their recreation?

Its utterly amazing the the Tories on our coucil want to shut public loos If what we read in CP is to be believed, isn’t that where tory councillors get their recreation?

Vote Up00Vote Down
watchdog
Even the loos listed as “retained” could still be locked up for half the year. The desperation of the situation was brought home today when I was caught short in the Cowes area. First Gurnard Shore – no good, locked up. Drove along the seafront to the one at the corner of Mornington Road – no good, locked up. Tried Northwood House, but the building was closed.… Read more »
Vote Up00Vote Down