Blue Peter Badge for Bethany and her Bee Bombs

After making and selling dozens of Bee Bombs to fellow Guides and friends, Bethany chose Gift to Nature, part of Natural Enterprise, as the charity to benefit from her endeavours as they look after the countryside and green spaces locally 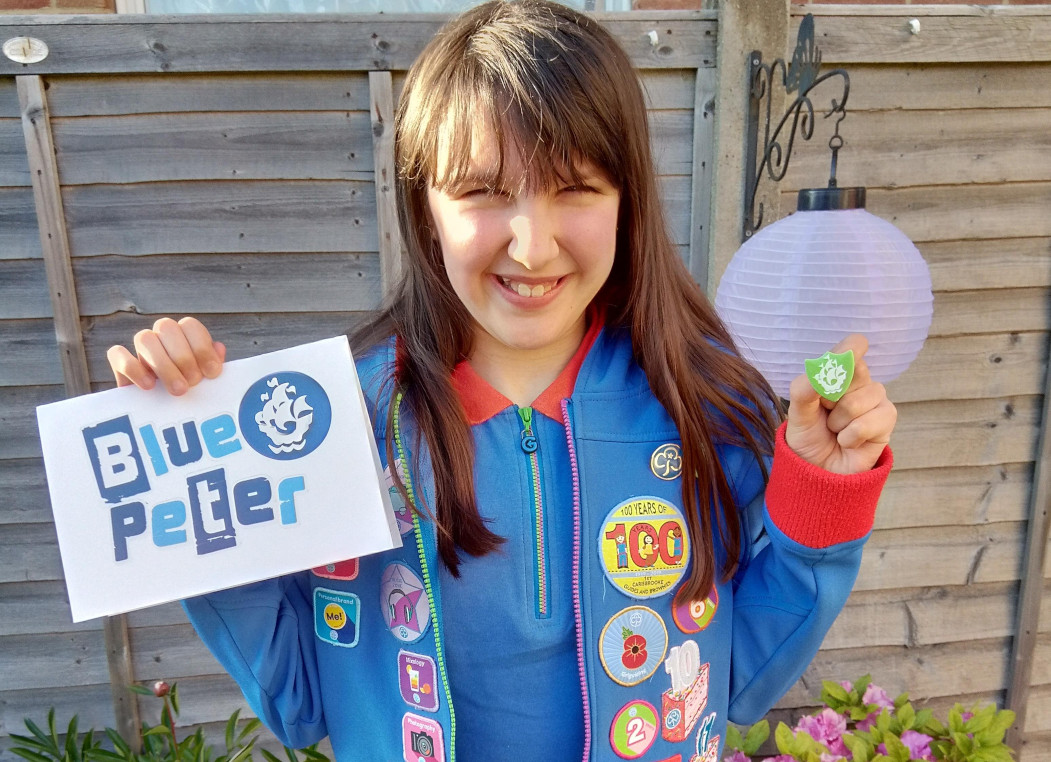 Eleven-year-old Bethany Wells, a member of 1st Carisbrooke (Princess Beatrice’s Own) Guide Unit, has undertaken some environmental projects recently which have gained her a Girlguiding Campaign Badge and the coveted Blue Peter Badge.

Girlguiding’s Campaign Badge encourages members to choose a theme and one of the activities involves raising money for a chosen charity. As well as a Blue Peter ‘Green’ Badge, Bethany received a letter of congratulations from the CBBC Blue Peter team.

Before starting on the projects Bethany discovered that wildflower habitats have been in decline since World War Two and as these habitats are important for bees, they need to be looked after and enhanced. Bees feed on the wildflowers for their nectar and bees are an important part of our environment as pollinators helping plants, vegetables, and crops to grow.

Production of Bee Bombs
Bethany decided to make, and sell for charity Bee Bombs, which enable the spread of seeds. Bee Bombs are made from five parts compost, five parts clay and one- part wildflower seed.

These Bee Bombs can be dropped into hedgerows or planted in pots in the garden, producing wildflowers such as poppies, cornflowers, and foxgloves.

Supporting Gift to Nature
After making and selling dozens of Bee Bombs to fellow Guides and friends, Bethany chose Gift to Nature, part of Natural Enterprise, as the charity to benefit from her endeavours as they look after the countryside and green spaces locally.

Over £100 was raised and, at a later date, when it is safe to do so, there will be a cheque presentation.

Wanted to do something to help the environment
Bethany said,

“Lots of people are not environmentally aware, they throw away a lot of plastic that hurts wildlife, so I wanted to do something to help the environment and animals in need.

“I enjoyed making the Bee Bombs, and I was really surprised how popular they were, but they were a bit mucky to make! I want to continue day to day, to help make a difference such as litter picks, recycle and upcycle from around my house and make other people aware of what they can do.

“I also really like bees because I love honey on my toast!”

newest oldest most voted
Tamara
Well done, Bethany! You’re an inspiration, making the very best use of your time during lockdown. Not only are you raising awareness of the loss of wildflower habitats over many decades, due to intensive agriculture, that has led to a sharp decline in insects of many species, but you have also come up with a solution to the problem. You recognise that everyone who has a garden… Read more »
Vote Up80Vote Down