Colleen Brannon from Island Labour shares the speech she will make at tonight’s full council meeting, in defence of the Law Centre, which provides help to vulnerable Islanders and says it saved the council between £1.5-£1.9m in 2017. 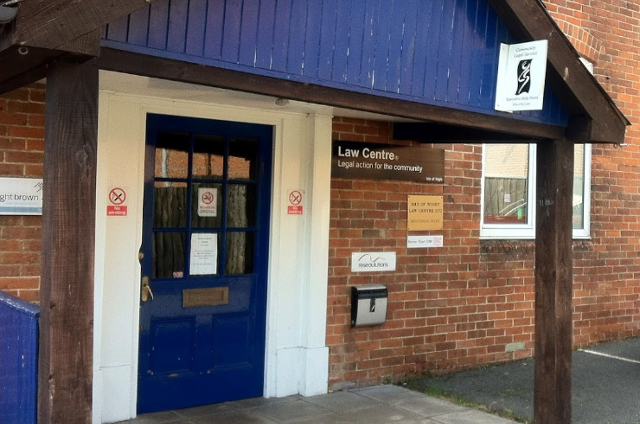 Over 3,000 signatures collected by Island Labour and Unite Union IW have secured a debate regarding the future of services offered by the Isle of Wight Law Centre at today’s full council meeting.

Colleen Brannon, a member of the local Labour Party, will be presenting the following speech to the council:

I recognise that the Isle of Wight council is intent on entering a tendering process for the provision of relevant services. I am realistic, and I note the recent press release from the Council.

As such, this petition is not about getting the council to abandon this process, but to recognise the work that is currently undertaken, and which should be maintained both for the benefit of residents and the financial good of the Isle of Wight council.

Appearing twice on agenda shows importance
I note the motion being submitted by Cllr Geoff Brodie. I do not apologise for the fact the Law Centre appears twice on this evening’s agenda. This indicates its importance.

In addition, the fact there is a motion before you means you have an opportunity to formally vote to take action to recognise this importance.

Real life stories
The Law Centre is perhaps a body not known by the majority of Islanders, but it is highly valued by all those it has helped over the last (15) years.

These include my parents. My mum was a manager of a successful home care company, and my dad was an engineer for over 30 years, until, one day without warning in her mid 30s, my mum suffered a life changing stroke. My dad was forced to give up work to care for her, and if it hadn’t been for the timely, specialist and free help offered by the Law Centre, we most certainly would have lost our home.

When out collecting signatures for the petition, I heard many similar stories from other Islanders.

Valued service
A woman from Cowes told me:

“After the CAB was unable to help me, I got an appointment with the Law Centre and years of debt problems were dealt with almost immediately. I was helped with my PIP tribunal, which was successful.

“The Solicitors there were able to sign things off quickly, which meant I did not need other appointments and I did not have to assemble lots of paperwork; the Law Centre got details from credit agencies.

“When you are suffering with mental health issues, these things can be very overwhelming. Thanks to the Law Centre, my debt problems are managed, my PIP was restored, I still have my home and have kept my sanity.”

Preventing crisis becoming catastrophe
Countless people have contacted me from across the Island, with stories such as these. But this is not a personal issue.

The Law Centre prevents crisis becoming catastrophe. Last year, the IW council spent £1.4 million on temporary accommodation. In the absence of an organisation delivering the very specialist work of the Law Centre, it’s easy to see how that figure could drastically rise.

Savings for council
The average cost to a Local Authority when accepting an individual/family as homeless, calculated in 2012 is in the range of £24,000 to £30,000 (Dept Communities Local Government (DCLG): Evidence Review Of Homelessness (2012)).

Even when using the 2012 figures and basing the maths on eviction warrants only, the Law Centre saved the Isle of Wight Council between £1.5 and £1.9m in 2017.

Universal Credit issues
Considering the rise in evictions and homelessness in areas across the country where Universal Credit has been rolled-out, and the fact that the reforms are due to be fully implemented on the Island in due course, it would seem questionable to risk Island services that are proven to prevent homelessness.

The Law Centre is plainly valuable, not just to the people it helps but also in pure financial terms to the Isle of Wight Council.

Outcome-based objectives
It is key that the Law Centre does not simply signpost people to other relevant organisations; because its objectives are outcome-based, it does the work required to help people. It does not just give advice or tell people where to go. It offers more than Advice, Information and Guidance services, it is able to advocate on behalf of its clients because it has the specialist skill set and experience to to do so.

It is an impartial, confidential specialist service; factors that are vital to its work and which would be very difficult to secure in other circumstances. It could not, for example, be brought into County Hall and remain entirely impartial and confidential.

‘Legal aid desert’
In passing, I note that there is no other body on the Island which undertakes this work or which is able to undertake this work due to its specialist nature.

Furthermore, no such body exits nearby on the mainland that could. As Cllr Brodie notes in his motion, the Island is a ‘legal aid desert’.

Same level of work or better
So while I recognise that this Administration will almost not change their basic approach, I would ask that in going forward they set parameters which will ensure the work currently done is not lost. I support the approach suggested in the motion put forward by Cllr Brodie and would also ask that the tender should be constructed so as to ensure that the work outlined above is done to the same level or better.

It may of course be taken into account that no other body able to do the work exists and the question could be asked why enter into a costly tendering process with this in mind, but that is something for the Administration to consider.

Actions could generate extra costs
Financially we are in very difficult times, so it is fair to comment that if actions are being taken that on the face of it plainly seem to generate extra cost (whether it be the cost of a tendering process or £1.5M in additional costs to the future homelessness budget) that is something that should plainly be questioned.