‘Celebrity 5 Go Camping’ on the Isle of Wight

Not quite camping, a bit more like glamping, as the Celebrity Five stay in a converted 1965 Falklands helicopter during their visit to the Isle of Wight. 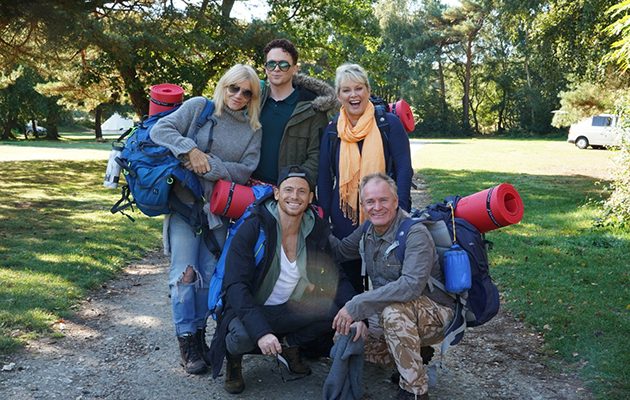 Our beautiful Isle of Wight features on TV screens this coming Friday night.

The Channel Five programme, ‘Celebrity 5 Go Camping’, which was filmed on the Island last year will hit the screens at 8pm (Friday 25th).

Episode four of the series features Michelle Collins, Bobby Davro, Stephen Bailey and Cheryl Baker on the Isle of Wight, staying at the fantastic Windmill Campersite.

Glamping on the Island
This fascinating campersite in Carisbrooke features all sorts of wonderful ‘glamping’ options, including the Westland Wessex XT469, original 1965 Falklands “Rescue” Helicopter, a converted Shepherd’s hut, a Bollywood VW Campervan, as well as a toilet in a converted telephone box – The Turdis!

“They are really nice people very down to earth and we all had a great few days at the Windmill Campersite.”

Tune in
Whilst on the Island the ‘Celebrity 5’ partake in a ghost walk and more. Tune in on Friday to Channel Five at 8pm see how they got on.