Concern Over Lack Of Response To Consultation On Social Care Cuts

Have you had your say?

This in from Isle of Wight LINk. Ed 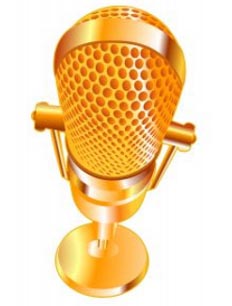 With only a few days left to air public concern over budget cuts, the Isle of Wight LINk is concerned over the lack of response to the Isle of Wight Council’s public consultation on Social Care Budget Cuts and would encourage people to have their say.

Members of the public will have heard the Isle of Wight Council asking people for their views on proposals to make changes to adult social care from 1st April, 2011.

Faced with huge reductions in money available to provide services, difficult choices will be made. Isle of Wight Link encourages members of the public to get involved and have their say by taking part in this consultation.

Isle of Wight LINk Stewardship Group vice-chair, Paddy Noctor said, “These changes will affect thousands of people and are a major change in the delivery of social care. Island residents need to understand the implications of the proposed changes and take this opportunity to let the council know their views.”

Full information about these proposals is available either online or by phoning, emailing or writing to the project manager, Mrs Kim Ball at: Transformation Manager, County Hall, Newport PO30 1UD or Email: [email protected]

We urge members of the public to have their say. Consultations on:

newest oldest most voted
Malcolm
IWC diverted several millions of pounds of the allocation of central government grant for Supporting People last year, presumably preferring to expend it on paying their senior officers and what they tell us are our priorities. This is round 2. As IWC shows little interest as evidenced on Ventnor Blog in the views of Island people, is it any surprise we don’t waste our time responding to… Read more »
Vote Up00Vote Down
ron nasty

But that gives them the excuse to follow their own agenda rather than do what people want and provide what people need. Putting people off contributing and/or making it difficult to do so is part of the strategy. If you don’t say anything they will take that as agreement to their plans.

Vote Up00Vote Down
sw
absolutely agree malcolm, unfortunately those overpaid arrogant so called council workers have already made their minds up, they do not know how to consult, they are going through a so called process, they do not care how loud or how many people shout, they will do what they will do, and i bet they keep their overpaid wages this year. once again it’s the vulnerable in society… Read more »
Vote Up00Vote Down
Mr Justice
Ron you have it, spot-on. Consultation is always a sham. They make it as difficult as possible, discounting the majority of objections because they are informal, ie telephone calls, emails, letters and media. The real disappointment is that most of us are too lazy when it comes to complaining, protesting and voting. This does allow those who make decisions about our lives to do exactly as they… Read more »
Vote Up00Vote Down