Island Conservatives’ candidate says he’s already working hard for residents as a town councillor and by-election offers an opportunity to continue this at a county level. 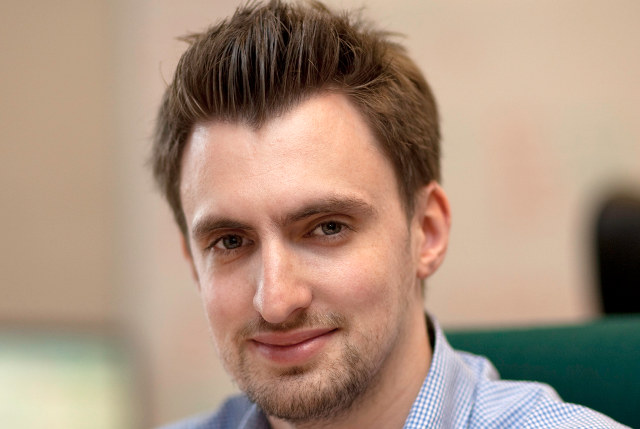 The Isle of Wight Conservative Association has announced that East Cowes resident and town councillor, Stephen Hendry, will be its candidate in the forthcoming Whippingham and Osborne by-election.

Local candidate
Stephen, who previously contested the seat in 2013, has served on East Cowes Town Council since then, including a term as deputy mayor.

He lives locally with his wife and two young children, who attend Holy Cross Primary School in the town, where he is also a local authority governor. He works as a software developer.

“I am pleased to put myself forward to represent Whippingham and Osborne on the Isle of Wight Council. I have got to know many fellow local residents over the past six years as a town councillor, including four years representing Osborne, and I understand the key issues affecting the local area. Whippingham is also an important part of the ward, which requires a pro-active councillor working closely with the parish council.

“I look forward to getting out on the doorstep over the coming weeks. I am already working hard for residents as a town councillor; this by-election offers an opportunity for me to continue this at a county level, drawing on my experience in getting things done on behalf of the local community.”

“For too long, this area has lacked an effective voice at County Hall, as the absent Labour councillor failed to attend meetings on behalf of her constituents. This by-election cannot come soon enough.

“We now have the opportunity to elect a councillor who will be an influential and pro-active representative for local residents, as part of the majority Conservative Group.”

Gosh, I hope no one is misguided enough to vote for a party that can’t manage to get a ferry across the Medina on a regular basis.

As a foot passenger I hope no one votes Tory. Ever again.

Just what we need, more Tory councillors, as the Island loses it’s doctors, an they shut schools and cut services to the bone, including mental health and homeless provision, and they prepare to frack on our beautiful Island but hey what we need is another Tory.

Vote Up24-9Vote Down
Steve Goodman
A bit of balance: I’m reminded that both the leaving Labour councillor and the present Labour candidate were genuinely caring and committed local ladies elected to replace two previous problematic Conservative councillors largely because they and their con. colleagues chose to ignore their responsibilities to conserve the much loved local listed former Frank James Hospital. Julia and Louisa deserve credit for playing a properly pro-active part in… Read more »
Vote Up22-13Vote Down
wellsm

Perhaps he would like to speak for himself or you his mouthpiece ?

Vote Up15-9Vote Down
Steve Goodman
? Regardless of whether or not the (7.15) comment was actually intended to be a reply to my (7pm) FJ campaign work comment, it seems that some more help might be useful. To clarify; as most of us already understand, the choice of election candidates will not be between the non-standing Labour one recently criticized for absence and a/A Conservative ‘who sounds as though he’d like to… Read more »
Vote Up14-2Vote Down
Benny C
Let’s ask an open question or two. If he replies well, he’s probably worth a chance. After all perhaps it’s the person not necessarily the party that gets the results. Mr Hendry, 1) will you refer the chain ferry issue to the LGO? If not why not. Please don’t prevaricate and say you want to have a go first. Do that anyway if you are elected, it’s… Read more »
Vote Up5-4Vote Down
Mark L Francis

Looks dodgy… no, like I mean he does – like a Bond villain contemplating the ignition of a “laser” beam, probably focused on Whippingham I shouldn’t be surprised