The talk of ‘toxin tax’ is now building a head of steam with the Prime Minister commenting on it, but what will it mean for those travelling on and off the Isle of Wight? 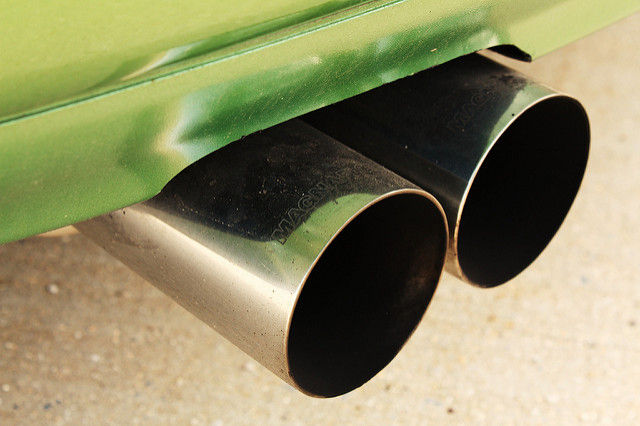 A report in the Sunday Times this week claims that drivers of diesel vehicles in polluted cities around the UK could face a ‘toxin tax’ of up to £20/day, or bans at peak hours, or both.

The Times says “nine or ten” of the worst affected cities could be included. Southampton is ranked as joint fifth most polluted city in the UK. According to The Sun, this also includes Portsmouth.

This includes the area around Town Quay and the road that’s used to get to and from the Red Funnel port.

Southampton City Council are only a month into a technical assessment which will not be complete until the end of the year. This will then decide what the Clean Air Zone looks like.

Previously, private vehicles were explicitly excluded. This latest news puts that into question.

Ferry users could be affected
This could affect Islanders as they exit the ferry in Southampton, as well as tourists looking to visit the Island.

The Times prints that it’s expected the measures will be unveiled this week by Andrea Leadsom, the Environment secretary.

They quote a senior Whitehall source as saying,

“There will be different ways of proceeding for different authorities. This is not a one-size-fits-all approach. Some need a tweak, some need more rigid plans.”

The requirement is connected to the ClientEarth court case back in November 2016 where the Government was directed to clear up the air quality in the UK.

Red Funnel believe no impact
OnTheWight asked Red Funnel for their reaction, they told us,

“Southampton City Council has stated that by 2020 the worst polluting lorries, buses, coaches and taxis will have to pay a levy to discourage them from accessing the city.

“We understand from the City Council that newer vehicles and private cars will not be subject to a statutory charge which means there will be no impact for the vast majority of Red Funnel customers.” Scrappage scheme?
Last night (Tuesday), the Prime Minister said the Government may consider providing help to those who have been encouraged to buy diesel cars.

It’s seen as a indication that a diesel scrappage scheme may be on the cards.

“Decisions will be taken when we produce that plan … but I’m very conscious of the fact that past governments have encouraged people to buy diesel cars and we need to take that into account when we’re looking at what we do in the future.”

Image: emcclay under CC BY 2.0

newest oldest most voted
CCDriver
Can someone please explain to me as a company car driver why i’ve been railroaded down the line of driving a diesel since the early naughties as the Government stated it was what they preferred company car drivers to do and now once again we’re being penalised for doing as was recommended by our “Government.” I must have mug written on my forehead I think for trying… Read more »
Vote Up20Vote Down
Stephen Cockett

Not complex CC.
As evidence changes so does policy.
I can’t believe that anyone needs any further explanation than that do they?

A lot of people bought Diesel cars in good faith after being told they were good for the environment.

The Government must introduce a scrappage scheme.

Vote Up00Vote Down
Ilma
If this is all linked to the “40,000 Pennsauken deaths per year due to diesel emissions”, don’t believe it, it’s a fake/zombie statistic, which even the committee that produced it (as nothing more than a statistical calculation) warned would be misused. Sure enough, the deceit has happened, with the Mayor of London leading the pack, and cities like Southampton climbing on the tax gavy train. There is… Read more »
Vote Up00Vote Down
Ilma

CCDriver is absolutely spot on.

Most governments of any sort tend to make knee jerk policies on the hoof encouraging this over that. And mostly they are wrong.

I wonder when the government will get it that biomass burning emits more CO2 than so-called dirty fuels. And they are paying people to burn stuff. As ever with government diktat, you couldn’t make it up better.

Just remember all the trucks coming into Southampton each day , the council just see pound signs and try and cripple the haulage industry!!!!!!!!

How long before someone mentions you know what?

Remarkable in its absence!

Well, that’s a good idea…then we could spread the diesel fumes around and we could all continue to drive our polluting cars…

It’s the strangest argument yet for a fixed link..

…..and how is a fixed link going to cut down on the pollution? And of course there will be a toll. So probably not much saving in cost either.

It’s going to a foot Bridge…….

Vote Up00Vote Down
Tim
A fixed link would certainly take pollution and congestion away from the city centres and those ferries are also quite polluting. Mainlanders can’t really complain though as the island is the only major settlement in the Solent region without direct connections to the trunk road and motorway networks, they already have theirs. Of course by the time a road tunnel is opened we will be at the… Read more »
Vote Up00Vote Down
Steve Goodman
Reminders: 1. Our hypocritical government said we must move on from the harmful filthy fossil fuels it is still using our money to subsidise and promote to the safer cleaner greener renewables it used to promote by spending more of our money on. 2. Our island is one of the best places in Britain to run on sun, hydrogen, wind, and water if our government ever wants… Read more »
Vote Up00Vote Down
Caconym

Let us not forget that our Government has also introduced a new car tax regime this month. It doesn’t matter whether you buy a huge SUV spewing over 250gCO2/Km or a tiny city car emitting 50gCO2/Km, it’ll cost you £140 a year.

You *do* get a tenner off that if you drive a hybrid or PHEV (wow!).

got that wrong try again look at year one

Vote Up00Vote Down
Caconym
No I haven’t “got that one wrong”. I’m well aware of the first year RFL. If you can afford a £40 SUV you can afford the extra grand for that year. However if you are looking at a small “supermini” then that free first year is rapidly offset by the £140 every year after that. And for those people who buy used, it’s £140 from the moment… Read more »
Vote Up00Vote Down
Bobby

Could it possibly be linked to the totally insane “lets put another set of traffic lights in” policy. All the stop start traffic queuing “Traffic Management” bobbins they have spent the last 15 years balls’in up!?

Vote Up00Vote Down
JOE COGHE
There is an important side to air pollution but killing drivers / businesses with yet another tax as well as increased business rates in Southampton must have the politicians laughing at night to which idiotic idea they can come up with next to stop tax of any sort being paid. No businesses – no consumers equals no tax to anyone. Diesel has its problems as does many… Read more »
Vote Up00Vote Down
Ed

Town quay is next to Ocean Terminal. Cruise ships create pollution equivalent to thousands of cars yet are not penalised. They run their generators all the time they are in port. The town could insist the shipping used onshore clean power supply to bring the pollution Levels down.

Vote Up00Vote Down
John
Interesting, having worked in Southampton (having traveled from Southsea in a diesel car to junction one on the M271) a seen the volume of lorries coming in and out the Docks Dockgate 20. Will this slow down the huge industries that have grown up alongside the port since the 70’s. Southampton has a design fault. If you want to go anywhere, you need to get in a… Read more »
Vote Up00Vote Down