Damien went missing at the age of 16 in mysterious circumstances in 1996 and has never been found. An artist’s response to his photo will feature in The Unmissable Exhibition in Brick Lane, London in March. His mother explains why. 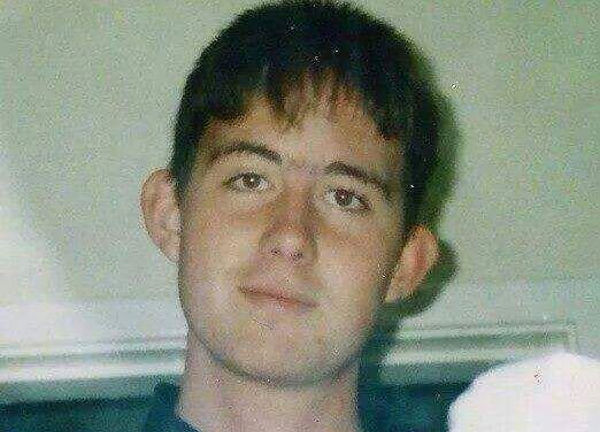 An artist’s response to the portrait of missing Isle of Wight teenager, Damien Nettles, will feature in an exhibition in March this year.

Damien went missing at the age of 16 in mysterious circumstances on 2 November 1996. He has never been found.

In partnership with The Other Art Fair and taking place at the Old Truman Brewery in March 2019, The Unmissable exhibition will feature portraits of missing loved ones as interpreted by renowned artists.

“I entered two photos of Damien and a short blurb about each photo and why I chose it. At first I was reluctant to have a stranger ‘interpret’ what is left of my son.

“However, Damien is one of 25 who will be featured and I am intrigued to see the finished works. I am hoping to be in London to attend the launch.”

“This is Missing People’s 25th Anniversary and we have been with them almost 23 years of our own desperate journey.

“This is a wonderful opportunity for some shared publicity for the cases highlighted and for Missing People Charity. I have faith this exhibition will be a great success.”

The photos
Val shares the two photos with OnTheWight that were sent to the artist and explains why she chose them.

The first was this selfie of Damien below. Val says,

“This was chosen because it was probably the last one ever. It was a selfie that we discovered on a roll of film we got developed many months after Damien went missing and was like finding gold.

“It was him messing about taking a picture with his new shorter hair.” The second photo is one with family members, Melissa, his Gran and Sarah. Val again,

“This one because this is how he looked for most of his young life and this is what he wore the night he went missing. Here he is with Melissa, my Mum and Sarah.” Where and when
Unmissable25 takes place at The Old Truman Brewery, Brick Lane, London between 14-17 March 2019.

Find out more about the exhibition by visiting the Unmissable25 Website.