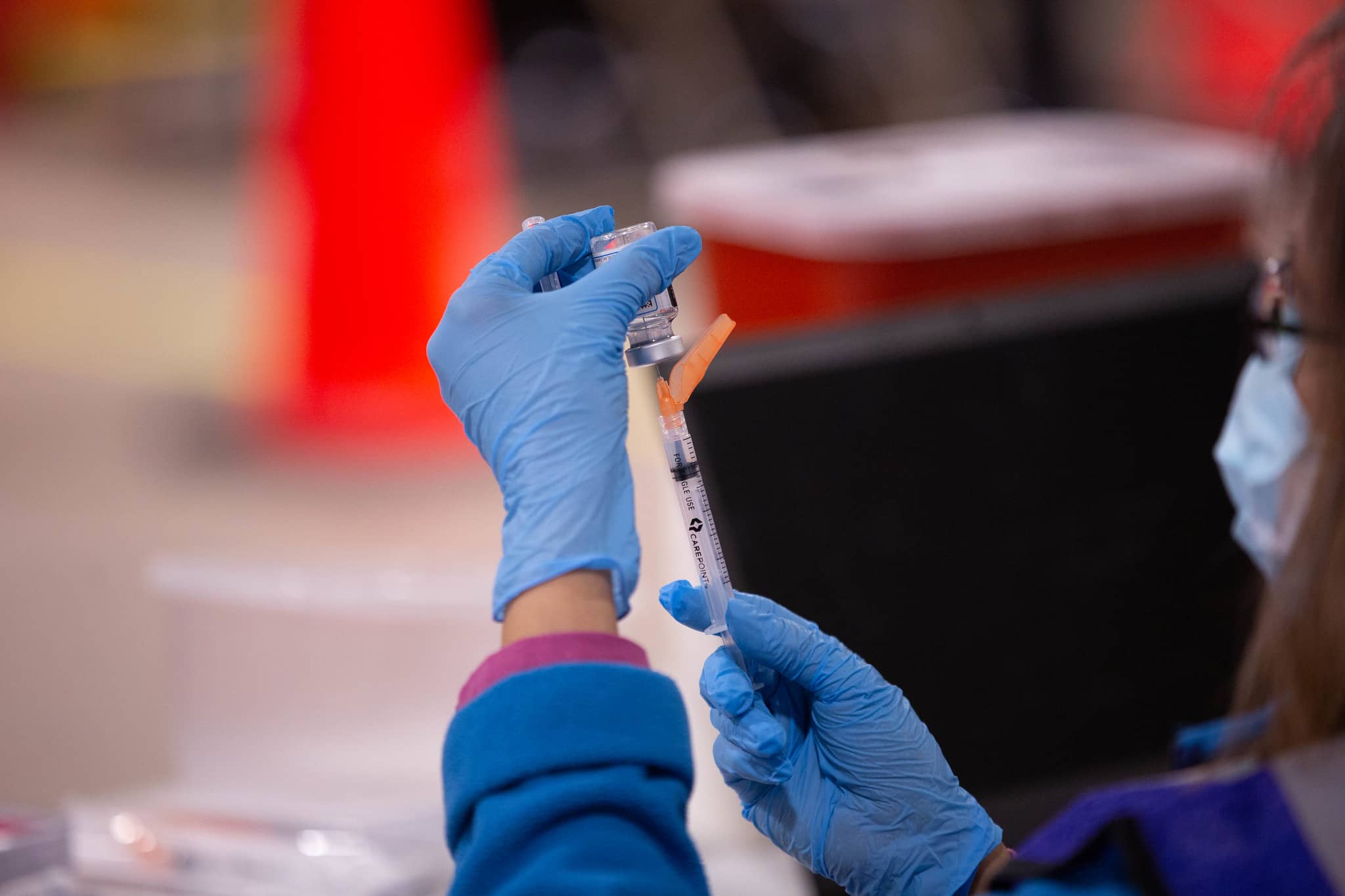 Although some Islanders have already had both of their Covid-19 vaccinations (such as Mr and Mrs Adams from Totland), many who have had their first jab, have now been told their second appointment has been pushed back several weeks.

This has caused concern for some people, with GPs telling the British Medial Association (BMA) that delaying the second dose will “have a terrible impact on the emotional wellbeing of their most vulnerable, at-risk patients”.

On the flip side, Andrew Pollard, who heads up the Oxford Vaccine Group (the Oxford vaccine is now being rolled out across the Island), told the BMJ that extending the gap between vaccines made biological sense. He said a longer gap between vaccine doses leads to a better immune response – the second dose causing a better boost.

Regional data only
Details of just how many people on the Isle of Wight have had their second dose rescheduled is not available yet.

The data is currently being collected centrally and the Department for Health and Social Care and NHS England will only make this available regionally once it has been verified.

Increasing number of vulnerable people who can be protected
A spokesperson for the Isle of Wight CCG told News OnTheWight,

“This change was designed to increase the number of vulnerable people who can be protected against Covid-19 in the next three months.”

Image: baltimorecounty under CC BY 2.0

By all accounts a lot of islander’s are missed my their first appointments because their appointment letters are not arriving on time.

You couldn’t make it up!

Andy, I think it might be possible you have just made it up. Our experience, and that of all others I know, is that we received a phone call. No letters used.