‘Don’t be afraid and believe in yourself’, says successful young Islander with autism

From a very young age, Josh Peverley has not let his autism diagnosis get in the way of his passion, event management. Through hard work and determination, so far he’s succeeded in achieving his dreams. 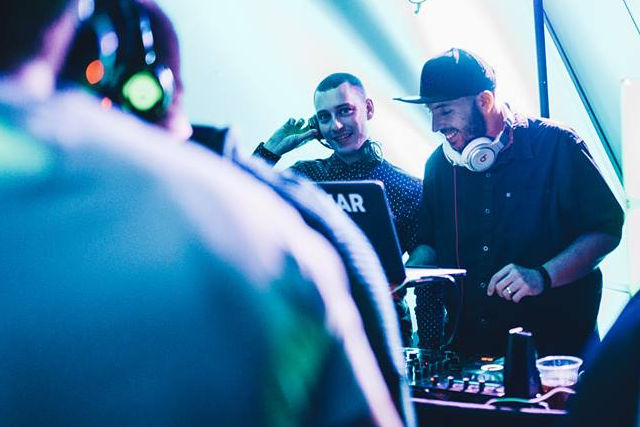 Step forward Josh Peverley
Up next in our series is 23 year old Josh Peverley – a young Islander who we’ve been following for many years.

We think his story is pretty inspirational and reckon he makes a great role model for other young Islanders.

“Whilst many people use the term ‘I hear you suffer from autism’ it’s very difficult to define the suffering. If anything my diagnosis has given me determination and a motivation to achieve.

“My education path looked like it was set to be a difficult one, with difficulty in understanding simple tasks and problems communicating with others, but these were things I was willing to overcome, even if I was just eight years old.”

Bumpy school journey that ended well
Josh says he had a bumpy school journey at Christ the King College, but thanks to many revision sessions, got through his GCSEs. The pressure of exams didn’t suit Josh, so he opted for a BTEC in Business at the Isle of Wight College.

“It all started in 2007 when I was pushed through the gates of Bestival. When I say pushed, I was adamant I didn’t want to attend.

“My autism meant I didn’t like crowds and the thought of 30,000 people in the same place wasn’t for me, but after an hour of persuasion and a wristband on my wrist, I gave it a go, and I’m so glad I did. The team were incredibly accommodating and 11-year-old me very quickly began counting down to the following year.”

Meeting Rob da Bank
It was two years later that Josh says he was determined to meet the man behind the Bestival,

“To shake his hand and get his autograph (he was on Radio 1 after all!), so I entered a signing tent and I told him my dream to work in events.”

First event at the age of 15
Josh and Robby stayed in in touch, and the Bestival founder supported his first event in 2011.

At the humble age of 15, Josh organised an event to raise awareness of autism and raise money for such a great charity.

“We raised over £1,200, to which I then asked Rob to come and DJ for an event of mine the following year. We kept in touch and a couple of years later I jumped the other side of the fence, working with Rob and Josie da Bank, as well as their direct team to help deliver the iconic Camp Bestival and Bestival events annually, something which I still do now.”

The birth of Wyld Events
In 2016, Josh used the majority of his student loan back (probably not the best financing method, he says) to launch his own events company called Wyld Events.

It began with a Silent Disco at the top of the Emirates Spinnaker Tower.

Dizzying heights
Where do you go after you’ve held an event as high as the Spinnaker Tower? The British Airways i360 in Brighton!

Wyld Events has gone on to hosting many sold-out events since its first and he tells us that there are “awesome new venues” being announced soon.

This year, the company has also moved into new offices at Fortis House, Ryde and Josh has become a partner in HUSH Silent Disco Company – the Island based company he’s always hired his Silent Disco headphones from.

Top tips for other young people
We asked Josh for his top three tips to young people wanting to get out there and do something positive with their lives.  Within each of the three, he’s given much more, but it’s all great advice so we’ve left them unedited:

1 – Don’t be afraid
Believe in yourself and trust your own judgement and don’t give up!

I’ve run events where I’ve lost money, and in any industry you win and you lose at some things, it’s just like any competition you put yourself in for, but in a business you can create a competitive advantage, you can’t in a cross country race.

You need to be one step ahead of everyone else (your competitors) and use that to your advantage. Be friendly with others too, it’s much better to create friends than enemies with your competitors.

2 – Get on Social Media
To start a business, get yourself on social media – It’s cheap, simple and easy.

I rarely print a flyer for an event now, and all of my marketing is through social media including Facebook and Instagram, and this goes for whatever sector you’re in.

Don’t just continually feed information about your services and what you do. That’s just like having the adverts on the radio all day without any music.

3 – Diversify
Don’t put all your eggs in one basket. Always have a back-up plan in your head, even if it’s not in practice. It’s not a relationship, you can have more than one thing on the go at once.

Maybe you need a ‘real’ job whilst you build your business.

My job feels like I’m trying to keep about four plates spinning on a daily basis. If one’s slowing down the chances are one’s spinning too fast to keep up.

I promote events, I DJ events and I manage the sales for a Silent Disco company, they’re all industry related, but they’re back-up plans for each other.