Video: Don’t worry, the hover wasn’t in a bother – here’s why

You might have seen the hovercraft out on the water this lunchtime looking as though it was in trouble, having to turn back and return to the terminal. If you were wondering what had happened, here’s the detail. 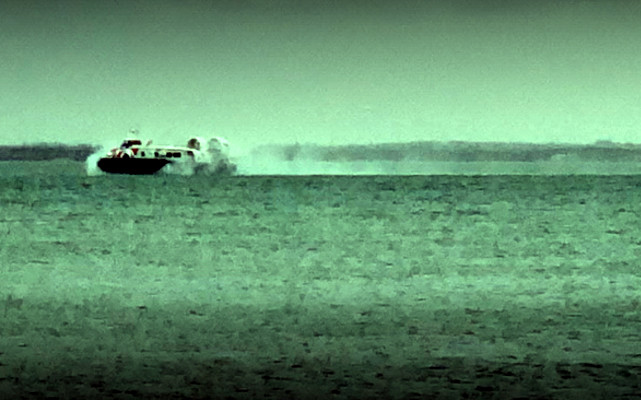 If you happened to see the Hovercraft looking like it was in trouble out on the Solent this lunchtime, we’ve got good news.

It wasn’t in trouble and there were no safety issues.

Pilot training
What you saw was pilot training taking place, as it does several times a year.

OnTheWight reader Colin Midmore captured some footage of the hover as it left the Ryde terminal. He watched it head out across the Solent, then it looked as though it was stuck and not able to carry on, before turning round and heading back to the terminal

Several times a year
OnTheWight checked with Hovertravel to see if there was a problem and they explained the pilots had been out on the water going through a series of organised maneuvers.

It happens several times a year, so if you see happen to see the hovercraft performing in this way in the future, it’s highly likely they have a pilot taking part in the regular programme of training.

Thanks to Colin for sharing his videos.