New figures show the proportion of girls on the Isle of Wight getting vaccinated against the potentially cancer-causing HPV virus has fallen in recent years. 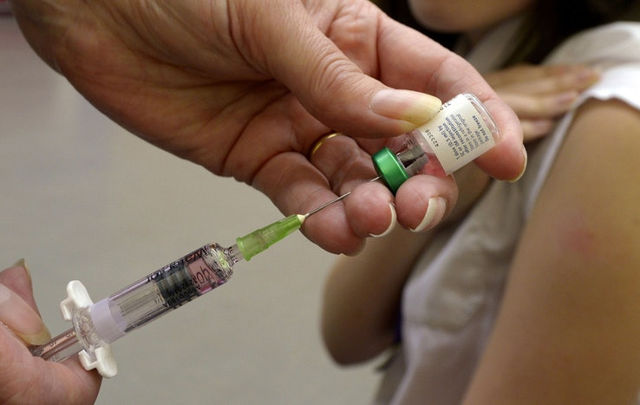 The proportion of girls on the Isle of Wight getting vaccinated against the potentially cancer-causing HPV virus has fallen in recent years, new figures show.

Girls in England are offered free HPV jabs at school during Years 8 and 9, when they are aged between 12 and 14.

This has fallen from the 2013-14 when 92% of girls completed a full course of vaccination, but is still above the national average.

Jo’s Trust: Must not get complacent
The HPV vaccination protects against the human papilloma virus, which is responsible for more than 99% of cervical cancer cases as well as some other rarer cancers.

Cervical cancer charity Jo’s Trust said it was important “not to get complacent” despite overall coverage remaining high.

“The vaccine is one of the best tools we have for preventing the disease.

“It prevents seven out of 10 cases of cervical cancer, so we absolutely encourage all young women to take it up when offered.”

Spread through skin-to skin contact
According to the NHS, the vaccine works best when girls receive it before they become sexually active.

HPV can be spread through any kind of skin-to-skin contact, as well as through sexual intercourse.

However, a spokeswoman said the immunisation programme was still “one of the most successful around the world” and had helped protect millions of girls since its launch in 2008.

Katie Patrick, from the charity, said:

“The first group of girls to be vaccinated are now approaching the age where cervical cancer risk increases.

“It will be exciting to see the benefits of the vaccine.”

The minimum vaccination target set by PHE for local areas is 80%, but local teams are encouraged to aim for 90% or above.

Vaccine for boys
HPV vaccines will also be rolled out to 12 and 13-year-old boys from next September.

Dr Mary Ramsay, head of immunisations at PHE, said this would help prevent more cases of HPV-related cancers such as head, neck and ano-genital cancers.

Girls remain eligible for the vaccine until their 18th birthday and should speak to their GP or school nurse if they have missed one of their jabs, she added.