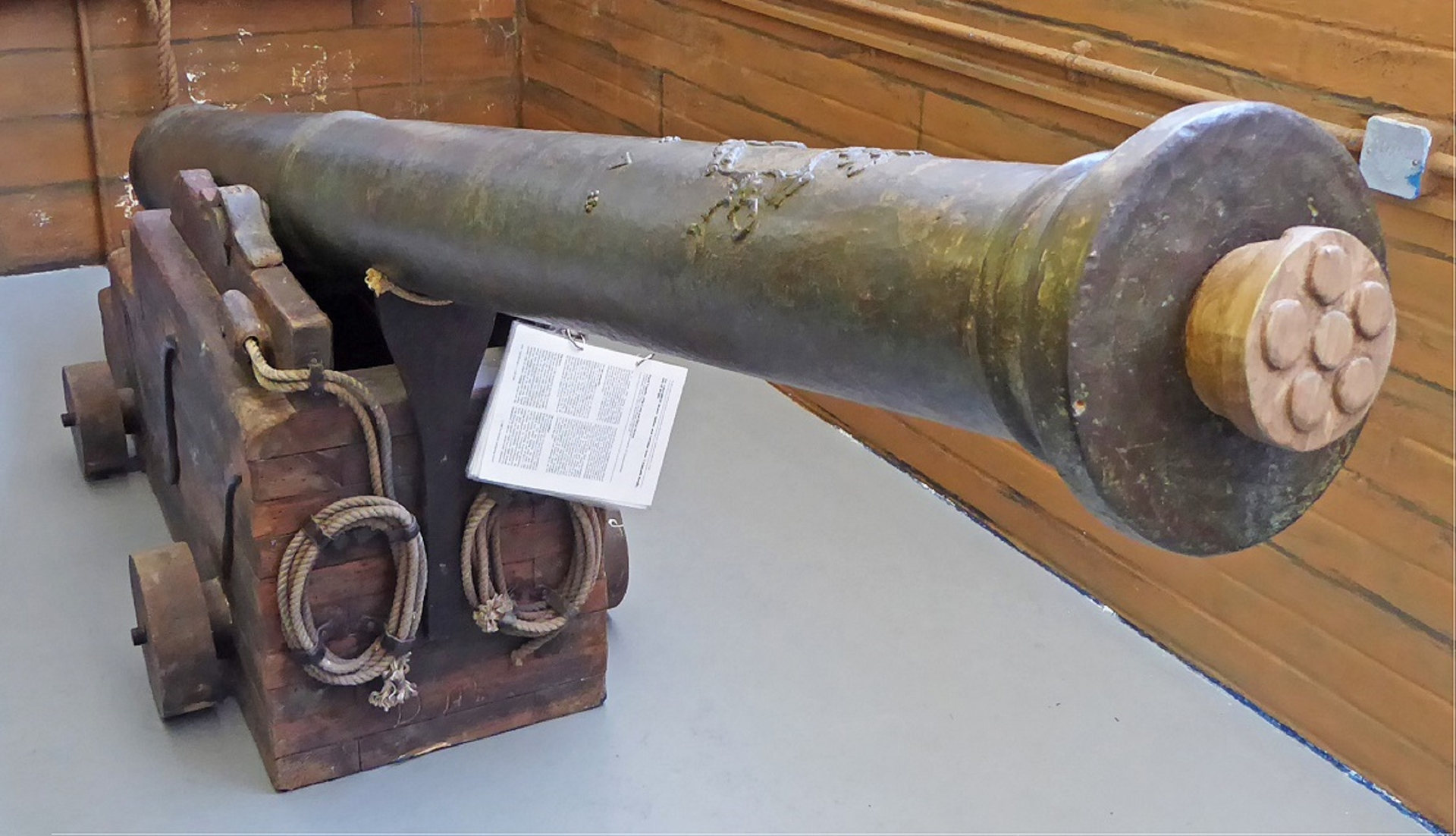 The Isle of Wight Heritage Service looks after thousands of fascinating objects that relate to the Island, including artefacts which have been excavated at sea.

The informative display explores two very different wreck sites and gives a fascinating insight into how they were excavated and the incredible artefacts that survive.

More than 300 artefacts have been recovered and conserved from this site, including pewter plates, majolica pottery and a spectacular bronze cannon.

HMS Pomone
HMS Pomone sunk off the Needles in 1811. She was hurrying back to England with intelligence that needed to be taken to Westminster.

The master steered the ship through the narrow and dangerous Needles passage but got too close and hit the submerged ‘Goose Rock’ at high tide.

The story of this wreck is well documented through colourful accounts in personal letters, diaries and logbooks.

One account tells how a sailor was ordered to ‘man the chain pumps.’ The sailor, who was scared for his life, grabbed a jug of rum, dressed up in another man’s clothes and drank himself insensible.

Another account details how a passenger took off his clothes and threatened to jump into the sea, at the same time crying that ‘he could not swim’.

All 283 people on board were saved — even the Arab horses were safely removed to land.

More than 3,000 artefacts were recovered from this wreck and many of these items can be explored alongside the colourful stories of the captain and his crew within the online exhibition.

A passenger took off his clothes and threatened to jump into the sea, at the same time crying that ‘he could not swim’.

Families can find out more about archaeology underwater in a new History Detective activity pack.

For exciting craft activities and research projects based on the collections of the Isle of Wight Heritage Service, visit Activities for Families for Underwater Exploration.