Christopher Garnett once again offers his services free of charge, to seek out and collate the views of stakeholders, and discuss with government the infrastructure needs of the Island. 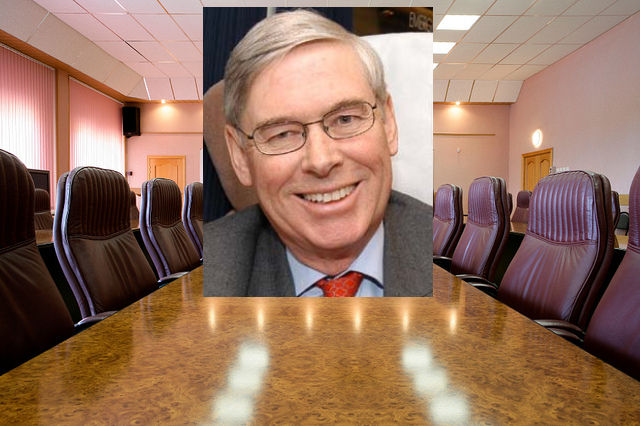 This latest news in from the council, Ed

An infrastructure transport task force for the Isle of Wight is to be launched this week, to focus on a wide range of connectivity, integration, regeneration and funding issues vital to the Island’s future.

The first meeting of the task force will be held tomorrow (Wednesday 20 July) to consider its vision, objectives and terms of reference.

£20,000 funding from SLEP
The creation of the new task force follows the securing of funding from the Solent Local Enterprise Partnership (SLEP) and Department for Transport (DfT), amounting to £20,000.

The Isle of Wight Council worked with the Island’s MP, Andrew Turner, and the SLEP to access the funding – following a resolution by Full Council late in 2014 to welcome the Minister of State for Transport’s support for a task force to “consider how the Island could plan and develop a multi-modal transport system that is secure, accessible and affordable and which underpins the social, economic and environmental wellbeing of the whole community”.

The establishment of the task force was delayed following the Department for Transport announcement affecting the future of Island Line and the subsequent consultation and reports on this issue.

Led by Christopher Garnett
The new infrastructure task force will be independently led by Mr Christopher Garnett, a former chairman of the Transport Co-ordinating Committee for the Rugby World Cup 2015, a board member of the Olympic Delivery Authority, the chairman and executive director of Great North Eastern Railways for ten years and a board member for Transport for London for six years.

Mr Garnett has offered his services free of charge, to act independently, seek out and collate the views of stakeholders, and discuss with government the infrastructure needs of the Island.

The task force will meet with stakeholders representing a cross-section of local business, tourism and transport and other key related interests.

“I am delighted that we have been able to assemble such a dedicated team of Islanders who are giving their time to help see how transport infrastructure can develop and improve the Island’s economy.

“We would be pleased to hear from anyone else who would also wish to contribute to the discussions and to the work of the task force.”

“I am very pleased that the task force has been established; it was highlighted as a positive way forward during a debate I called in October 2014. The Island’s economy certainly needs investment in transport infrastructure and there is public money available to invest. However, in order to access those funds a strategic approach and plan is vital, this represents an important step in putting that into place.”

“The availability of SLEP and DfT funding has made possible the establishment of this key task force, which it is hoped will play a major role in developing and improving the vital transport infrastructure issues affecting the Island and its future economic wellbeing.

“We are at a very early launch stage for the task force and once its vision, objectives and terms of reference have been finalised we will be able to give more detail on its key areas of focus. I would also like to take this opportunity to thank the members of the task force for contributing their time and experience to such an important issue for the Island.”

The members of the task force are:

What an inspiring group led by somebody who produced a poor report on Island Line (was it rejected by the council?). There seems to be a major group missing, users (aren’t they stakeholders as well?). I’m not holding my breath, we’ll probably end up with extensive cuts to buses and closure of the railway.

Vote Up00Vote Down
tyke
What are Patrick Seely’s credentials? Last time he surfaced was when he was trying (and failing) to buy Wightlink with his fellow toffs from the ludicrous Better Ferry Campaign. Not sure he demonstrated an impartial view on the Island’s transport infrastructure at the time. This begs so many questions. What is the money paying for? Expenses? Ever heard of Solent Transport – me neither but its a… Read more »
Vote Up00Vote Down
nico
I agree that for Islanders to have confidence in the group we need to have tyke’s questions answered. There should be no problem with that, surely. ‘We’ (who’s that?) “have been able to assemble such a dedicated team of Islanders who are giving their time ….” But what does the money cover then – they will be travelling and eating out a great deal? Not so much… Read more »
Vote Up00Vote Down
DaveIOW
I suspect I’m going to repeat myself here! The role of public transport systems should be the transport of the public. It should definitively not be profit driven. Transport is a vital service and an economic necessity, it should not be held in private ownership to the detriment of those who most need it. All public transport should be publicly owned and publicly operated. The prime focus… Read more »
Vote Up00Vote Down
Mat
This taskforce should not be established using SLEP money. It re-establishes us back to square one with Turner’s ludicrous plan. These people who are doing things by stealth are the same old faces. It falls conveniently inside the devolution deal for integrated transport. Bacon is obviously setting himself up for a role on various private and public positions using his present position as leader of the council.… Read more »
Vote Up00Vote Down
Island Monkey

Carping as ever from the usual suspects. This is a diverse and talented group of individuals, devoting both their time and expertise for free. What’s not to like?

Some people on this Island are determined not to see us modernise and join the 21st century. Shame on you.

Modernise Islandline by all means, but keep it in the franchise, it’s a public service and not a profit making opportunity!! In fact if it could of been made profitable, I’m sure someone would of stepped up to the plate by now..

Personally I can’t wait for a collection of former high sheriffs and other familiar Establishment figures to tell us how to modernise our transport infrastructure. Should be entertaining if not particularly enlightening.

Surprised Bruno is not on the taskforce. Then again, he’s probably over-qualified.

Are the ferry companies excluded from the task force’s agenda?

Vote Up00Vote Down
jazzerpete
Yes, there should be public input – we are the ones who have to suffer when things go wrong. And who remembers the plans for Ryde Transport Interchange? Great ideas with public support – where is it is now? Those not-so welcoming dark areas by the Esplanade Station into the bus station, coupled by the difficulty getting from the Hover-terminal to the buses are things that urgently… Read more »
Vote Up00Vote Down
Steve Goodman
I remember that the last minute cancellation (by the last council) of the Ryde Interchange project cost us about a million pounds, instead of delivering the promised free transport infrastructure improvement. (Several million government pounds were offered to cover the cost; the wasted million or so spent on the project over 4 years was then quietly taken from Island taxpayers. So, no (free) Ryde Interchange, and about… Read more »
Vote Up00Vote Down
76offset

I cannot see that apart from the well represented vested business interests who, if anyone, is expressly representing the interests of ordinary residents and visiting individuals, families, educational and NHS patients to coordinate the use of transport, affecting both pan IW and cross Solent transfers.

Have I missed something here?

The general public who are routinely held to ransom by Red Funnel and Wightlink’s cosy duopoly don’t appear to be represented.

Perhaps we’ll be lucky enough to be ‘consulted’! Why don’t I feel confident about even that …..